Generation Y Do I Care

Future workers need a kick in the pants 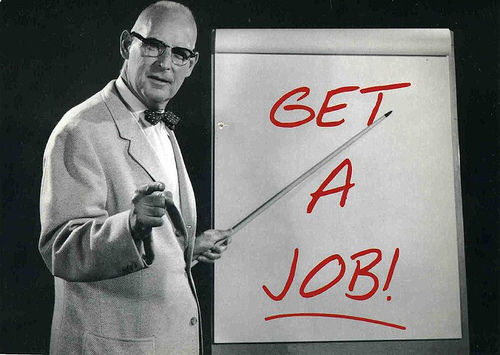 I’ve never had anything handed to me in which, I didn’t work hard for. I started working at age 15 at a dentist’s office as an assistant. It was a summer job and I earned enough money for clothes, accessories, and food. After that job I worked at public swimming pools during the summer months from 2009-2012. My parents were and still are middle-class workers, who never told me to find a job-I wanted to work. My point to this intro is the average adolescent, teenager, and young adult at one point in his or her life needs to get a job. Because your parents are not going to provide for you forever.

And what I have seen so far is dismal and depressing.

Now a lot of people I know, friends, classmates, acquiescent, have jobs that pay enough for them to pay a couple of bills, and they can help out their families with payments also. However, the kids I see or hear about nowadays depend on their parents for everything. I understand that college tuition is sky-high expensive, and the majority of students depend on their parents to pay for college. However, once you’re going to college students should get a part-time job to pay for books, food, clothes, gas money, a cellphone bill, or car payment.

In a PBS Newshour report, “About 6 million young people ages 16-24 are neither in school nor working.”

The report adds that, almost every state in the nation saw an increase in poverty. These young people need to obtain a skill in order to maintain a salary that can keep their heads above water. The future doesn’t look bright for young adults, and other generations have the right to put the blame on us.

A lot of older generations are blaming young adults for their habits when they connect to the Internet. Young people are to blame when it comes to taking pictures of themselves (selfies), and watching YouTube videos all the time. However, young people just don’t want to work for success-just like the Internet they want success as fast as possible.

Let’s talk about the new viral trend call “selfies.” A selfie is when a person takes a picture of themselves on their smartphone or camera and they upload the picture to any social media network. Now people have been taking self-portraits for hundreds of thousands of years. Because of smartphones and tables, and new fast technology on the Internet the selfie was born.

There is even a song.

This song may decease your IQ score. I am not a techno-electronic music person, and I would enjoy if selfie was taken out of the English language.

However, our generation has rubbed off on younger generations as well. My boyfriend’s mother works at a daycare in the area. She has told me some stories about how the children act when they go to daycare. She said, “Some of these kids are extremely spoiled when they are home. The parents of these kids give them everything they ask for, just to keep them occupied and out of their hair.” 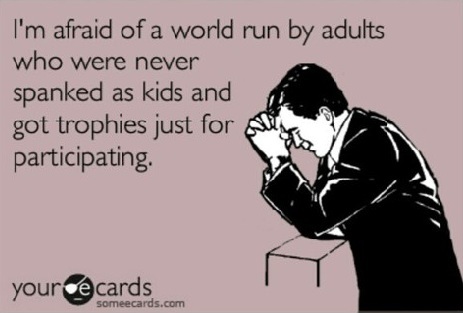 She says the parents who give their child everything had these kids later in their life. For an example, the kids in daycare are between the ages of 1 to 5. Some parents are in their mid to upper 40s. So because they worker for most of their lifetime before they decided to have children they don’t have the experience and time to spend with their off-spring.

Now I don’t have kids. And I am not implying that this is considered bad parenting, because it probably isn’t, however, did they think about the sacrifices and consequences that come with having a child, maybe, maybe not.

Kids, teenagers, and adults act lazy, entitled, and demanding more often in an technology-driven world is a result from simply advance technology. It’s extremely simple to sit around and do nothing except play apps and watch viral videos, than go out and work, but your apps and videos are not going to pay the bills.

It comes back to how kids are being treated. My parents treated my brother and I when we achieved a goal-got good grades, graduated from our schools, won a game, etc. It okay to spoil your children with fast food, and sweets-with a moderate amount, but kids are receiving sweets no matter what they do. I feel back when these privileged individuals get punched in the face with the real-worlds’fist. They won’t be able to handle the criticism and pressure that comes with the up-hill battle of success.

I hope to God their parents don’t come to their rescue, or even worse sit in at the interview. Anyway, there has to be something to break the chain of parental dependence. The first thing to do is to confess the problem-the next is to get a job.