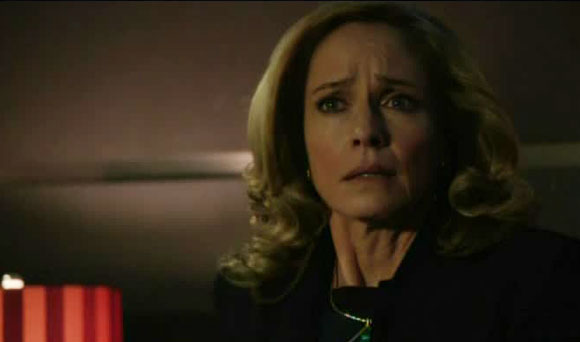 Episode 12 of “Arrow” begins with Thea’s plea after driving under the influence. The plea is rejected by the judge, and her case is sent to trial, which could result in jail time for her.
Meanwhile, Oliver is trying to help in Thea’s case and asks Laurel for help, but he runs into an old friend named McKenna Hall. She is a detective now, working directly with Laurel’s father, detective Lance.
Oliver tries to hunt down the dealer of vertigo, the drug Thea used, to stop the person who is spreading it throughout the city. He uses his connection with the Russian mob to arrange a staged meeting with the vertigo dealer.
During this meeting, the police arrive, including detective Lance and McKenna. Oliver was not in disguise, so when the fight broke out, he needed to hide quickly, while trying to catch the vertigo dealer. When he fights the dealer, he injects Oliver with a sample of vertigo.
While Oliver slipped into an overdose, a flashback begins where he was rendered unconscious by Yao Fei, who used the same technique Oliver used to make it seem as if he killed someone when he actually just slowed his pulse. It is made clear that Yao Fei likely taught Oliver the skill.
The story goes back to the present, where Diggle retrieved Oliver’s body while he overdosed, and Diggle gave him a healing herb Oliver had on the island.
Shortly after, police arrive at the Queen’s home, and McKenna placed Oliver at the scene of the fight from the night before. Oliver says he just tried to get a look at the dealer, and for some reason, that is enough for the police to back off.
Oliver had Diggle analyze the drug and make some for Oliver’s use. He then infiltrates the vertigo dealer’s base and fights everyone inside, leading him to the dealer named the Count. Oliver injects the Count with the drug as police arrive, and escapes.
The Count overdoses from the vertigo, and is sent to an insane asylum from the heavy effects of the drug.
Laurel is able to get her father to give Thea community service and probation instead of jail time.
The episode ends with Felicity showing Oliver the list of names that Walter discovered. This is an exact copy of his own list.
The next episode picks up with a man named Cyrus Vanch being released from prison. He goes directly home and stabs the man who turned him in.
The story moves into a flashback, with Oliver having been thrown into a waterfall by Yao Fei under Fyers’ orders. Oliver survived, with directions to a plane wreck that Yao Fei slipped into his shirt pocket.
The story moves back to the present, with Oliver confronting Moira about the list, and her claiming she knew nothing about it.
The scene ends quickly and moves to Laurel, who discovers Vanch’s release from prison. She is in disbelief because of his outstanding record, including suspicion of 52 murders. She calls the Hood with the phone she stole from her father for help, but is kidnapped by Vanch shortly after.
The flashback begins with Oliver finding the plane wreck, and a man inside it named Slade. Slade learns that Oliver was sent by Yao Fei, and decides to train him to help get off the island.
Oliver attacks Vanch’s home, but Vanch was prepared. He had 24 guards, knowing that the Hood only carried 24 arrows, so when Oliver got to him, he would have nothing to shoot him with.
However, detective Lance arrived, and was part of Oliver’s team after realizing that the only way Vanch could have kidnapped Laurel was having someone on the inside of the police force assist him. With no one to trust, he called the Hood. The two stop Vanch, and Lance nearly kills him, but Oliver stops him in the process.
Throughout the episode, Diggle began tracking Oliver’s mother, Moira, under the suspicion that she had something to do with Walter’s disappearance. She has a conversation about kidnapping him with Malcolm Merlyn, which Diggle recorded. He brings this evidence to Oliver, and he refuses to acknowledge its truth. He planned to get evidence for himself by finding his mother and addressing her as the Hood.
These episodes were very plot heavy like the previous two. However, character growth was not as strong. Very few elements of the plot progressed, either. Oliver showed his biased ways when Moira had evidence against her from Diggle, but the problem was that he refused to even listen to what Diggle had to say until the evidence was irrefutable. Once Oliver did have evidence, he chose to act on it. The best part of the episode was his decision to visit his mother as the Hood.