999 Is a game that challenges your intelligence with various puzzles. This, however, is not your average puzzle game. 999 stands for nine hours, nine persons, nine doors, and is revolved around nine people having nine hours to escape a cruise modeled after the Gigantic (a sister ship of the Titanic) that is sinking. They must navigate through nine doors that lead to puzzles that may result in their deaths if handled incorrectly.

The protagonist wakes up in a cabin, unaware of his circumstances, and the player is forced to seek a way out of the room. This puzzle made me feel like an idiot, as I remember it taking me an hour and a half to complete. Upon escaping, he meets the rest of the characters that will be involved in the game, and the rules are established. One of the characters breaks the rules, and the severity of the game is implemented immediately when he is killed from explosives placed inside his body while unconscious. 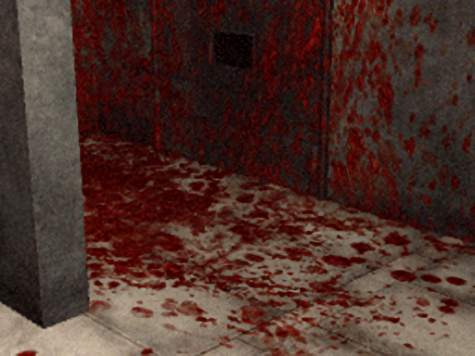 The protagonist, whose name is revealed to be Junepei, must attempt to escape with his previous childhood friend and the other remaining six participants of the game before time runs out.

As the game is played, the format is easier to use because you understand what to look for, and you won’t feel as dumb. I recall finishing a room behind door 8 in about 25 minutes. However, with there being three games, if you take a break between playing them you will feel like an idiot again when a single map takes you an hour upon returning to the series.

The second game, Virtue’s Last Reward is similar to the first in how the scenario unfolds, waking up in an elevator instead. The player must escape the elevator through the difficult puzzle format, and meet up with the other players to escape. The player also remembers a character from his past, although in this case, he can’t remember her right away. What is potentially dangerous is that she remembers him.

The difficulties both games possess are that they are choice dependent. There may be nine players, and nine doors, but that doesn’t mean everyone will make it out alive. If someone meets the qualifications necessary to escape the game before everyone else, they can just leave, locking everyone else inside the game and sealing their fate forever. With each specific choice, even including which room you go into and what characters you chose to bring to your aid, you determine the course of action the game will take.

This feature of the game is the most interesting part about it because it will make the potential winner a target. The character can be killed, and the game can still be played without them if they don’t make it out alive. People will also try to betray you to get ahead. If your character dies, that is the end of the game, but there are multiple endings, so it must be played repeatedly, with the “true ending” only revealing itself when you’ve unlocked all alternate endings to make the true ending possible.

Your protagonist can jump through time and realities in this immersive story, so when you die, it usually turns out to be necessary. For example, in Virtue’s Last Reward, you die to help solve the murder of another player and prevent it from happening in the appropriate time line. You also learn bomb passwords, and have to play through an entire time line to know what to do with them, which makes them important to write down.

Virtue’s Last Reward has implemented the option of allowing the player to choose based on the “prisoner’s dilemma” whether or not they wish to betray a character. This system makes players vote on whether to “ally” or “betray” their opponent, but the thought process is reminiscent of interrogations, implying the name “prisoner’s dilemma”. They cause each side to guess if the other person will hold their word when they promise to vote “ally”, just like friends who commit a crime may promise to stick to the same story. The characters will sometimes lie for their own advantage, however, which can keep them alive. This relates to prisoners selling out comrades to get less time in jail, or none at all.

I have not started the third and final installment of the game, Zero Time Dilemma, but I have great hopes that it will answer the questions left behind by the previous games. Whether or not it does, I anticipate death, multiple endings, and difficult puzzles.