A Video Game Allegedly Taught Me How to Steal

Sly Cooper is a game franchise following the narrative of Sly, a raccoon, and his friends Bentley, a turtle, and Murray, a hippopotamus. The first game’s plot revolves around Sly and his friends going to retrieve the stolen pages of his family’s book, archiving all of the thieving skills they had developed over the past generations. In the second game, Sly must prevent a new roster of enemies from using pieces of the antagonist from the first game. The piec 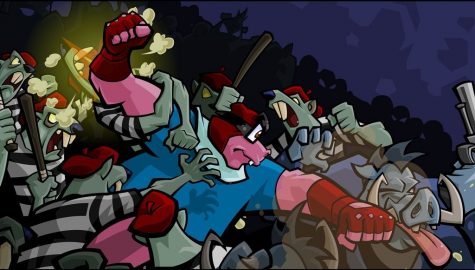 es held individual power, or the power to cumulatively revive the first antagonist. The third game introduces a new villain who helped in the assassination of Sly’s father.

The villain had intended to break into Sly’s family vault, and placed high level security around the island the vault was kept on.

The goal in this game was to request the help of additional members of a team to prepare for an attack on the island that would allow Sly to secure his family vault.

In the fourth installment, a villain with aspirations of being the best thief in the world himself as opposed to Sly and his family, went back in time to steal pages from his family’s book. Having noticed that the pages were vanishing, Sly and his friends embarked on another journey to prevent the history of the Cooper family from being replaced.

I was introduced to the series when I was ten, and I started by playing the third installment of the game, Sly 3: Honor Among Thieves. This instantly became one of my favorite series ever, and I had only played one game. I liked every character, even if they were enemies.

The animation style resembled comic books, and this was a game that wasn’t afraid of darker animation. The stories each one of them held were actually compelling, considering I was ten years old.

He had a technologically enhanced wheel chair that allowed him to navigate, and it had rocket boosters that would function as a double jump, and if upgraded highly, he could triple jump, which no other character could do. He could also plant bombs on people and objects, and he had a magnet attached to his chair to help him steal from people’s pockets. This being a game about theft, everyone had a stealing method. 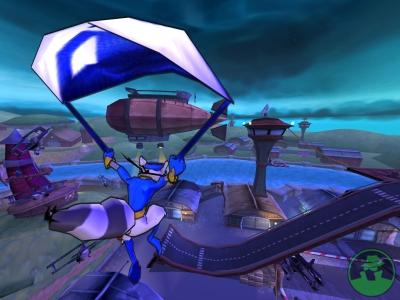 The next of the primary characters available for use was Murray, the physically strongest character. He was also interesting because he had a sort of survivor’s guilt when Bentley got injured.

Between the events of the second and third game, he left the team because he blamed himself for Bentley’s injuries. He didn’t have any weaponry besides his hands, but his punches were probably about as strong as Bentley’s bombs.

His character could be upgraded for stronger punches with flame fists, and his stealth method was the most entertaining, lifting his opponent and shaking out any money they had. It was a legitimate robbery.

The primary character that the player will spend the most time using is Sly, who was made extremely relevant because the plot centralized around him. His family was assassinated, and he is constantly defending their life’s work of theft in one way or another, almost completely stopping him from having his own. Having witnessed the death of his own parents, he is surprisingly humorous.

The game will also occasionally force him to require the help of his own enemies, and one of them aided in the murder of his parents, showing his ability to forgive. When Sly found the former enemy named the Panda King, he was in a trance, and Sly had to enter his mind to get him back out and ask to join the team.

The trance was the result of the guilt the Panda King held for his involvement in the murder, and when Sly entered his mind, he had to relive the fight held against the Panda King from the first game. This showed that the Panda King was reliving the fight every day in his mind, until Sly defeated him again, bringing him out of the trance so he could repent. 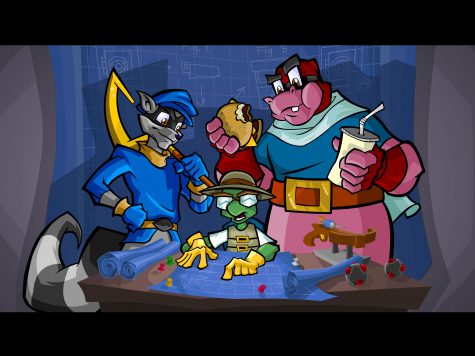 Sly’s gadgets consisted of smoke bombs to allow his escape if he got caught stealing, rocket boots if you were willing to pay for them, and a parachute to glide from high elevations.

His method of theft was using his cane to pick pockets from the hook.The game being centered on thieves actually brought some negative notoriety to it in my home. I remember my mother’s idiot friend that always had a tendency to get in my business told her not to buy the game for my brother and I because it teaches children how to rob houses.

I laughed at how dumb he was, because my mother bought it anyway, and when we played it, a lot of the stealth required impossible actions, like running on electrical wires. It became clear that he had never even played the game first, and it just goes to show that sometimes adults will talk out of t
heir asses just to take the fun away.

The Sly series is one of my personal favorites, and I heard that there is no intention of making another game, which would be devastating because the fourth and final game ended on an extreme cliffhanger. With the fate of the protagonist undetermined, I personally hope that they make the right decision to continue the series.