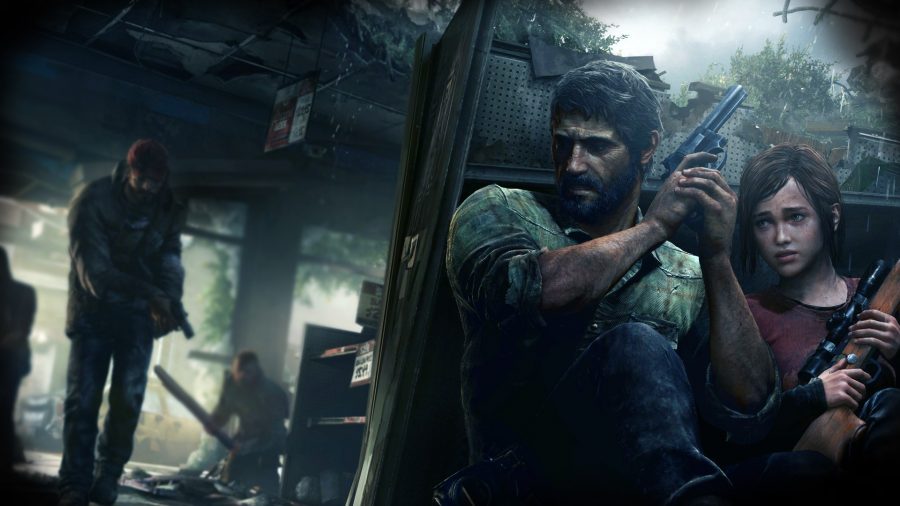 The Last of Us is a survival game where the player controls protagonists, Joel and Ellie as they navigate to a space safe from the virus outbreak that has corrupted their world.

It is regarded as one of the best games in the world, and yet I have never even played it. I just kept hearing the name around, and decided to look into it. Even though I’ve never played it, I have seen the gameplay, and feel as if I need to someday.

The Last of Us begins with the narrative of Joel just before the outbreak, and how he and his daughter deal with the disease as it takes over close neighbors, and the entire city around them. They attempt to escape their city, but his daughter doesn’t make it. The story flashes forward twenty years, with Joel having adjusted to life after civilization has ended. Joel meets a girl named Ellie who has a bite from one of the infected creatures.

This typically leads to insanity within two days, but her wound has been there for so long that it healed to a scar without her having experienced any side effects. This means that she is immune, which must be kept a secret, or others would try to kill her. Joel and Ellie attempt to get her to a disease control center where she can be used to create a vaccine from her immunity. This, unknown to our protagonists, will actually require Ellie’s death because the immunity consists of the use of Ellie’s brain matter.

Part of the appeal of the game is how difficult it looks. I have seen online gameplay, and it requires thinking and preservation of tools. Healing yourself is a realistic element in this game, as you need to have many different tools, like alcohol and towels, and combine them to create a health kit. Also, if you are attacked while creating the kit, you lose it, and the tools which take forever to gather. There are improvised weapons that work the same way, requiring tools to create lock picks and advance further into the game, for example.

In addition to the difficulty and realistic nature of the weapons and healing, the enemies are not easy to deal with. There are other humans that are willing to deceive Joel and Ellie, but their primary enemies are those who have been infected by the virus. They come in a few different stages depending on how long they have survived with the disease. The beginning stages just consist of enemies that are willing to attack you, but can be pushed off. The longer they’ve had the disease, the more their faces split open and develop a hard plating that covers their head and eyes.

This begins the second stage. In this stage, though the enemies are blind, they develop a dolphin-like clicking noise, letting the sound bounce off of objects, and alert them to where a person is. This makes the game very difficult, because if Joe or Ellie moves too quickly or bump into any objects, the enemy can run immediately to you, and cannot be shaken off.

The third stage looks ridiculous to deal with. The protective plating that is over the eyes in the second stage spreads over the entire body, shielding them from your bullets that are hard enough to come by as it is. They release spores containing the disease, which reduce your health. One of the improvised weapons in the game is a bomb, which is also difficult to gain the materials for, but the bombs are some of the only things that successfully damage an infected creature in this stage. The enemies are creative, and add a high degree of challenge to the game.

The Last of Us also experienced such widespread approval for its graphics. The appearance looks almost real, which is remotely unprecedented, especially for a game from 2013. The depiction of vines over buildings that have since gone without use, for example, make it easy to visualize what would happen if the world were to go into ruin. 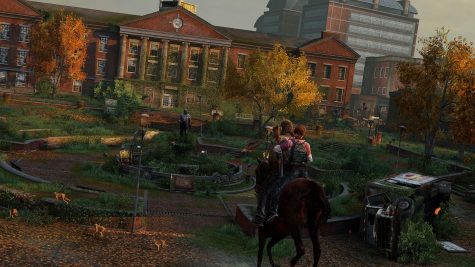 The game is going to continue with a sequel set for release in 2018, and I’d like to play the original before it gets here. However, it is a PlayStation exclusive, meaning that my Xbox One cannot play the damn game. If I rob a bank, I could afford the PlayStation 4, and buy the remastered edition while still going to school, but until then, I mill keep missing out on this alleged masterpiece.