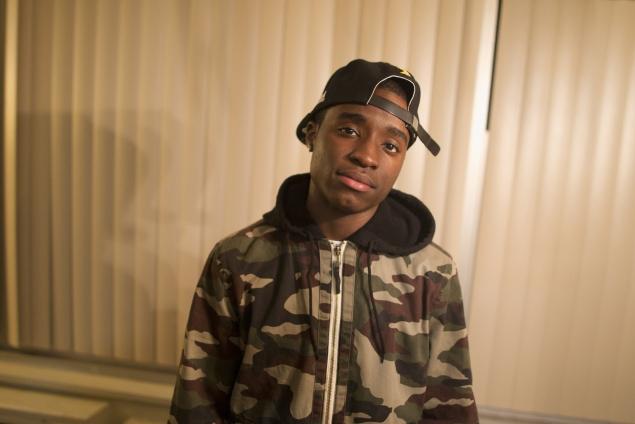 A 19 year old black teen from queens was arrested for shopping…what? Trayon Christian is an average black teen from Queens. An engineer student, Trayon decided to save up money and buy an expensive Salvatore Ferragamo belt at Barneys that cost $349. What was supposed to be a quick shopping trip to buy a belt he has seen online and on his favorite celebrities turned into a nightmare. After purchasing the belt with his debit card, clerks did not react at first, but later notified authorities claiming that it was fraud and the card wasn’t real. After walking only one block he was stopped, questioned and detained. According to Trayon the officers even asked him how he could afford the belt and demanded to see his ID even though the clerks at Barneys saw his ID.

After being detained by officers and spending two hours in the nineteenth precinct station house he was released. The officers returned all his things including his debit card and the belt but then apologize for the incident. Although Trayon was calm throughout the situation cause he was aware that he did nothing wrong he was still outraged by what happened. Trayon returned the belt and is now suing Barneys and the city. He also vowed to never shop there again. Trayon who has never had a criminal history had to experience to what evidence is clearly identifying to be racial profiling. Barneys was also accused of the same incident again but with a female black costumer named Kayla Phillips.

Just like Trayon, she entered the store and purchased a Celine handbag and was later stopped by police on the train. She also was asked how she can afford two thousand-five hundred dollar bag. It’s 2013 and racial profiling, prejudice and racism still exists. If Oprah Winfrey was accused to be unable to afford anything in the store in Switzerland what’s to reassure all minorities that they will not experience the same. Being that a similar incident happened to Oprah, its really easy to believe that this is true. Articles call these incidents shopping while black. Usually in many stores minorities including black and hispanics are followed around the store by employees or by security guards, but to take it as far as questioning someone’s ability to afford something is not only rude but insulting to the entire race.