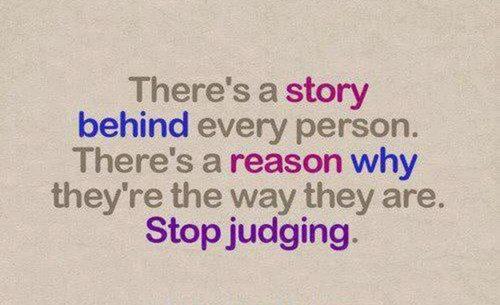 Everyone is different and have something about them that makes them who they are. Many people judge. It’s hard for some to stop when it’s human nature but it’s not fair. That shouldn’t be an excuse anymore. The world is changing and so are people.  There are too many people that are being bullied daily for being themselves. People should not be outcast for the clothes they wear, the color of their skin, their sexuality, their culture, or anything else. It’s not our job to judge and have stigma against people. We need to stop.

It’s 2018 now and we are still judging people based on what is seen on the outside or the way they act. Sometimes the best personalities are those that people can’t understand or doesn’t want to. It’s good to hang out with other people that you aren’t used to hanging out with to get different perspectives and views of the world. You don’t always have to hang out with someone that think like you or views align with yours. Everyone views will not be the same but that’s okay. We don’t all have to be the same because that would make the world a boring place. If you don’t agree with another person, you don’t have to. Just don’t be disrespectful to them and act like your way of thinking is the best way. You’re not perfect and you’re not God, so don’t act like you are above others.

Yes, in the past I use judge people all the time, mostly in my head or to my friends but that’s when I was younger and didn’t love myself as much. I think people that judge a lot don’t completely love themselves or just think they are better than everyone. I can understand if it happens in your head once in awhile because you can’t always help it. However, if everything you have to say something mean or judge someone for being themselves, that’s a problem. Also, a lot of people that judge swear they are perfect or get offended when some else does it to them. Why should you judge and when others do it to you it’s a problem? It hurts or offends you when someone does it , but you constantly do it to others. Seems like something a hypocrite would do. Look i just judged you. It makes you feel a way that I did right.

“Eww, what is she wearing?” “She should have stayed home if she was going to rock hair like that.” “Omg, she sound like a man.” “She dates a lot of men, she is a hoe.” “Stay away from her because she is a lesbian.”

Stop judging. That is not of your business. It does not affect your life in anyway, so why should it matter to you. I don’t understand how people constantly judge and talk about others when there are so many more important things to do.

We need to be more open minded and try to understand where they are coming from rather than judging. The psychological and emotional part of it really affects people. This is is very important because the bullying rate is really high. People are killing themselves because of how others treat and judge them.

Suicide is in the top for cause of death for young people. It is ranked number three according to CDC.There are about 4,400 deaths per year from suicide. Some of them may have done it for reasons but majority is from bullying.

Why can some famous people get away with doing something but when you see a regular person you judge them for it? It’s only acceptable when certain people do it but not others. That’s not fair.

I don’t expect you to stop judging right away when that’s just apart of you but try. Try hard. We need to learn to love and accept each other no matter what. When you show people that you accept them and are not judging them it makes them feel so good about themselves. It makes them feel happier that they are accepted despite being different from you. Maybe if we all tried to judge less then  less people would commit suicide. We all want to be loved and be accepted. We won’t always agree but try not to judge someone for who they are or their views. Your style will not be what another person like. My advice to is to try to look at the world and people more positively rather than negatively. It would make the world a better place. 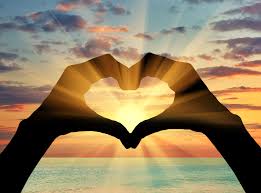