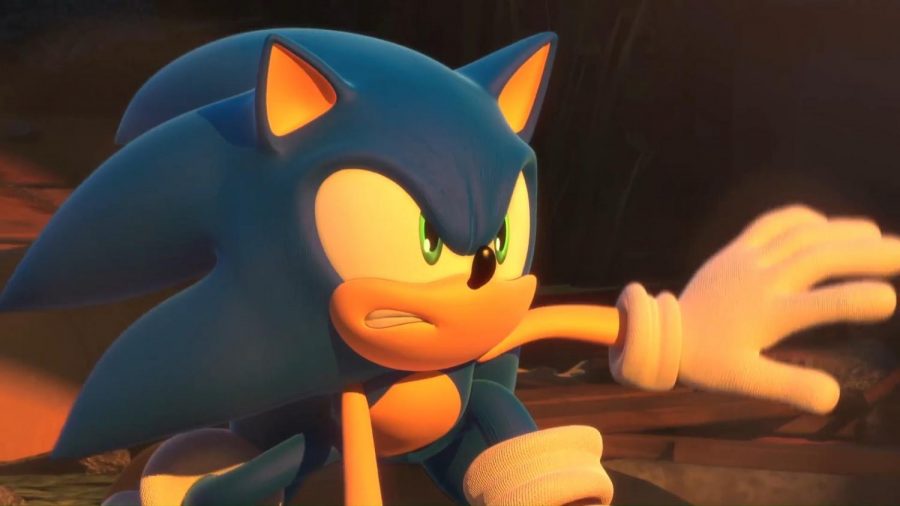 A few days ago, Paramount decided to damn humanity to a fate worse than death.

They’re going to try and make a “Sonic The Hedgehog” movie.

And it’s going to be a live action/CGI hybrid movie like such great feats in cinema like the Alvin and the Chipmunks movie (that currently holds a rating of 27% on Rotten Tomatoes).

Now, I know we shouldn’t judge a movie before its out, the LEGO movie proved that fact years ago, but this isn’t going to happen because we’ve been down this road before. Not with Sonic, but with a lot of popular gaming icons.

For those of you out of the loop, Sonic is the mascot of Sega. Sega was once the rival of Nintendo in the console market but has been reduced to a third-party developer. Sonic’s main gimmick is that he runs fast, and that’s it. Sure, he’s got a list of side characters that borders on the ridiculous. Sure, he’s had some games that had weird gimmicks like turning into a “Werehog” and even once kissed a human on the lips. No, they didn’t make him human for the kiss, he was still a hedgehog. Despite all that, there is nothing a writer can do with Sonic in a movie based setting, relying on the material the games provide at least.

For starters, Sonic is the embodiment of “the 90’s.” That’s what Sega of America wanted to market him as and that’s what they got. He is a time capsule of an era and ever attempts to change him up has led to some of the worst written scenes in Sonic lore. That’s including the kiss. Sonic was not a character for a narrative, he was meant to act as a mascot for the company that wouldn’t get bodied by Mario. That and to be a playable character in games based solely on moving around fast. He is not a Solid Snake or Dante, you cannot give him a movie feel because that was not his damn purpose.

Once the 90’s ended Sonic started to waiver in quality since no one knew what to do with him. It’s only recently that the last few announced Sonic games have been treated somewhat positively in either review or in press coverage. But that doesn’t negate the near infinite mountain of failures Sonic has to endure over the years. Most sane people wouldn’t be confident in a narrative about Sonic after “Sonic Boom.” Not the show that gets a lot of praise, the bad game the show is based off. That’s the level of narrative quality we are dealing with here people.

Now, with all this background in mind, is there anything that you the reader could see being used in the movie in a good way? Sonic’s side characters range from annoying (Tails), edgy knockoff (Shadow the Hedgehog), frog obsessed (Big the Cat), a stalker (Amy Rose) or pure furry bait (Rouge the Bat). That was just a small sample size, a lot of characters get made into one game, then thrown randomly among the others without much thought. Even if the studio stuck to the main three, a major rewrite of all these characters would be needed so they could appeal to a large audience.

Furthermore, most of the stories in the games could never be brought to the big screen since none of the earlier games have a movie worthy narrative in terms of substance. The ones that do have enough material to work into a movie are also some of the worst games ever written. Ranging from plopping Sonic into older stories like the Arabian Nights or just shooting him across space and time, none of them really have that tolerable of a story. Unless you really want to see a B-list actor make out with a CGI blue hedgehog, not as a joke but as a serious and emotional moment, I doubt they’re going to use any of the story-driven games. A new, original story would be needed for this film and that could be what kills a movie adaptation. Contrary to popular belief, the main target audience (the fans) like certain parts of the Sonic canon and lore. Should those certain aspects, whether it be history, character motivations or power sets ever be changed you can bet that they won’t see the movie.

This fact can kill a movie, remember the Mario Bros. movie? It did a lot of retooling and reworking that ultimately lead the film to a stunning 15% on Rotten Tomatoes. You can’t rip out half of what made something popular out of its body and still expect people to like it. This happens with more than half of video game movies and is one of the reasons they generally fail.

The other reason is that video games are an art form that can’t be translated into film. Films are meant to be enjoyed in one sitting, something most story-driven video games aren’t designed for. If a studio markets a game as having two hours of story, at the standard sixty-dollar price tag, the community will rage for seven days and seven nights. Video games go for the “bang for your buck” and pride themselves on longevity. Plus, since gaming has always been sequel driven, a lot of games have lore that would require ten seasons of a television to unpack. That can’t happen in two hours and not even a sequel would due to the pacing in most games.

That’s right, story games aren’t paced as quick fixes, there long journeys with hours of side content. People get attached to those characters because of that long period of time. It’s an attachment of immersion and activity as opposed to the passivity of film. Trimming all that development and attachment down to two hours, three at the most would be a fool’s errand.

And yet Paramount is still going to try to do it. So, since any attempt at dissuasion will never work, let me instead make this request.

Please don’t give Sonic a human love interest. America doesn’t need to see cartoon bestiality. Think of the poor mothers and grandmothers who are going to get dragged to this film.