A More Potent Poison Than Venom 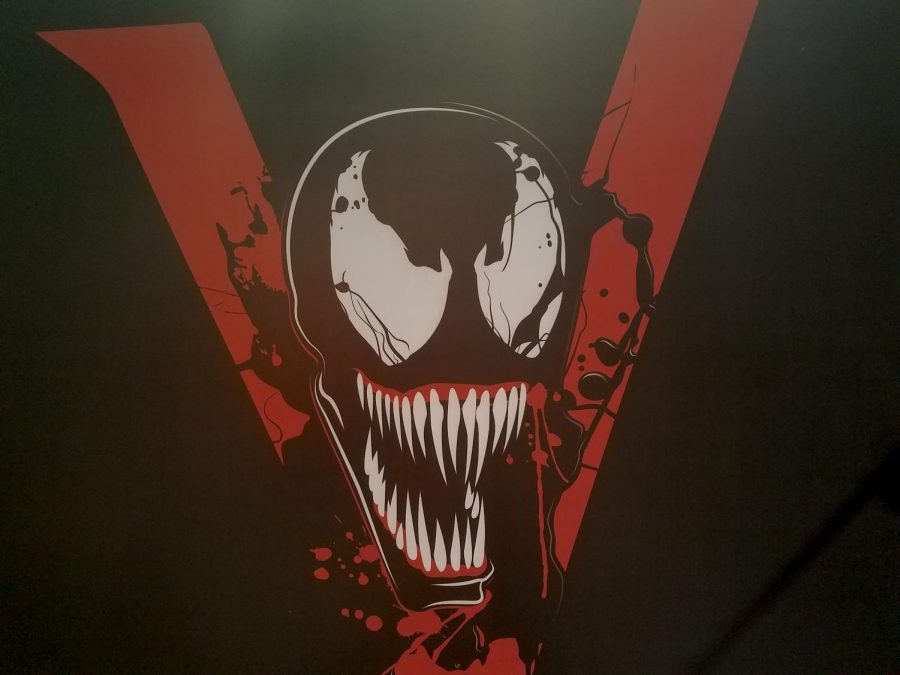 Sony please, for the love of god, step away from the movie rights.

I know you think you’re good at comic adaptations, even though everyone says that you aren’t. I know that you think the success Spider-Man Homecoming has more to do with you and less to do with Disney stepping in to write the whole thing.

I know you want everyone to take you seriously, but there are better ways of proving to everyone that you aren’t completely incompetent.

You could make something original, like something that has no source material to deal with, like Baby Driver. Everyone loved that movie, I never saw it but everyone tells me to go see it. Or, better yet, forget movies and go all in on gaming. I own a PS4, I can tell you first hand that I don’t regret owning it at all.

But this Venom movie, it isn’t the answer, in fact, it’s probably going to kill your credibility.

Like news flash people, the character is known as “Venom” is not the most interesting Spider-man villain in the world. He cannot hold a film on his own since most of his character derives from old web-head.

In fact, let me just give everyone a very quick review of what Venom is as a villain. It’s a black sentient pile of liquid gunk that gets stuck to Spider-man during a comic-book event that gives him enhanced powers and an edgy look that you know stems from the 90’s. It also made Spidey a jerk, so he ditches the suit in a church scene that has been done numerous times before in T.V and the original movies. So, the symbiote, that’s what the liquid stuff is called, latches onto someone else who hates Spidey and the two set out to kill Parker.

Got all that? Its like when a crazy chick gets dumped by a guy so she starts dating his enemies, with some murder splashed in there because why not.

It’s not like the “toxic relationship” theme had any subtlety to begin with.

With this fact in mind, that Peter is the key to Venom’s origin story, why in gods name is Sony trying to make this movie without Spiderman?

The short answer: it’s because they are crazy.

The long answer: it’s because Sony has had this delusion of a Spiderman cinematic universe for years now, but the Spiderman mythos makes it hard to create a series of movies that don’t all revolve around the original Spiderman. Sure, we can use other versions like Miles Morales, Spider Gwen and the rest of the multiverse, but that would require using the multiverse. That can get confusing since a lot of those other characters share the same title, so good luck to the marketing people who have to make each movie feel different.

And don’t say that the average moviegoer could handle, they couldn’t handle Aquaman’s comic book look. They will never be ready for the weirdness that is the multiverse.

Sony does have some other heroes, but they aren’t the blockbuster types like Ironman or Hulk, we are talking about Prowler and Black Cat.

“But Mark”, you might say, “Marvel made fricken Antman popular, you shouldn’t write off a character just because they are obscure.”

And yes, Marvel does take characters that didn’t have a lot of mainstream appeal and somehow turned them into success stories, but that was how Marvel got their start in the first place. They sold the rights to all of their big-name hero’s years ago and had to use what was once considered low grade. Yes folks, Groot and Thor weren’t big household names until after the movies came out. It was always Spiderman and the Xmen that Marvel was known for, both of which weren’t available to them during the early years of the MCU.

Now let’s look at Sony, who owns the rights to Spiderman. They can barely adapt one of the biggest heroes in history to the big screen. Do you really think they could get Prowler to work on the big screen?

No, they couldn’t. They’d find a way to mess it up.

So, with Spiderman’s limited list of hero buddies off the table, that leaves his rogues gallery as a source of film material.

Now that should be easy to do since Spidey has one of the most well-known rogue’s galleries in comic book history, with Batman being his only rival. Adapting it should be easy, “should” being the operative word.

See, if Sony could use Spiderman for anything, then this problem would not exist. But they can’t since he would mean sharing space with Marvel and Disney. Sony is currently stuck working with Marvel on all the mainline Spiderman movies since the last Spidey reboot failed. Sony wants this partnership to be only temporary, so they are trying to get their own cinematic universe off the ground with as few connections to Marvel as possible. If they put Spiderman in any of the villain spinoffs, then that creates an unwanted connection that makes separating the two difficult later on.

Does this problem seem stupid and petty? Yes, is it, but welcome to Sony’s film division.

So now they are trying to make a villain movie without a hero. Yeah, no this is going to be terrible. I foresee a solid 10% freshness rating on Rotten Tomatoes, 11% if they are lucky. I don’t even see this movie getting the ironic kind of respect that The Room and the Star Wars prequels have gotten over the years.

Oh, and did I mention this isn’t the only attempt that Sony is making at spinoff movies?

They also had been considering an Aunt May film, because the term shame does not exist in their vocabulary. Enjoy watching an old woman being traumatized for two hours kids, with the action being interrupted by Sunday mass.

Oh, and how could I forget about Silver and Black, the Silver Sable movie that no one wants. Because they can’t take a hint, we get random bounty hunter pinned against Black Cat. Why even use Marvel characters for this film, you could literally have made this with original characters and avoid all the groans of disappointment. This is a B movie plot, don’t waste Marvel characters on B movie material Sony. You wonder why people hate you and then you go and pull stunts like this.

Lastly, they got an all-female Spider verse film, and if this was any other studio I wouldn’t be afraid of this failing. Now there have been all-female teams in the comics like the Birds of Prey, and people enjoy those comics. So, taking one of those teams and adapting it to the big screen wouldn’t be impossible. You’d just need to have the spine to do it, like most things in comics. Granted, this team would be with a lot of obscure characters that not even the most diehard fans would remember or care about, so that would be a hurdle to overcome in the writing. Plus, Spidey never had an all-female team before, so they wouldn’t have the luxury of source material to go back on for inspiration. It can still be done, however, with the right director.

But it’s Sony, and that’s the problem.

When selling a movie, a studio needs two things to ensure a decent turn out at theaters. The first is marketing, which is normally covered quite extensively, and the second is trust.

The audience must trust the studio, they must believe that they didn’t make a terrible movie in the first place. This type of goodwill keeps people coming back to your movies even if one of them flops. Disney has that goodwill, its how they can ensure good audience turnout for a film like Ant-man. Fox and Universal have their own goodwill, to varying degrees.

They’ve released terrible reboots, The Emoji Movie and had a hacking incident that showed just how incompetent the higher-ups at Sony truly are.

Your movie division barely makes enough to justify its existence, you are not in a position to act like you know what you’re doing.

Please for the love of god just give the rights back to Marvel, can’t you see that your attempts at holding onto the rights have only harmed you?

Venom won’t be the poison that kills you, it will be your own pride.