To Mourn or Celebrate? 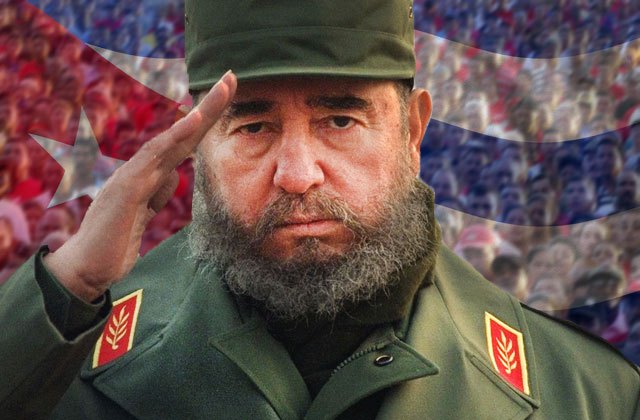 Black Friday, a day where many people were out spending money at the malls and getting an early start on their Christmas Shopping. If you weren’t shopping, you were out helping the customers while struggling on staying sane during a long shift. While Black Friday is national and remarkable holiday in the states, Black Friday for Cuba is a day where their 17th president passed away.

So where were was I, when I heard about the death of Fidel Castro? I was taking my 30 minute break drinking coffee and reading the news on my phone. My reaction was; Oh my! Poor man. His time was up anyway.

Fidel Castro was a communist leader who prohibited free speech, punished anyone who was against him and even banned national holidays like Christmas. He has limited his people on human rights, made Cuba’s economy suffer and force millions of Cubans to flee to the United States. He was also a key figure in the Cuban Missile Crisis and the Bay of Pigs Invasion.

So this leads me to my next question. Where were you when you heard about Castro’s death? Were you eating leftover turkey at home? Shopping at department stores for their huge savings event or were you working?

Were you out celebrating and cheering the death of the longest Cuban leader? Many Cuban Americans were yelling, banging on pots, and dancing from a Castro free life for themselves and their late past families. These where the streets of Little Havana when they first heard the announcement of Castros passing. While many were dancing and singing while banging on pots and drums, Cuba was entirely the opposite.

Cuba officials declared a 9 days of mourning. The streets of Cuba were quite unlike Little Havana. Many Cubans stayed inside their homes and went about with their day while being sad of Castro’s death. In fact the government banned on selling alcohol and loud music. Honestly, Cubans paid tribute to their beloved leader in silence like a ghost town. Some Cubans were crying while placing photos outside their homes with lit candles.

The silence of the streets was soon ended by Cuban activist, Maldonado Machado. Machado was out in the streets yelling for Castro’s death like the Cuban Americans in Little Havana. His celebration was ended shortly after he was beaten and arrested by Cuban police.

While Cuban Americans looked at Castro as a devil of some sort, Cuban looked at him as a father. He has brought health care and education to the Cuban people. They respected and loved Castro.

The streets of the island were flooded with thousands of people with pictures of Castro as they watch Castro’s ashes journey across the Cuban island. Some, if not all of them were in sorrow when they saw Castro passed by. All they can do is cry, wave their country’s flag and say goodbye one last time.

They weren’t the only ones that said their final goodbye but World leaders shared their condolences and said  farewell to Fidel Castro. Cuba held a ceremony for the past Cuban leaders. Many of their attendees were Presidents from Latin America to Asia to South Africa and even the United States Diplomats had shared their words for the Cuban people and government.

My first reaction of Cuban Americans celebrating of the successful death of Fidel Castro, was mind blowing. Why are they in the streets of Little Havana screaming with tears of happiness? Shouldn’t one be somewhat sad or at least pay some respect of the past leader like the people in Cuba?

Then again, I shouldn’t be the one to question or judge their reactions and emotions because we Americans were celebrating with chaotic joy when Osama Bin Laden was announced dead and during the long successful capture of Saddam Hussein and his execution.

Thousands of Americans were outside the White House, chanting U-S-A while waving the American flag. They were bright letter words at Time Square displaying a message of the successful mission Operation Neptune Spear.

The Middle East also celebrated with Americans and condemned the killing of Bin Laden. They erupted and celebrated their execution by marching and yelling while burning his pictures.

Or will the Trump Supporters be the opposite of  Maldonado Machado and mourn for Trumps passing? Will the KKK attack and lynch all the Anti Trump supporters? Or Will the American people will feel some sympathy towards him and shed a crocodile tear?