Is Joining a Fraternity or Sorority Worth It? 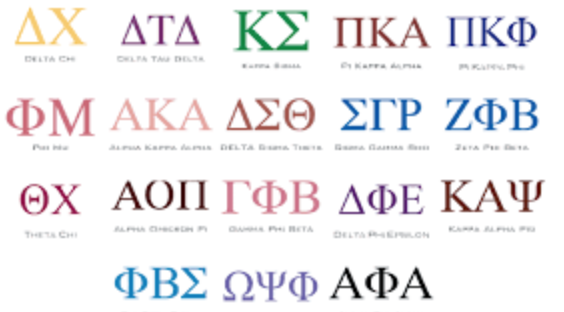 Fraternities and sororities are, to some students, a big part of the college experience. Joining one of the two is probably the best way to grow long lasting friendships in college. Or is it?

Throughout my earlier years in college, I have seriously thought about possibly joining a sorority. My older sister being an A.K.A herself is really the reason I considered rushing. My sister told me that at first, her experience with the sorority wasn’t the best. She said some of her sisters would single her out and put her through more hazing than the other pledges but once my mom spoke up to them about it, the hazing stopped and they finally accepted her.

Aside from the few who tried to make her eat eggshells, she did make some good friends, some of whom she is a still friend with today. The whole thing about making lasting friendships and sororities being good for marketing is great, but are those things really worth it?

Aside from the hazing, these organizations are also pretty pricy. Joining a fraternity or a sorority requires paying a certain amount of dues. These dues can easily be out of a college student’s budget.

Being a part of one of these organizations can be life changing. You can join a fraternity or a sorority, makes friends, and has fun and feel as though the money and time you put out for it was worth it.  However, it could be life changing in a negative way. There’s the possibility of being so focused on trying to impress and fit in with the organization’s members, that you forget who you really are as a person or make you feel insecure about yourself.

I’m also worried about the amount of time being in a sorority would take from me. I’ve heard that rush week is very time consuming. You have to spend time learning about the sorority you want to join and you have to attend their functions. I wouldn’t want my schoolwork to be affected by this.

However, when I think about it, I do have a few friends who are in sororities that have straight A’s every semester. I guess it depends on the person.

Therefore, I think joining a sorority or fraternity is not worth it. It’s just an expensive and stressful waste of time. Clubs are a better alternative for connecting with people and making long lasting friendships, without the stress and monetary obligation.