The Problem with Homophobia 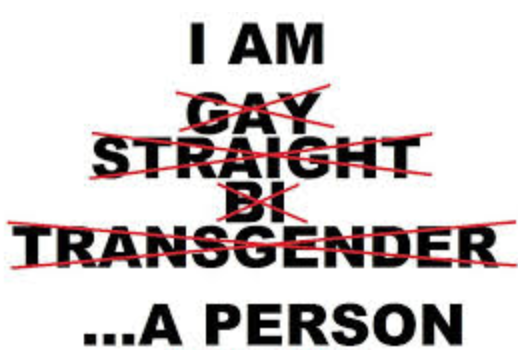 Out of all the issues that have been prevalent since the beginning of 2017, lesbian, gay, bi-sexual, and transgender (LGBT) rights have either been in the spotlight or on the chopping block. From the federal government banning transgender people from military service and allowing workplace discrimination against LGBT individuals, to certain states barring same-sex couples from adopting children — the fight for equal rights is going to be long and needlessly difficult.

Many arguments against gay rights boil down to the ideas of homosexuality being “sinful, “unnatural,” or against traditional values, but there hasn’t been an argument good enough to convince me that gay rights would be the worst thing to happen to society. Ironically, the best argument I’ve heard comes from a same-sex couple in Australia.

In an online article, “The gay couple who opposed same-sex marriage,” from ABC Australia, Mark Poidevin and Ben Rogers talk about their views on same-sex marriage. Initially, they wanted to legally marry but after some time they started to oppose marriage equality altogether. In their words, “If we make one exception for one community, that being the same-sex couples, where does it stop? Do we then see other cultures being allowed to have multiple marriages? Do we see the age of consent being lowered for another group of minorities? That is my concern, of where it would lead.” This is a concept known as the “slippery-slope” fallacy, the belief that when an action or idea is widely accepted it could lead to other more taboo ideas being accepted in the future. While that is a legitimate fear, this only works if we assume every person is secretly a depraved pervert. I’m sure there are many people like that but I also know that the number of decent people outnumber them.

The one thing that always gets to me, when it comes to controversy over same-sex rights, is that people always assume that they will somehow be personally affected when any rights are given to members of the LGBT community.

The truth is nothing’s going to happen if we treat LGBT individuals as decent people and yet, these people act as if their livelihood is on the line. Let me put it to you straight: If you are LGBT, your actions do not affect them, neither do they have any right to judge how you live.

The fact that the people that oppose LGBT individuals confuse me. You hear the same story of, “It’s weird and different and goes against my beliefs,” but that’s not good enough anymore. “Scientifically, they get more diseases and spread more diseases,” so does everything else in the world, anything else? “It’s immoral and disgusting,” the love between two people is immoral and disgusting? Oh wait, except when it’s between a man and a woman, that’s “fair.” Could you at least let them adopt children? Nope. Serve in the military? Nope. Well why? I don’t understand this because LGBT individuals are just people who happen to like the same sex and this coming from a guy who’s straight.

This problem has a solution so easy to implement and yet it has gone on to be one of the most overblown issues we have in the US, in 2017. Critics of same-sex right have used so many of the same arguments of religion, culture, science to prove that gay rights would ruin our country but they keep forgetting this simple fact. LGBT lives are not your lives; their choices do not affect you, treating them like a human being will not harm you. We’ll only start seeing more rights become available when they realize this fact.

Everyone has a right to live with the same basic rights as everyone else regardless of how they’re born. I believe that at some point the government will be filled with sensible or decent people but until then the LGBT community has a long fight ahead of them.