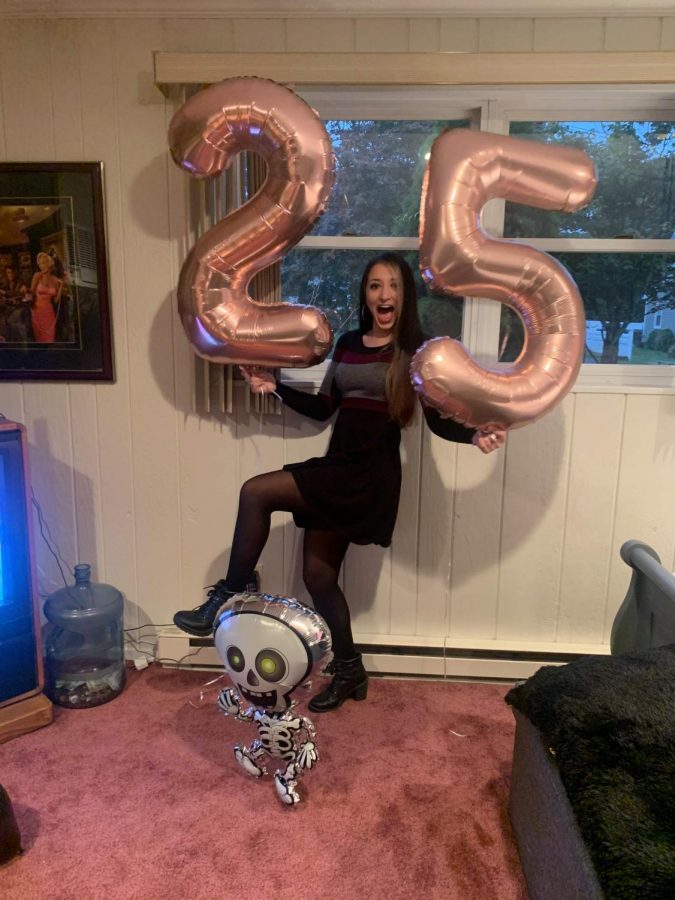 It was 7 p.m. on a chilly October night. Like clockwork, the trees were shedding. The breeze in the air cradled leaves down the streets, while trains carried businessmen home from their workweeks. Children biked swiftly to beat the moon to their dinner tables, and mothers watched their clocks while apple pies baked. The pumpkins that stood guard upon every front porchway held candles that showed off their freshly carved artwork. Sidewalks gleamed softly from the streetlights above them, and the tired sun went down to rest for the evening. Halloween was in the air.

“I’ll Make Love to You” by Boyz II Men was hours away from becoming a number one hit, everyone was counting down the days until Wes Craven’s New Nightmare would come to theatres one week later, John Mellencamp was celebrating his 43rd birthday, and while it may have been an ordinary day for some; for this young couple it was just the opposite.

He was 22 and worked as an electrician for his father’s company. She was 23 and owned a cosmetology business. They had been married just shy of two years and lived in the lower level of a little house in Yorktown Heights, New York. Their first baby was due to arrive any day.

They woke up on the morning of Oct. 7 and went about their usual routines. It was a beautiful day, as the weather was perfect and the sky was especially clear. He went off to do work at a house across town and she headed right to the doctor for her weekly check-up. She’d booked a client for later that day and had every intention of going straight to work after the doctor, however, God had slightly different plans in mind.

She went through the check-up just fine, as usual, but the doctor asked her several times, in an unusually curious manner, if she was feeling okay. They kept her in the chair for a while and periodically came back in to ask her the same question. She responded that she was feeling all right, considering her circumstances, and the doctor finally revealed that it was a surprise to hear that she wasn’t feeling differently than usual, seeing as how she was about to go into labor.

That exciting moment had finally arrived, and the doctor made her promise to go straight from there to the hospital. Instead, the silly woman that she was, went home and cleaned to prepare for the crowds of people that would inevitably fill the house every day once the baby was born. She called her husband to tell him the news and he rushed right home to her. They made their rounds of phone calls and then they headed to the hospital to have themselves a baby.

By the early evening, the waiting room and hallways were crowded with hysteria, as this baby was the very first one on his family’s side and the first in a very long time on her family’s side. They didn’t know yet if it was a boy or a girl, but they were all already wrapped around those tiny little fingers.

It was rather easy labor. By the time the sun went down and the clock struck exactly 7, it graced the world with 7 pounds, 7 ounces, and tons of fuzzy black hair wrapped in a tiny pink blanket and named Francesca Lucia.