This is an Area Which We Call… The Twilight Zone 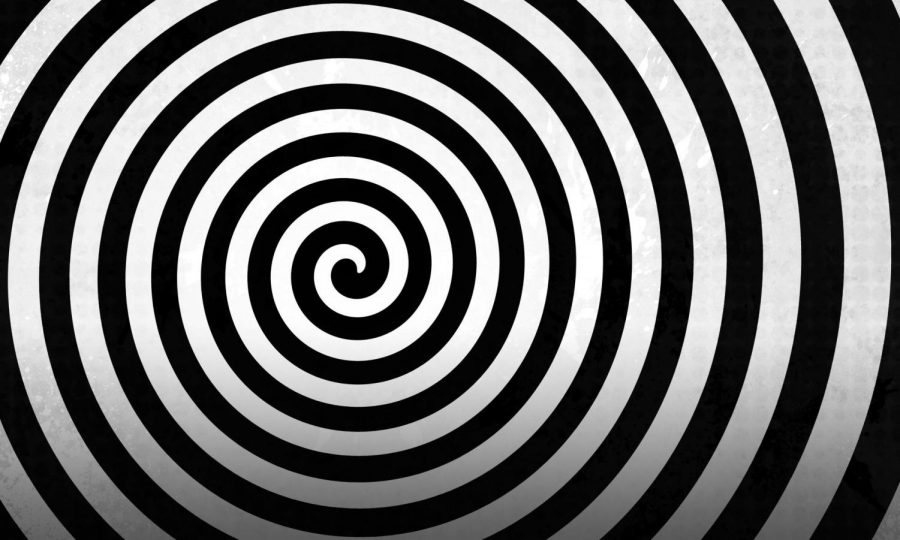 Flirting is just flirting, right? If you’re flirting with someone, does it mean that you’re tied down to them; that you owe them something?

I know the answer to this question, but something that happened to me a couple of months ago has left me feeling like I’m in the Twilight Zone, so I just need confirmation that I’m not crazy.

It was a normal night, hanging out at my friend’s apartment with my usual crew, which included my friend’s roommate. His roommate and I would casually flirt with each other, but I wasn’t sure I wanted anything to ever come of it. It was harmless and natural and fun while it lasted.

Out of nowhere, while laying on the couch watching a movie, he turned and kissed me. We all laughed and carried on making jokes about how long it took to happen, and it was neither here nor there for me. I brushed it off, and we went back to watching the movie. Moments passed, and he kissed me again, but this time it was different, so I’ll spare you the details.

Right away, I remember feeling certain that I did not want this to go any further. I felt outright uncomfortable, but in the moment’s heat, I was thinking all of this in my head instead of pushing him away from me. I finally put a stop to it and left the apartment immediately. He did nothing wrong besides reveal to me that I definitely wasn’t interested, but I honestly was just grossed out, so that was my reasoning for getting out of there as fast as I did.

I let my friends know that I wasn’t into it and that I was iffy about hanging out again because I didn’t want to be confronted with the possibility of similar interactions every time we saw each other. A week later, my friend confirmed to me that, in passing, he had spoken to his roommate and that I had nothing to worry about; it was just a one-time thing. I felt much better after hearing that, assuming things would return to normal for our group of friends.

A few days after, I left for a two-week vacation that I was already eager to return home from to resume our normal shenanigans. Unbeknownst to me, things were already quite the opposite of normal.

During my time away, I kept in touch with the group regularly. I sent a postcard to my friend and his roommate letting them know that I missed them so much and that I hoped they were holding down the fort while I was gone. I spent a lot of time picking out the cutest and silliest of mementos for each of them.

I returned home in a blissful daze, excited to spend quality time with my best friends at a wedding we would attend that coming weekend. The last thing I was expecting was for the people whom I considered my closest friends to betray me.

Instead of being welcomed back with open arms, they told me that I owed this roommate a big apology. For what, I don’t even know. They all agreed that because he felt differently about me than I felt about him, that I “owed” him an apology and until I presented my apology, I wasn’t allowed back in the apartment. I completely denied their command. My argument was that I did nothing wrong; had I been the one to kiss him, decide I didn’t like him, then kick him to the curb, I could see where I might be in the wrong. But that isn’t what took place. I didn’t even think twice about it after the week it happened, much less think enough about it to treat him differently.

They accused me of acting weird afterward; treating him like we weren’t still friends. Apparently, my texts, postcard, souvenirs, and the fun we had at the wedding didn’t count. My entire time spent away and then still when I returned home, I thought no differently of him than I thought of my other friends. They put words in my mouth and I was feeling cornered.

Not only did they all demand that I apologize to this kid, but whenever I had any communication with him moving forward (against my will, for my other friends’ sake), I had to deal with being verbally abused and treated poorly.

Not once did any of my friends stick up for me to him. It outraged me. I’m still upset.

Long story short, I still don’t quite understand what they think I did wrong besides not liking him. I know that I did nothing wrong and so I tried to stand my ground. After it got blown further out of proportion, I made two attempts to give an apology like they had asked me to do; neither was good enough for them. In any event, it’s been quite a stressful ride not hearing from my best friend of 20 years, even on my birthday, because of something so ridiculous. I’m not sure I will ever understand this situation. It came about so suddenly and I’m just as confused now, as I was the day that they sprung this on me.