Mario, Mario, where art thou, Mario? 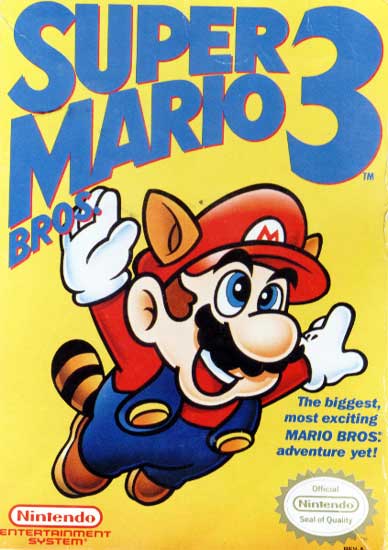 Mario, Mario, where art thou, Mario?

I know where he is. He has been downloaded to my Wii. It’s almost silly to purchase something that you own, but I have indeed acquired games that I already own.

After months of not turning on my Wii, I found myself once again engulfed in a battle of epic proportions.

In order to make sure that my Wii points weren’t lost in the shuffle, I felt it was time to spend them. Which might sound like an easy job, but it really wasn’t.

There were a lot of games that I wanted, but in the end I didn’t feel comfortable purchasing.

Games from my past such as Renegade (Nes), Legend of Zelda: Ocarina of time (N64), even Super Mario Bros 2 stood no chance of being purchased.

While I did remember the good times they inevitably stood no chance of ending up on my Wii. Double Dragon (Nes), and Megaman 1 & 2 were what I wanted and I still couldn’t purchase them.

Once I saw Super Mario Bros 3 the choice was made. Then I wondered if they had Super Mario World and it was a no brainer from there.

Then I purchased a Mario Game that I had never really played, the real Super Mario 2, known in the United States as Super Mario Bros – The Lost Levels.

After Super Mario 2 was released in Japan, the higher ups in Nintendo felt it was too difficult for the average gamer to handle, and would eventually lead to gamers becoming frustrated with the franchise. Nintendo officially gave the command to mask another game already in production as Mario 2.

So I played the lost levels the other day and found it to be the most challenging game I’ve played in possibly the last 3 years.

I was stuck on the world 2-2 for roughly 2 hours. Remember in the old Mario games if you lose all your men you are forced to start over.

I actually missed my original Nintendo Controller, because if I had it, I would have swung it at the ground with the unbelievable anger that was in my heart.

Eventually, Super Mario Bros 3 made its way on to the television and remained that way for two days.

That is why I love Nintendo products. They are built to last.

It took two days to beat every world in Mario 3 and it was well worth it. Of course those are two adult days, which means errands and work were mixed in, but never-the-less it was time well spent.