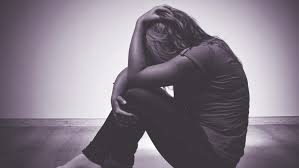 Do you know what it is like to jump every time your partner comes near to you? Do you stay up at nights wondering what he will do to you in your sleep? Do you find yourself crying in the shower as you bathe your bruises? This is a horrifying reality for many women out there who are enduring trauma, pain, and heartache from their abusive partners.

To those women I say, I have been where you are. You are a survivor.

I was a young, naïve woman in my early twenties dating a guy that was way older than me. I thought that I finally found a good man who will love and take care of me and that was what I found at first. He took me out to nice restaurants, opened the car door for me, sent me little, cute notes before I went to bed, and listened to me when I was having meltdowns about my dad and stepmom.

He must be the one, right? I mean, he even cooks for me and rubs my feet after a long day. It was like living in the honeymoon phase. It seemed perfect for the first few months and we were both deeply invested in our relationship until things took a turn for the worst.

To be honest, there were signs that he was controlling but I just characterized it as OCD.  He was very particular about everything and that was something that I accepted about him until he tried to force me to conform to that same behavior. For example, whenever he uses anything, they have to be returned in the same place that he picked them up from and facing the same direction that they were in prior to when he picked them up and he expected me to do the same thing and whenever I misplaced something, his response was to become verbally abusive. He could always tell when I went through one of his drawers because things looked different from how he usually kept it. I mean, he was incredibly organized, and I was not.

The verbal abuse that I endured from him was one thing but when it became physical, I was genuinely concerned for my safety.

One day we were sitting in his car outside of his workplace and we were having a disagreement over a subject matter. I do not even remember what it was, but I can recall it being something ridiculous. He became enraged and stabbed me in my right thigh with his pen. I remember getting so angry and walking out of the car and sitting underneath a tree as blood poured out of my thigh. He walked towards me and apologized. I demanded that he take me home and he did.

I sent him a breakup text later that night as I cried in my room. Two weeks later after speaking to him on the phone, he started crying and apologizing for stabbing me. He swore on the life of his family that he would never hurt me again and I believed him.

After we began dating again, I realized that he was not going to keep his promise because after an argument with him, he locked me in his home. All the house keys were hidden, and my phone was confiscated.  For an entire day, I had no contact with the outside world, and I was terrified of what he was going to do to me.

His explanation for imprisoning me against my will was that he did it to calm me down which did not work because I hardly got any sleep at all that night. As soon as morning came, I quickly grabbed my things and ran out the door. I told myself that I would never go back to him, but I found myself breaking my own promise.

I suffered in silence for the rest of our relationship. That time he hit me in my mouth and I bled from my upper lip seemed so unreal. When he slapped and punched me in my arm, I convinced myself that I was imagining it.  I wanted to protect him in the eyes of his children, in the eyes of my family, and maybe, in my own eyes. I was in denial about who he was for a while and over time, I became numb to everything that he did to me. I think that maybe I justified it by thinking that I deserved it somehow. I mean, something that I was doing was obviously triggering him, right? Wrong!

There is never an excuse to hurt people that you claim to love. Only a few people know about my experience because I thought that if I shared my experience that it made me seem weak. I never thought that anything like that could ever happen to me. I am as tough as nails, and I have endured a lot, but this man seemed stronger than I was.

Now I realize, how wrong I was because not only does it take incredible strength to walk away from someone that was physically and emotionally harming me but if I can help one woman by sharing my story then that in itself is powerful. You have that same strength inside of you to abandon your abuser. If you need help, do not be afraid to reach out to the people around you. You are not alone.