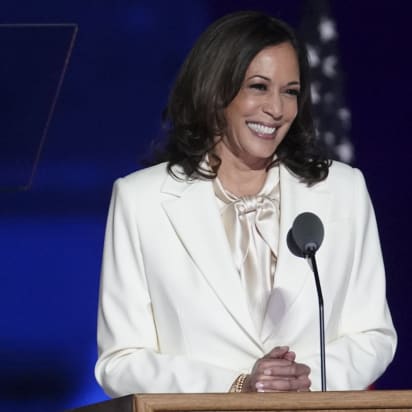 She is the daughter of immigrants from India and Jamaica. She is also the first African American and South Asian woman to hold the office of the attorney general in the state of California and now, Miss. Kamala Harris is the first black, Asian woman to become the vice president-elect.

Let us discuss this monumental occasion in history and what it means for women in America, particularly, women of color.

When that announcement was made, I immediately began screaming and jumping for joy. The fact that a black woman like me could potentially become the next vice president in this country is exactly what our ancestors fought for. They fought so black men and women could be given opportunities like this based on their hard work and merit. Think about it, a few years ago, a selection like this would have never been possible not only because of the racial discrimination that exists around us but because of the patriarchal society that we live in.

At this point, it was not even a certainty that she was going to become the next vice president but the fact that Biden selected her to be on the ticket with him meant so much to so many black women. Kamala said it herself that black women are often overlooked but, on that day, I felt seen.

I had high hopes for Kamala throughout this entire election campaign that she would become the next vice president-elect and I prayed that she would be victorious but when it was actually announced, I was in total shock. I think we can all agree that this election was an extraordinary one. We waited a long time for the media to finally announce a winner.

On November 7, Joe Biden was projected to be the 46th president of the US. This meant that Kamala becoming the next vice president was no longer a dream, but it was now a reality and I could not be more thrilled for her and all the young girls that were inspired by her. Young girls who have now witnessed another girl overcome sexism and racism to accomplish such a huge achievement. They will now realize that boys are not the only ones that can be president but if they dream big and work hard, they can have a fair chance as well. Now, every woman of color can see that there is no limit to their success. They can overcome barriers, create History, and pave the way for other women just like Kamala did. I think that is remarkable.

Representation matters and for people who are always represented in every aspect of life, it can be a concept that is difficult to grasp but it is a fact. It is inspirational to see people that look like you and probably have a similar upbring like you make a tremendous impact on society. In a world where we often feel hopeless because of the challenges that we face; we are all searching for a glimmer of hope to hold on to and this moment sparked optimism in a lot of people.

The moment Kamala Harris became the first woman to be the vice president-elect of the United States will definitely be in the history books and I am grateful to have witnessed it.