The Fear of Forever 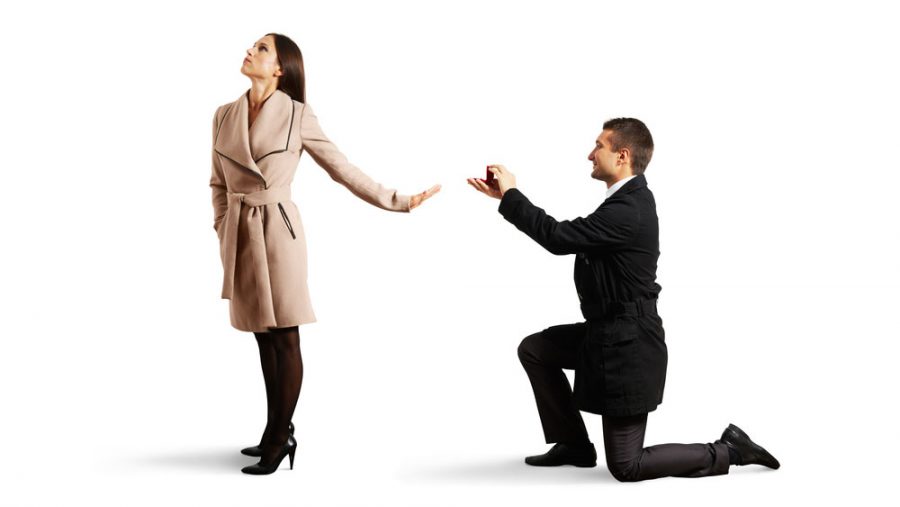 When you think about phobias, what comes to mind? Snakes? Spiders?  Lizards? Heights? A haunted house, perhaps?

What about marriage? That is right, Gamophobia is an actual thing.

Listen, I know what you are thinking, marriage could never be as scary as being bitten by a snake or the crippling fear of falling from a ten-story building but my friend, it is.

Before you read any further, I want you to close your eyes, breathe slowly and think about something that you can picture doing every second, every minute, every hour, every day for the rest of your life because that is exactly what marriage is.

The idea of forever is frightening to some people and instead of recognizing that this is a rational fear, we dismiss it as simply a fear of commitment that people need to get over. Marriage is literally a legal binding contract that you are required to sign that ties you to another person for the rest of your life. Come on, you must admit, it is understandable why someone would be apprehensive to agree to that. Anyone who has ever been through a divorce will tell you that it is a very difficult, exhausting, and heart-breaking process where each party loses because it is evidently the early death of a union that was supposed to be long term.

I have watched the women in my family experience divorce, and I have seen the toll that it has taken on them psychologically. The truth is their kids were the most affected by the drastic change in their family structure and in some cases, therapy was needed to help them cope. It is completely logical that the fear of marriage stems from the fear of divorce. In fact, they seem to go hand in hand. The divorce rate is quite alarming, and it shows no signs of decreasing any time soon. Not only that, as I previously mentioned, the destruction of a marriage is very damaging to everyone involved so I totally get why this is a legitimate fear.

The very thought of walking down the aisle gives some people great anxiety and stress, and we need to empathize with them. The way to motivate your partner to marry you is not to show up at his job in a wedding dress with your bridesmaid and a pastor like that lady in that video that went viral on social media. The right way requires a mature conversation about the subject matter, and I think that you will find that to be way more effective than an ultimatum. Like every other phobia, people need to address that they have this fear and deal with it when they feel it is the right time. Until they do, I think it important that we support them.

Now, let me make this extremely clear. There is a difference between someone who refuses to commit to their partner because they desire to “play the field” and someone who genuinely has a phobia of commitment. For you to know the difference, you must be honest with yourself. Is it that I am scared to death when I think about marriage or anything that is affiliated with marriage or do I just not want to get married to this person? If you really reflect on it then you will come up with a truthful answer. When you have a phobia, it causes you great discomfort, and overcoming that fear is a process.

Have you ever seen the movie, Runaway Bride with Julia Roberts? The character that Julia played in that movie; Maggie carpenter was labeled as a “runaway bride” after she left three grooms at the altar. Her character clearly had gamophobia and she ran away each time leaving the grooms at the altar as a coping mechanism. Likewise, many other people who have different fears cope in different ways. Avoiding your fear is a common coping technique. I once struggled up a staircase with my suitcase inside an airport to avoid going on the escalator. So, if your partner is avoiding commitment, that is just a way for them to cope. It is not necessarily them stalling or being a jerk, it is a psychological strategy to manage stress.