12 Years a Slave, The Book of Negroes, and Why These Stories are Still Significant 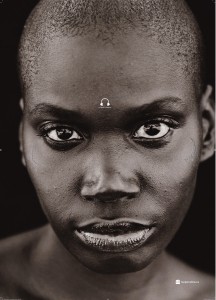 It is my belief that most people would agree that from about mid-January, Rev. Dr. Martin Luther King Jr.’s birthday, until the end of February, which is Black history month, there is an influx of black ethnic programming and observance around the nation. With director, Ava Duvernay’s electrifying film, Selma, premiering worldwide in January, and the BET Network’s epic miniseries, The Book of Negroes, airing in mid February, not to mention HBO deeming it appropriate to air and place on demand Steve McQueen’s 2013 bio-drama, 12 Years a Slave, as every year should be, this year’s black history season has been one conducive for much cultural dialogue and internal reflection.

I’ve had the pleasure of indulging in many conversations this particular season, however there have been a couple of dialogical situations among a few of my peers and myself which have resonated with me. I suppose, because notable figureheads such as MLK Jr., Malcolm X, and Harriet Tubman, just to name a few, tend to be the focal points of many lectures around this time of year, from an exhaustive viewpoint, the collective diction of a select few, has been “enough already, we already know what happened”. Myself, being a student of Media Studies with a concentration in Film/ Culture, while minoring in history, couldn’t bring myself reconcile with such a mindset. These sentiments of unreconciliation led my spirit to weep because in world, in which history has proven, to be dominated by the white male patriarchy, for my constituents, many of them being people of color, to grow weary of the month and these stories, is very disheartening.

Why Are These Stories Important?

First and foremost, I’d like to take the time to express my deep disapproval of the fact that when addressing black history month, institutions tend to focus on black history in relation with the West as if there weren’t thousands of years worth of civilization and culture taking place on the continent of Africa prior to the slave trade. Black history did not begin with slavery, and consists of a rich lineage which extends way past the borders of ancient Egypt and the Nile river valley.

Now while I won’t be delving into Africa’s rich history in this particular piece, because that’s another article for another day,I will, however, say the following; Since evolution seems to be the growing trend being accepted and taught in the classroom, because Australopithecus, which it has been agreed upon by various scholars, was the first hominid in the human genus, originated in Africa, every month should be black history month.

Now that that’s off my chest, let us return to topics at hand. While the issue of slavery can be an uncomfortable subject to address for persons of any ethnic background, it is, nevertheless, an ugly stain on the history of this nation, as well as a menagerie of others, which can never be removed. That being said, these stories of triumph and perseverance in the face of intense adversity are still very relevant in today’s current culture. While BET’s The Book of Negroes is a dramatized cinematic adaptation of 2007 novel bearing the same name, and McQueen’s film 12 Years a Slave, also a film which draws its title from a book, in this instance, Solomon Northup’s autobiographical memoir, both do well, in their respective places, to highlight the cultural stripping and identity of a people. Though the catalyst which propels the story line in both cultural artifacts is the issue of slavery, both present the topic is in unique and very different ways. Both protagonists begin their story line as free people, Aminata of BON, a free girl from a village called Bayo in West Africa, and Solomon of 12 Years A Slave ,from Saratoga, NY.

While I won’t give away the story line of either of the works, because I believe these are pieces that every person should take the time out to watch, both pieces do a fine job at presenting the psychology of slavery between not only the master to the slave, but between the generationally socialized slave, and the slave fresh in the process of proselytization. Granted there are certain elements in both pieces which are extremely unrealistic, i.e talking back to the master, and striking him back then living to tell the tale, the very real dynamics racial subjugation through the use of physical enforcement and mental encapsulation are present. While the physically and mentally traumatic experience of rape inflicted upon the female slave is lightly addressed, through the use of denigrating language backed a warped perception of religion, the psychological molestation and oppression of a people as a whole are made clear.

Granted both pieces are only dramatic depictions and come nowhere near being close to the real experience, because situations like the ones presented in both cinematic works are based in experiential truth, and the effects of the atrocities occurred during said time period can still be seen in various layers around a myriad of cultures around the real world today, these works hold great value for the society of today.

Lastly, in regards to The Book of Negroes, what I found particularly interesting was the manner in which the blacks who traveled to Canada as free men and women were presented. There is a clear distinguishing between the races, however, initially the British colony set up in Nova Scotia, seems like an ideal place for the blacks to thrive in a way which they aren’t able to in the newly independent United States. After a few hardships, this ideal soon crumples and the colony,as a result of race rioting, begins to resemble the reconstruction era of the American South, which took place chronologically decades later. Also, the rhetoric used to incite the riots is laced with sentiments of nativism which called into mind the current arguments on immigration reform.

While the purpose of art is meant to entertain, various forms of art throughout the duration of civilization, i.e. theater, books, poems, music, etc have stirred many intellectual and revolutionary conversations. These particular works, both in their literary genre as well as their cinematic depiction, and their intent to criticize the cultural climate of the time are just as valuable as J.D. Salinger’s “Catcher in the Rye”, Fyodor Dostoevsky’s “ Crime and Punishment” , or Steven Spielberg’s 1993 film Schindler’s List. It is in this respect that these pieces should be thus taught in the world of academia on both the secondary as well as the collegiate level.