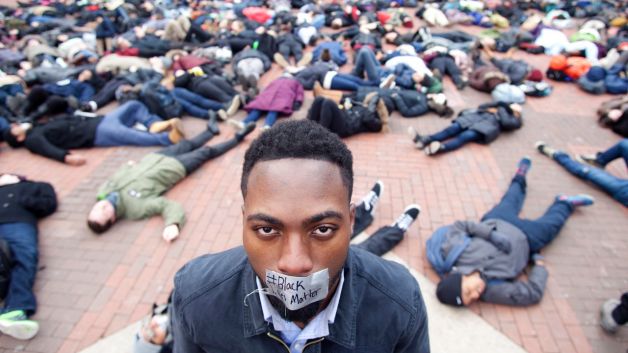 The United States of America, the birthplace of many revolutionary ideals and documents such as the Declaration of Independence and The Constitution, rendered it’s citizens radical inspiring words such as, “We hold these truths to be self evident, that all men are created equal”, and “ We the People of the United States…. establish justice, tranquility….promote the general welfare… establish the constitution of the United States.”

While these words penned by the founding fathers are direct in their intention and are meant to evoke a sense of equality and inclusiveness among the citizens, the brief yet brutal history of the United States has demonstrated that our founding fathers, who owned slaves,  did not view all men as men and therefore, everyone was not viewed equally.

Nearly 250 years after the signing of the Declaration of Independence, immigration reform, minimum wage establishment, and gay rights continue to have issues plaguing this nation on its quest for equality. Though these issues are all important in their respective places, perhaps there is no other movement in recent history which seeks to address the lack of adherence to the fundamental American ideals of equality and justice for all such as Black Lives Matter – the new civil rights movement.

It is no secret that African-Americans have suffered profusely at the hands of other ethnicities, in particular, white Americans, throughout the duration of this nation’s history. The murder of Trayvon Martin and the case’s “not guilty” verdict were a cruel reminder to many of the transgressions black people, in particular black men, face as a result of the continued stigmatization of a people.

Though the nation hasn’t fully healed from what many believed to be the unjust verdict in July and August of 2014, two unarmed black males, Eric Garner and Michael Brown, died at the hands of police officers. While Brown’s death caused immediate unrest and protest in the city of Ferguson, Missouri, Garner’s death was also a topic of conversation and peaceful protest in the city of New York.

Because many feel as if the handling of these men could have been dealt with through non lethal force, many utilized their freedom of speech and peaceful protest to voice their concerns and opinions.

Events took a turn for the worse in Ferguson following the Nov. 24, 2014 verdict in which a grand jury, mostly white, decided not to indict Officer Darren Wilson for the shooting of the unarmed 17 years old Michael Brown. Protesters, rioters and looters took to the streets, as did citizens around the nation, including myself, protesting the verdict.

A little over one week later, the nation learned that officers involved in the Eric Garner death, though there was video evidence of the ordeal and illegal chokehold utilized by the officer which led to Garner’s death, would not be indicted as well. This verdict aroused not only a local or national response, but extended internationally. Citizens from around the world were seen posting pictures via social media uttering the words “Hands up, Don’t shoot”and “ I Can’t Breathe.”

Notable figures, such as Reverend Al Sharpton, led many protests, and many influential celebrities  used their gifts to make their sentiments made known as well. Rappers J. Cole, and Q-Tip, just to name a couple could be seen leading protests in Times Square. Various Athletes wore shirts with the words “I Can’t Breathe,” thus stirring conversation, and driving those who would otherwise ignore the issues to come in to a greater sense of awareness.

Though little media attention has been given to the movement since the December 2014 unfortunate and brutal murders of two NYC police officers, with the use of rallies, protests and social media, the movement still sets out to make it known to the world that yes, all lives matter, and black lives in particular should receive the same degree of value and justice as every other race in this nation.

Just this past week it was decided that the officers involved in the shooting of 12 years old Tamir Rice of Cleveland, Ohio, would not face charges. A mentally ill homeless black man in Los Angeles, California was shot and killed on March 1. An unarmed 19 year-old black teen, Tony Robinson, was shot in Madison, Wisconsin on March 5. During a mental health breakdown on March 10, 27 year-old United States Air Force veteran, Anthony Hill, was shot down naked in the streets of DeKalb County, Georgia. These are just a few of the names of black men who’ve recently died at the hands of law enforcement, thus re-igniting the flames of the new civil rights movement.

The movement sets out to let it be known that it’s not just about Brown, Martin, and Garner, it’s also about Amadou Diallo, Shawn Bell, and countless other black men who have died at the hands of police in the past. It sets out to eradicate the stigma which equates melanin with danger.

Scott Roberts said, “to be clear, our dream is not to have cops arrested for killing us. It’s to have them stop killing us.”

These words are the core of  what the movement aims to accomplish. Its supporters set out to change the nation to stand true to it’s fundamental ideals. The Black Lives Matter: New Civil Rights movement endeavors to embody the famous words of the Rev. Dr. Martin Luther King in his last speech, “I’ve Been to the Mountaintop,” in which he says, “All we say to America is ‘be true to what you said on paper.'”