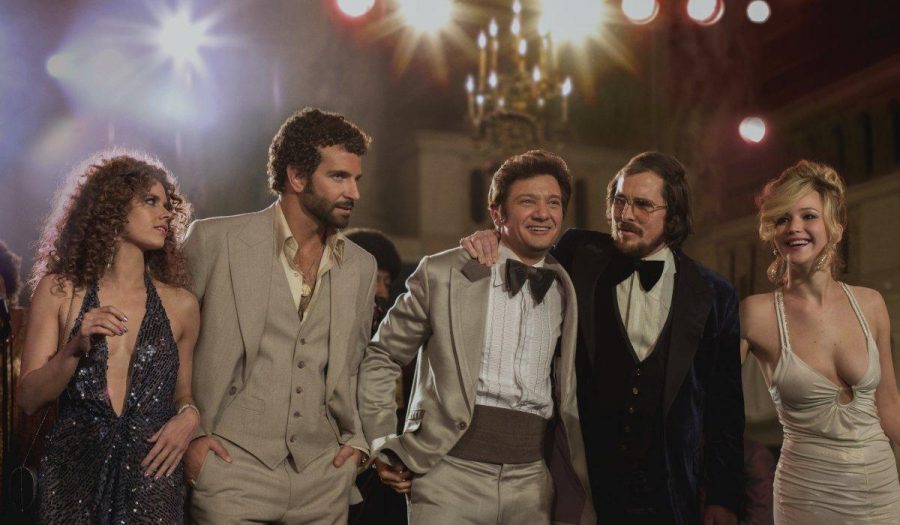 While many argue that Film Noir is a mode of film that blossomed in the 40’s and 50’s, then died out, just as the 80’s murdered disco, others may contend that Film Noir is a genre and/ or a style. That being said if indeed Film Noir is a style and genre, it  reserves the ability to transcend barriers in order to accommodate the modern audience of the time.   Director David Russell’s 2013 film,  American Hustle , through it’s narration, story line, and characters, certainly meets the criteria, for those who share the genre/ style sentiment, to be considered as a modern day Film Noir.

It’s understandable why some would feel that with the use of color and inclusion of all that was prohibited during the years of the code, i.e. sex, , drinking, drugging, and on screen violence, the essence of Film Noir was lost. The language of film has changed, and thus the visual appetite of the audience has modified along with it.  However, according to the rules of what defines a genre, American Hustle meets the standards to be considered a Film Noir in the refinement stage. One of the defining characteristics of early Film Noir was the male protagonist, and the story being revealed through his lens in the capacity of the narrator. Seeing as women were often demonized, and almost never the protagonist, with the exception of films like Mildred Pierce,  the maintenance of this fundamental rule gives passage for one to consider the film a modern day Film Noir.

Story line is another imperative element in Film Noir which cannot be ignored. There are specific characteristics a Film Noir typically possess. Generally the story lines of Film Noirs were consistent and filled with crime, corruption, and extramarital affairs. While the production code limited the amount of adultery a film could innuendo, American Hustle stays true to it’s genre’s conventions. There is an intense and complex love pentagon between  Irving, Richie, Edith (Sydney), Rosalyn, and Pete. It also pays homage to the code by updating it’s story lines love affairs, yet not focusing too heavily on sex and nudity. In regards to crime and corruption, and how they contribute to the film’s noir status, Irving’s con man character virtue serve as the underlying catalyst in the story. His ability to maintain his individuality, and his appetite for getting over entice Edith, who decides to go into business with him.  As mentioned in the previous paragraph, narration is a defining element, and thus plays an intricate role in the story line. The story lines of early Film Noirs were told in hindsight , though narration. This element is important because Film Noir, as a genre, is more concerned with how the story is told rather than to focus on the actual story. In this aspect of consideration American Hustle doesn’t fall short of typical Film Noir form. Set in the 1970’s, it’s expected that there will be differences between American Hustle and a film set in an earlier time. Situations differ, cultural norms change, and that becomes reflexive in the story line.  Yet, the story opens with narration, then ends in true noir form by creating a sentiment of anxiety within the viewer before tying all the loose ends shortly before the film’s completion. It is unclear as to who will emerge victorious, until the very end, and in this film’s modern day noir attempt, it is the con men, not the righteous who thrive.

Lastly a film is nothing without it’s characters to carry out the action. When considering a film for the status of noir, there are a specific set of characters one must look for. Typically there is a strong femme fatale presence, cops, and lecherous men. This film, in it’s unique attempt to modify the genre,  contains all of these elements. At first glance Edith doesn’t resonate with the audience as a typical femme fatale. Edith’s character is initially displayed as one of an ambitious, lovesick, concubine to a married con man. However, as the story unfolds, the audience is given insight into just how deceptive Edith’s character really is. Not only is her name not Edith, but she’s not English, she doesn’t love Richie, and at the close of the film the plot twist enlightens the audience that all of her sentiments of offense in regards to Irving were nothing more than an act to double cross Richie. Edith and/or Sydney becomes the modern day femme fatale. Though Rosalyn is a less important character, through her manipulative behavior towards Irving, and her loose lips to Pete about Irving’s business, she indirectly functions in the office of femme fatale as well. Usually there are detectives in Film Noir films. American Hustle stays true to this form by updating it’s law enforcement presence to the FBI in the person-hood of Richie. Also, for the effect of staying true to the storyline and form, Richie, the cop falls for the femme fatale. Though he ends up crushed by Edith and Irving’s deception, his lecherous appetite toward her give way for  his vulnerability. He isn’t the only character plagued by lechery and the pressure which comes along with it. Irving suffers from trying to please his wife, because of his love for her son, while simultaneously professing his true love for Edith.

Genre and style are similar to families. Though there is a point of origin from which all is established, with time, certain aspects change,and conventions are are modified. Yet the because the essence of what familiarizes a certain piece to be identified with others is maintained, it can be safely said that modification does not necessarily give passage to  ostracize a piece from what very well may be it’s artistic family.  Through it’s use of narration, story line, and updated characters, David Russell’s 2013 film, American Hustle , can be safely inducted into the family of Film Noir.