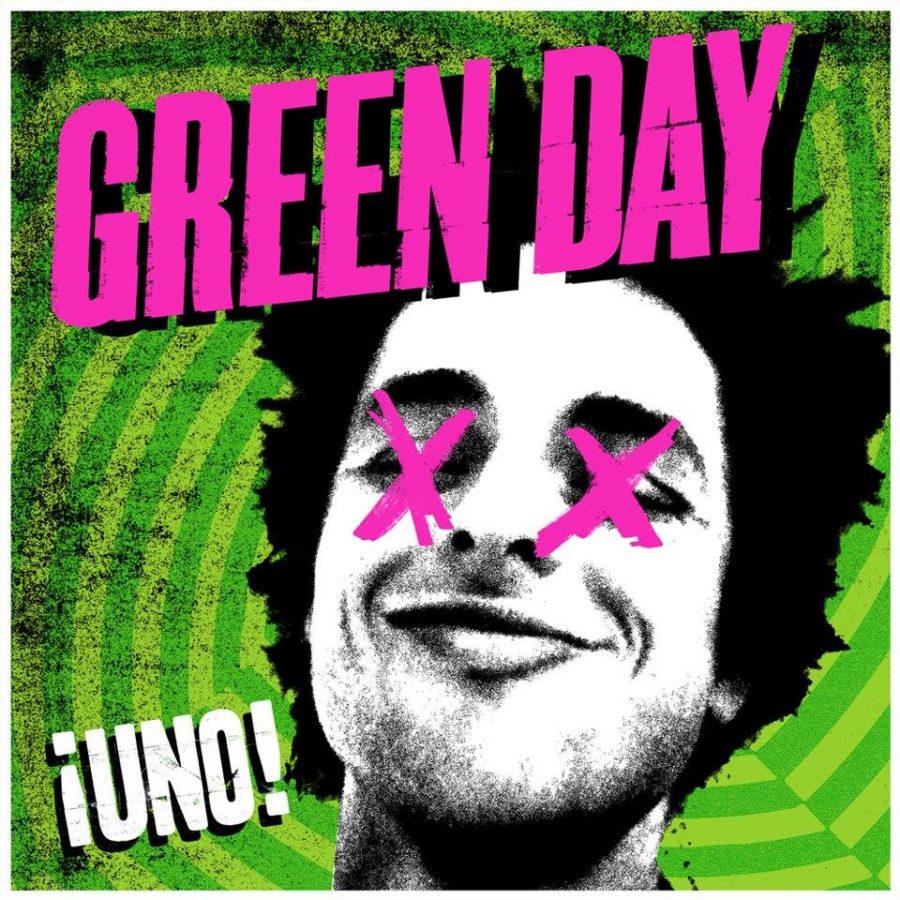 Yesterday September 25,2012 Green Day launched their brand new album ” UNO!”. UNO! is the first of a three album trilogy by Green Day, called UNO!, DOS!,TRE!. The Punk band is following the success of their 2009 album “21st Century Breakdown”. This time they decided to do someting no other band has ever done and that is release an album trilogy. Some critics are asking does Green Day still have what it takes? I say absolutely. Yesterday on my lunch break from work I went to Best Buy to pick up my copy of UNO! and I listened to it immediately and I can say this album is something special its reminiscent of the old school Green Day and that old feel. What I’m going to do is give a brief description of each song track by track.

Let’s start it off, track #1 is Nuclear Family, a great opening song , it’s got a great rhythm and feels right and something you would here to start off a movie. This song is definatly one of my favorites on the album and has an awesome bassline. It’s got an old school punch to it.

Track #2, Stay The Night, this song is really something anybody who loves someone can relate to, the lyrics have the impression that you want that person to stay with you and to never let go. All of us don’t ever want to say goodbye to the ones we love and we want to be with them all the time and it’s one of those fuzzy songs but kicks your butt at the same time.

Track #3, Carpe Diem, this is totally a sing along song and reminiscent of Before the Lobotomy from 21st Century Breakdown, it’s also a very catchy song that is a total blast to listen to. This song makes you want to live it up.

Track #4, Let Yourself Go, they played this at the MTV Video Music Awards, this is the crazy song of the album, this is actually the 3rd single off this album, it’s got an old school punk drum beat similar to their song Maria from 2001’s International Superhits. This single was released on September 5th of this year.

Track #5, Kill The DJ, the 2nd single off this album, this song is more or less giving the middle finger to techno, house, and mainstream obnoxious pop music that DJ’s play too much of. This is the album’s fist pump song for all you Jersey Shore Fans. This single was released on August 15th of this year.

Track #6, Fell For You, another love song that punches you in the gut, this song is a bit poppy but its pretty cool.

Track #7, Loss of Control, this song is crazy, because I don’t know what to make of it, but to say it’s punk.

Track #8, Troublemaker, yes there is a song for you troublemakers out there, 21st Century Breakdown had Peacemaker, this album has Troublemaker, they sound like a punk New York Dolls and with a hint of original punk Iggy Pop. You can hear their influences loud and clear in this one.

Track #9, Angel Blue, it sounds as if American Eulogy from 21st Century Breakdown and Letterbomb from American idiot met and had a baby, but I like it.

Track #10, Sweet Sixteen, this song is kind of like a sufer song and it’s pretty rad, it’s another fun song on this album.

Track #11, Rusty James, this song is so reminisent of  Scattered from Nimrod, and I’m so glad to hear that old Green Day feel in this album.

Track #12. Oh Love, the album’s 1st single, which was release on July 16th of this year, and it’s an all around cool song, it’s another sing along song that you can’t help but love. It’s really like nothing they have ever done before, this song puts them back on top.

This album is a definite must buy, if you’re a Green Day Fan this belongs in your collection. Even though right now Green Day had a few bumps in the road with Billie Joe Armstrong going into rehab, but once he gets out they are going to tour the country ready to go and show everyone that they still got it.