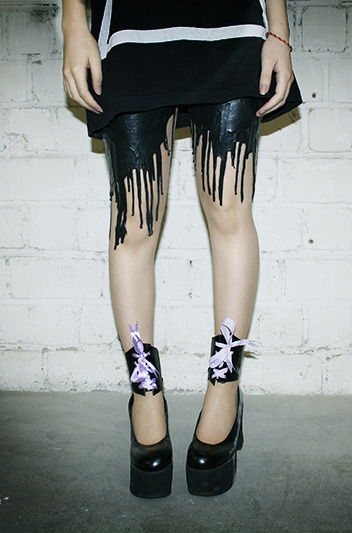 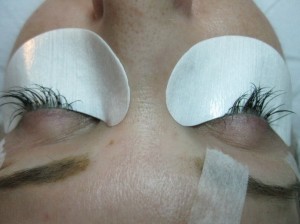 Hair extensions have been popular for years now it’s all about enhancing ones eyelashes. Eyelash extensions are one of the most extravagant luxuries women can afford by laying down a few hundred bucks for a technician to lovingly glue human hair one by one to their eyelashes. The process takes around an hour and a half of lying down with your eyes closed.
2. Circle Lenses 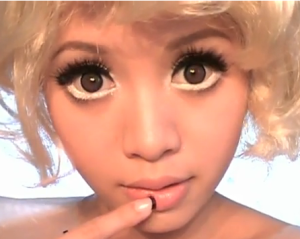 Hey want to look like an anime character? Yeah me neither..but if you think looking strung out with diluted pupils is sexy then maybe circle lenses are for you. The lenses are supposed to make the iris appear larger and cartoon-esque. Circle lenses are currently banned for sale in the United States but you can still order them straight from Korea and Japan. Many experts say using circle lenses can damage your vision but hey black market contacts from countries who lack regulation on medical devices sounds completely safe to me!
3. Doll Make Up 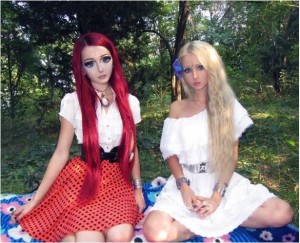 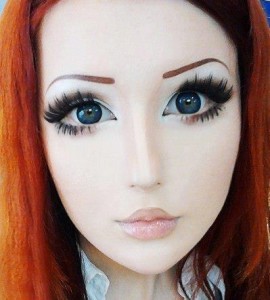 To really complete the look of your circle lenses you have to have some freaky make up to go along with it. This new trend is less of a beauty trend and more of an optical illusion. Thick white eyeliner around the lower lash line provides an amazingly scary effect of huge Lisa Simpsons eyes complete with fake eyelashes on the upper cheek area to complete the illusion of having huge eyes.
4. Eyelid glue 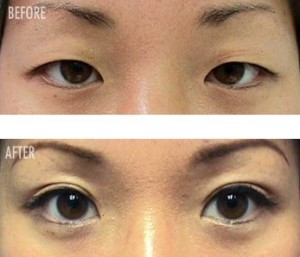 It’s exactly what it sounds like.. glue for your eyelids do you notice a pattern here? Big bright eyes are considered the cornerstone of beauty however many are taking that sentiment way too far. This glue popular with women with hooded eyes such as those of Asian decent and aims  to create a crease in the eyelid giving the appearance of bigger brighter eyes. Glue + Eyes = Hilarious Disaster waiting to happen.
5. Neon Lipstick 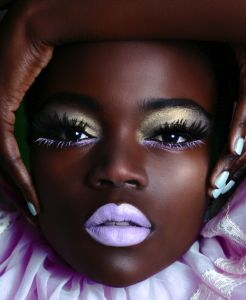 I blame Nicki Minaj for this garbage, you cannot pull off blue lipstick at any moment in your adult life ever, not even on Halloween so why on earth have make up giants such as OCC cosmetics and Sephora selling such abominations? Well, I guess so that we will all have something to laugh at? 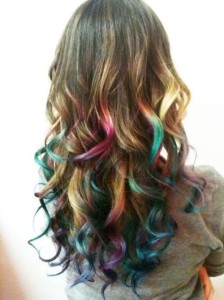 As popularly seen on Pinterest the site that makes you think anything is possible…well it isn’t using chalk in your hair for a temporary rainbow effect is going to be a fail. Let’s just focus on what chalk is for a minute..it’s a dry, brittle powdery substance is it any wonder that the women who tried it said it left their hard dry, and brittle? Aw but it looks so cute and healthy on pinterest! Well I have a shocking revelation for you not everything you see on pinterest matches the caption, because people can repin pictures over and over so the “chalk hair rainbow” may have just been “rainbow ombre hair done by a professional” just repinned with a new caption. Beware before you try anything on pinterest, read the comments and see how it turned out for other people.
7. Anti-Gravity Wedges 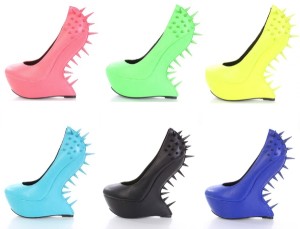 These ankle breaking heels are quite fashion forward but the martial space look may look great on Instagram and fashion blogs but in everyday life they just are not practical. Save these for your coffin cause that’s the only place where you can wear them without your feet hurting!
8. Melting leggings

I got to admit I love these things and I would totally rock them until a friend of mine pointed out it looks like your nether regions have started oozing slime.
9. Knuckle rings 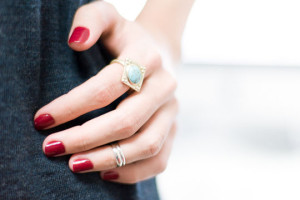 These are just stupid 99% of people will just think your rings don’t fit.
10. Nonprescription Hipster Glasses 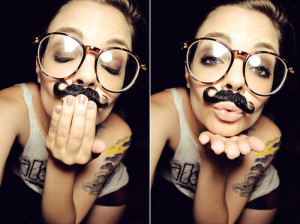 Take your inner hipster and shove it off a cliff! I’m really biased here as a glasses wearing myself, I can’t help but be annoyed when I see people who don’t need glasses but wearing huge non prescription novelty glasses. Come on guys really, that’s like using a neck brace as a fashion accessory