Mercy Drops The Ball On Flyers 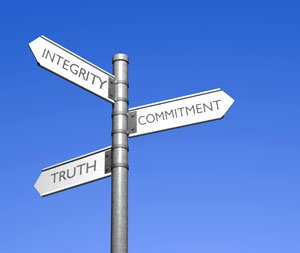 Every young aspiring journalist has one goal in mind, to write something that inspires a change. Being a senior at Mercy College means the world to me, and I have school pride unmatched by anyone on campus. Every semester, I am amazed by the wonderful faculty at Mercy College that not only teaches us, but inspires us as well. The Mercy College student body is also great, as never have I experienced a place where I can be myself around my peers. The students may keep to themselves but they are overall friendly.

The one thing I feel many students can agree on is that the administration puts a damper on some of the great things the school offers. Don’t get me wrong there are great things that the new administration has been able to accomplish, such as raising enrollment and fundraising. They have also spearheaded wonderful innovations and renovations that we have all come to enjoy. However there are places where the administration can make even more improvements, such as their handling of controversy and their support of various student organizations on campus including The Impact News.

In light of the recent scandal on campus, students feel as if Mercy dropped the ball on the situation. Bianca Young, a sophomore studying Psychology, said she had heard about the controversial poster well before the school reached out to her in an email.

“No, I didn’t even notice it. I had no idea they even issued a statement. I thought they were going to turn a blind eye to the situation.”

It was days after the incident that Mercy administrators came out and made a statement to formally inform students of what was happening, a day after News 12 and other sources picked up the story. It sends a message that they may have intended not to notify us at all, and we’re hoping the story would just die as a rumor. Administrators did not immediately condemn the act, and remains tight lipped on the so-called investigation which now involves the Greenburg Police department.

Many students had no idea and heard of the story only after it appeared on the local news.

If Mercy College officials had been the first ones to notify students, they could have turned the negative story into a positive one by showing that they are handling the issue and in control of what goes on in their dorms and on campus. A press conference or meeting could have been scheduled where students could attend and show unify to show that our diverse student body won’t tolerate such heinous acts.

Finally, officials did not ensure students that the poster was indeed a prank, which would have curbed the fears of anxious students. Ladawn, a senior studying health science, who wanted to be identified by first name only, said, “I didn’t know it was a prank, it’s a little bit of a relief that it is. From what I saw on the news, I thought it was real.”

Which is what happens in the media game. Speak up and set the record straight, or have others do it for you.

The Impact News was one of the first to officially report on the story that was later poached by NBC, News 12, and other media outlets, and was the first to mention a police confirmation that the poster was indeed a prank. The story, which blew up overnight, was a big deal for the members of the paper who broke the story – a story which could be a stepping stone for their careers in journalism. This is not the first time members of The Impact Staff have put out incredible stories, and yet the paper is still met with a lack of support.

It seems as if administrators would prefer for us to write cutesy stories about how great the school is. Fine. Pitch them to us. In fact, many of our issues praise the improvements and advancements made, however, it is our job as aspiring journalists to remain impartial and it is our duty to report the truth at all times. It’s a sad commentary that something as important as the paper receives no acclaim from the administration. We have written various stories about the students’ plight and problems and not once has anyone ever reached out to help them, such as the story on aging out of foster care.

Does the administration of Mercy College even read our paper? The fact is, the staff had to actually have a discussion on whether or not we could put all the facts in the KKK poster story fearing backlash for our advisor and the School of Liberal Arts. When journalists, even aspiring ones such as ourselves, have to sit down and make a tough decision whether or not we can truthfully bring facts to our readers, then there is a major problem.

Unfortunately, because The Impact is not an individual entity, fears like that remain valid. Many students, including myself, had no idea that Mercy College even had a school paper let alone a website. The distribution of the paper is an issue that angers members of the staff because the paper is only readily available in the café on the Dobbs Ferry campus. The newsstands in the library were removed because of aesthetic reasons with staff given no warning or explanation. Issues of the paper have actually been thrown in the trash. The hard work of our staff, along with the money the school has spent to publish the papers seems to be nothing more than garbage, in the eyes of the administration. With this column, that will likely go unnoticed and unanswered by the higher ups at Mercy, I ask that next semester the Impact Staff and Administrators work together to inform, enlighten and unite the study body.

I ask that they ensure us that on whatever we report, that our worry for backlash is unfounded, and that their cooperation will be at the top of their list.