Weird but True Stories of 2012 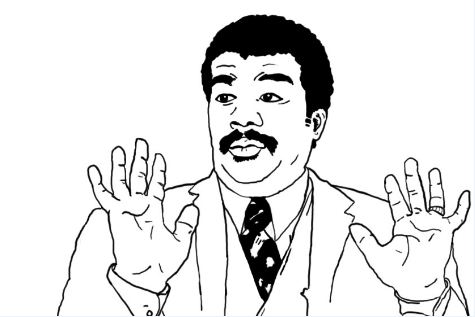 Every so often a story surfaces that you just can’t believe and 2012 has been full of some insane stories. Such as the elderly woman who destroyed a valuable painting and that unfortunate face eating attack in Florida. 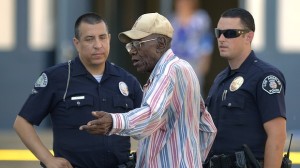 A 100 year old man backed his Cadillac over 11 people including children in front of an elementary school, 4 children were seriously injured in the accident. This story sparked a debate on whether or not there should be age limits on drivers. This year has been full of stories of the elderly being in accidents all over the United States.
2. New Jersey Man throws Intestines at Police. 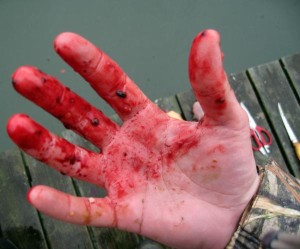 The Zombie Apocalypse was a huge theme in 2012 with movies, video games, books and TV shows taking a stab at the genre. It’s all fun and games until we hear about face eating and intestine throwing. As unbelievable as it sounds a man actually stabbed himself and when ordered to put down the knife he started to throw pieces of his skin and intestines at police.
3. New Zealand Dog passes driver test. 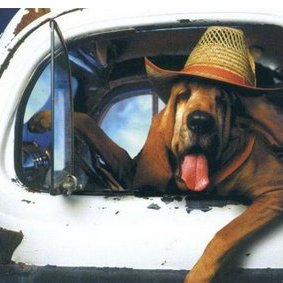 Well apparently dogs drive better then elderly humans. The biggest questions here are not only how but why? Apparently they are in some kind of dog talent agency.
4. Man Sets Home on Fire Microwaving Socks and Underwear. 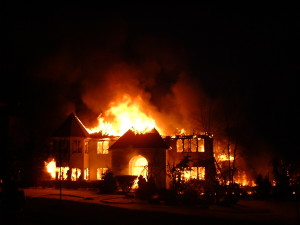 This one is pretty self explanatory, cold nights have been the cause of many house fires by those trying to keep warm. However, this one is just really funny imagine having to tell a fireman what you were doing that started the fire. Also who microwaves their underwear? You do realize you put food in there right?
5. Roach-eating contest ends in death. 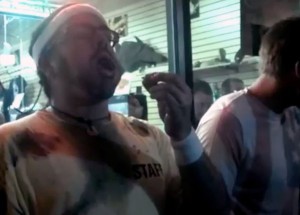 Be sure to chew your food especially if they are roaches. A 32 year old man died in Florida after eating dirt, worms and roaches to win a python. I’m sorry to say this, but I’m pretty sure every pet snake probably hates their owner and would probably kill/eat them if they could. Just adopt a dog from your local shelter and you don’t even have to eat a doggie biscuit! 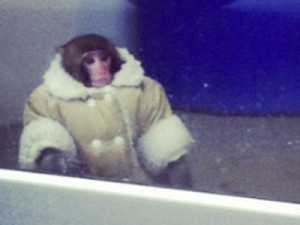 A woman lost her pet monkey outside of IKEA, he’s better dressed than many of the folks at Wal-Mart. Can anyone explain to me why people have pet monkeys? 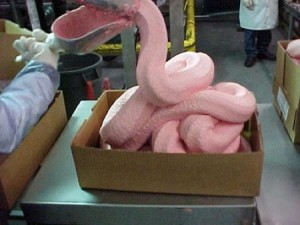 Ah, yes we all knew that it was bad for us so much so there was little outrage to the revelation that McDonald’s burgers were composed of a pink slime called “boneless lean beef trimmings”. The pink slime is actually made from what’s left over after choice cuts of meat are selected. Yes, the garbage part of the beef is what McDonalds used to make those 100% beef they advertise so lovingly. Are any of us really surprised? Furthermore the product is banned in the U.K. so if you ever travelled across the pond and noticed the burgers tasted different, now you know why. 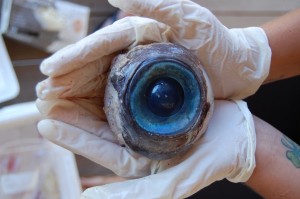 This gigantic and hauntingly beautiful eyeball was found on a Florida beach and was later discovered to be from a swordfish. 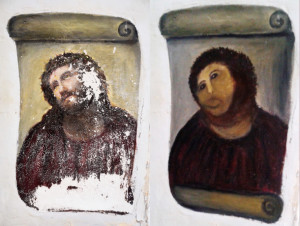 This is one of my absolute favorite stories of the entire year, an elderly woman in Spain attempted to restore a centuries-old fresco painting of Jesus Christ that was painted on a church. The work of art was originally painted by Elias Garcia Martinez and “restored” by 81 year old Cecila Jimenez. Mrs. Jimenez had only intended on fixing the chipped paint and restoring the artwork to its former glory well what she ended up doing was destroying the painting or making it better depending on who you ask.