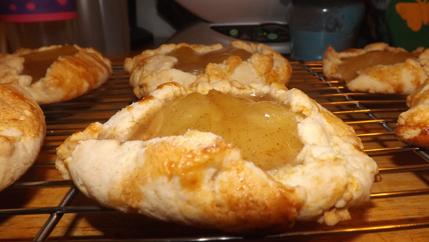 With sites like Pinterest popping up and showing the brilliant and seemingly easy craft projects you usually end up saying to yourself’ “I can do that!” but after the second step you realize that your an epic fail. I’ve decided to do a blog series on my adventures of web tutorials that make it look oh so easy. Hopefully you can find my tutorial triumphs inspiring or at the very least my epic fails amusing.

Now a days when you want to learn how to do something, there is really only one thing you do..GOOGLE IT! Usually that search will eventually take you to one of the Google’s most popular sites, YouTube. You can pretty much learn how to do anything on YouTube from cooking to make up tutorials.

One of my favorite things to do is bake, the sweet smell of pastry in the oven fills me with an indescribable warm feeling or maybe its just the heat from the oven. One day as I was surfing the web, I had a urge to bake but knew I didn’t have many ingredients. I wanted something simple but also impressive. I looked around the kitchen and there were very little prospects, all I had on hand was some canned apples and flour. I  thought to myself well, come on this could turn into an apple pie somehow right? Well wrong, apparently you need all kinds of baking powders etc for a proper pie crust.

Realizing apple pie wasn’t going to happen; I thought well how about a mini apple pie thingie? I finally came across the perfect recipe “Mini Apple Pie Galettes” from a really awesome YouTube culinary visionary known as “ThedeliciousCook” also known as the incredibly handsome Ronnie Woo. The recipe only called for a couple of ingredients like flour, ice water, butter and of course fresh apples (yeah no, I have canned apples and that’s going to be just as good!)

Obviously I decided to dive into the super easy tutorial, I started off by throwing my sick of butter into the back of the freezer, I mean how long could it take to get butter completely frozen into a brick of solid lipids? If you know chemistry lipids ARE NOT supposed to be able to freeze easily due to their molecular bonds, but very soon I found myself with a object that could be used to bludgeon an intruder!  Anyway while I was subtly chilling the butter I began weighing out the flour which, I proceeded to throw around my mom’s kitchen in a fashion that would leave Tony Montana drooling. 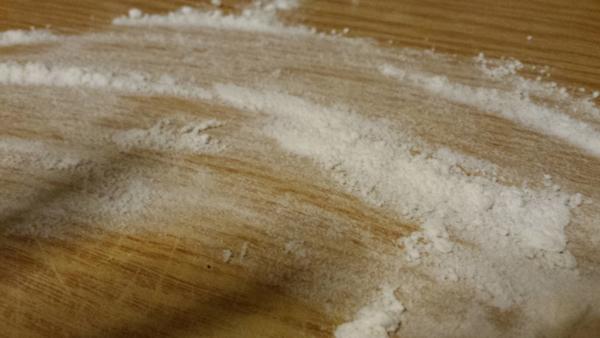 Now I decide to take a good ole butcher knife to my brick of butter and try not to cut off my finger tips. Chopping up frozen butter is surprisingly easy and really entertaining. Finally we get down to the fun part, throwing the ingredients into the flour and got my hands all up in there. (Sorry I wasn’t willing to get flour on my camera, PS your hands MUST be clean for this, come on guys you know better!) This part is pretty messy as you can imagine but I kept listening to the calming voice of Mr. Woo and continued to mix and mix until I ended up with a sandy mixture of buttery floury goodness.

As Mr. Woo promised the mixture turned into a pretty little dough ball (eat your heart out Pillsbury!) I promptly wrapped the dough in plastic wrap and threw in the fridge for 30 minutes while I tried to undo the damage to the kitchen. Next all you have to do is roll out the dough *I used a Prego sauce jar to roll out my dough because of an unfortunate incident with my rolling pin, may you rest in peace dear rolling pin*  and throw your *in my case* canned apples into the center of the dough and roll up the edges. Now that sounds easy but yeah its not, it’s going to be messy and look really stupid but just do your best, trust me it won’t matter after it’s baked. Next you want to take some melted butter and brush it over the pastry, and then you want to sprinkle it with some sugar to give it that Martha touch. Now pop those babies in the oven and cool them on a cooling rack and just wait till the boys start coming to the yard. 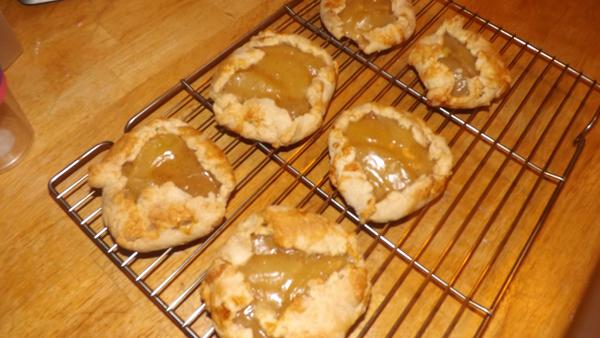 These came out fantastic, they are VERY RICH and VERY BUTTERY, my entire family loved them although. I’m very picky and they were good! However from the reaction I got from the normal people I know I’m confident in saying that you should definitely give these a try.

TL:DR: Make this Recipe, if you don’t like it you’re a weirdo. If you mess it up, well maybe baking is not your forte