A Childhood Best Friend, We All Have One 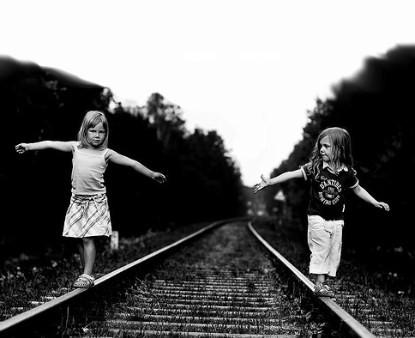 Some people are lucky enough to have their childhood best friend still in there life. Then there are others that aren’t.

I met my childhood best friend in pre-kindergarten.

We did everything together: sleepovers, going to movies, played basketball, joined Girl Scouts, dancing school, cheerleading (which only lasted a few weeks, then we both quit) and so on. We even went to our first concert together to see Teddy Geiger. We had no clue in the world who he was but went because we won tickets from Radio Disney. Every Christmas we called each other up and talked abut what each other received and ended the conversation with, “can’t wait to see it!”

Her house was like a second home to me as well as her family and vise-versa.

It was easy to be friends with her because we saw each other every day at school. It was until I switched schools in the fifth grade.

We vowed we’d still be best friends even if we were in separate schools. As a matter of fact, our families even went away that summer to Myrtle Beach.

Going to different schools didn’t seem to bother us. We made it work. We continued dancing school and saw each other every Thursday. Even when I quit dancing, we were just as close, and through middle school, too.

We promised each other that it wouldn’t happen to either one of us. But, once high school began, everything changed. The only thing that didn’t change was the fact that we still went to different schools.

We stopped talking 24/7, and never told her each stuff anymore.

When we were in middle school, we made this pact that when either one of us got a boyfriend, the other one had to meet him and make sure he was “okay” or else.

What happened to the promise, “I’ll be the shoulder you need if you want to cry?”

When we’d speak, I felt like I was telling her stuff but she wasn’t in return. I understood that she had her new group of friends, but so did I, and that didn’t mean we had to stop telling each other secrets or anything.

Her sweet sixteen was the first time we were really talking and she updated me on a lot in her life. She even referred to me as her best friend still. From that day, we continued talking, but not on a personal note.

Graduation time came and we both had parties; she came to mine, I went to hers. We probably shared a couple of sentences with each other and that was it.

Our plan since we were little was to go on a road trip the summer before college, but that never happened.

College started and we never spoke.

I came home for Thanksgiving and received a phone call from her. She asked to hang out for a while and talk. I agreed, because I mean, she was my best friend, how could I say no?

Not even a half hour that we were sitting, we ran out of things to say. Her mind was in another world. Like she was physically there, but on auto pilot mode. She was a completely different person. A person I didn’t even know anymore.

It was the last time we actually spoke to each other.

I guess part of me is writing this because normally on each of our birthdays, we’d text each other “happy birthday!” and then go on with our day, but this year that didn’t happen. She didn’t text me or even write a Facebook post like normally.

Whatever it was, it upset me.

When her birthday came around, I was going to wish her a happy birthday to be the better person, but I didn’t. I really don’t know why I didn’t. Maybe because it was the first day of the semester and I forgot? Or maybe I just didn’t want to.

People grow up. They change. They’re not the same person they were when they were four years old. And neither are you.

That’s the problem with becoming friends with someone when you’re four. You choose the first person that spoke to you as your best friend, never knowing what the future could tell.

As I said earlier, some people are lucky enough to have their childhood best friend still in their life, and others aren’t so lucky. Be thankful if you do… 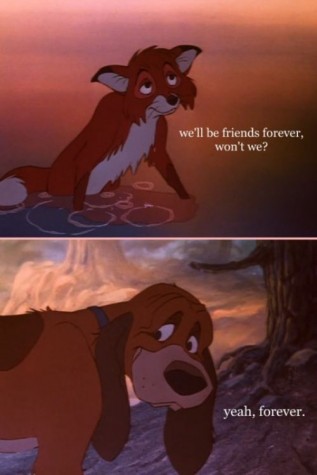