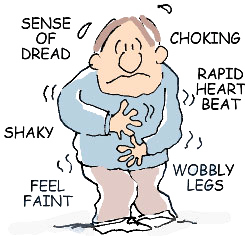 Everyone has a fear. For some people, it’s heights, spiders and snakes, or even the unknown. It’s a known fact that the number one thing people fear is death.

For me, I’d rather die than speak in public.

Ever since I could remember, it’s always scared me to get up in front of a class and present. It even followed me to college.

As a freshman, I took a Homeland Security class, where I had to create a case study on a high profile homicide. I was so happy that I was able to do it on Cropsey (If you don’t know what Cropsey is, click here). I felt a hundred percent confident that I could do this. I knew the case like it was the back of my hand.

It was the last day of the class, everyone presented their case studies, but there was one more left. Mine.

“Last but not least, Kayla!”

My heart was beating rapidly once I heard my name.

I got up and walked over to the podium. I was shaking so much that I couldn’t plug my flash drive into the computer. When I finally got my case study PowerPoint up, the previously rehearsed words I had soon disappeared.

I stood there scared to death. I didn’t know what to say.

When I took my eyes off the computer screen, I knew they were staring. There were about fifteen other people in this class, which meant thirty eyes on me.

More than six eyes on me cause my nerves to start in.

But, there was one extra problem: I was in a class with all boys! I was the only girl. That made me panic ten times more. Not to mention, when at least one of them is attractive, it causes speaking much more complicated than it should be.

Guys normally don’t have the fear of public speaking as much as gals, and it was quite clear that the guys in this class were okay with presenting.

I started to talk and my professor interrupted me.

As I started to talk louder, my voice started cracking. It sounded as though I were about to cry. And that’s exactly what I thought I was going to do!

I had about nine slides in my PowerPoint, but it felt like there were more than twenty at least. As I went through slide by slide, my legs were giving out and I had my hand over the mouse going back and forth with it.

Once I finished my case study, I ran back to seat making no eye contact whatsoever with anyone.

I was mortified. I knew I messed up terribly.

That was only round one of my public speaking fear.

Round two happened in another class where I had to present a mock terrorist attack presentation. This time, a few details were different.

I had a partner, and I wasn’t the only girl.

It was the day of our presentations, and my partner asked if I wanted to go first, but like always, I chose to go last. So that’s what we did. I thought that by preparing myself this time to present, I’d be a bit more confident.

Due to my fear of public speaking and having the thought in the back of my head that I still had to take a speech class to fulfill my gen-eds, I planned on taking it online. Then, when I met with my new PACT mentor over the summer, she told me that I had to take speech inside a classroom and it had to be in the fall. I almost cried.

I’ve always heard stories about other people with their speech classes talking about the way their professor judged them harshly on their performance (if they made eye contact, if they stayed in one place, how they were speaking, and so on). What scared me even more was that they all had to make about four to five speeches.

I had no other choice but to take the class. I spent all summer trying to calm my nerves every time I even thought about this class.

The first day I learned that we would be watching more speeches, than actually presenting them. Hearing that helped me sleep at night!

I may never completely get over my fear of public speaking, but the one thing I do know…

Whatever I choose to do with my Legal Studies major, whether it be becoming a lawyer or a paralegal, public speaking and communication plays a big factor in it.

I’m waiting for the challenge. I’ll be ready. 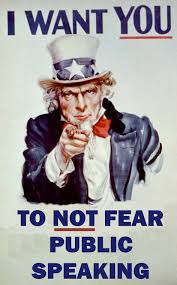