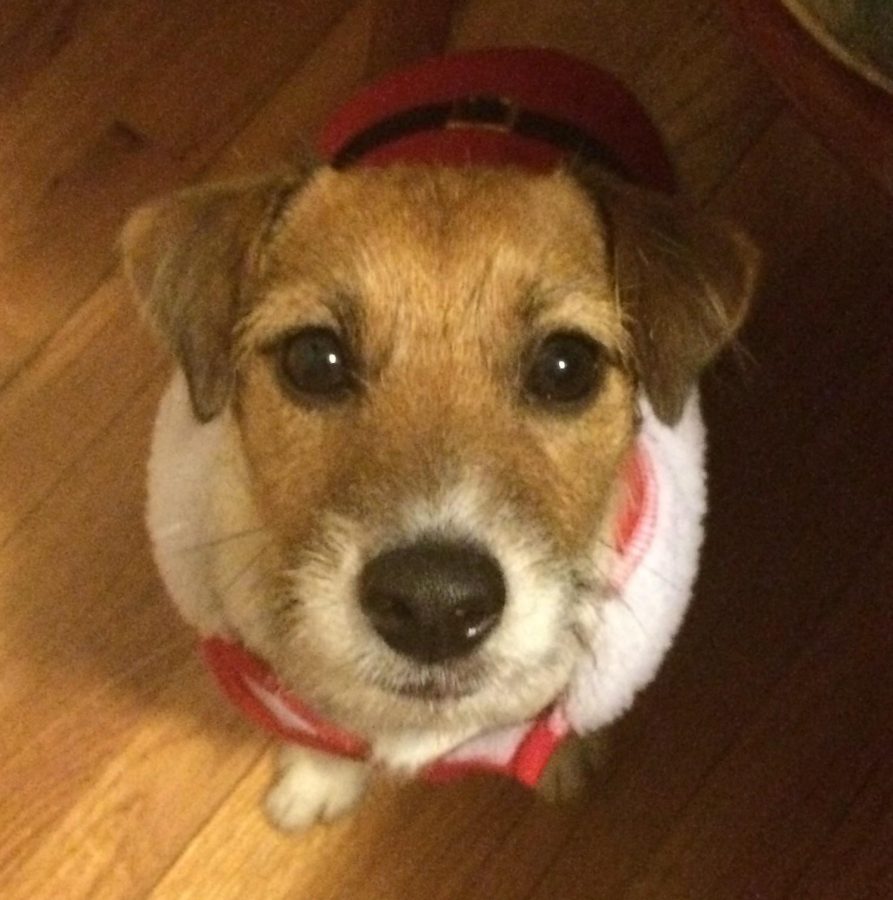 Like normally, I scroll down my Facebook newsfeed and see a video that stands out to me. It was a video my dad shared about organ donation, so I clicked play.

Let’s just say, I didn’t know what I was getting myself into when I hit play.

By the time the video ended, I found myself sitting in the Journalism Lab before my Speech class, in sobbing tears.

It starts off with a dog putting his paw on his owner to wake him up from sleeping. Then, while the man is in the kitchen, the dog is beside him. He’s also beside his owner when he is walking across the street.

Then, the man goes inside to sit with a couple of his friends and talk, and you see outside the window, the dog is sitting out there waiting patiently. He perks up when the man comes outside.

The dog looks up to his owner in that adoring position, then he gives the dog a treat.

In the next scene, it shows the owner having a heart attack and being rushed to the hospital in an ambulance. Through the ambulance windows, you see the dog chasing after, then you watch the man getting wheeled into the hospital and the dog running after him, but doctors shut the door before the dog makes it into hospital.

The dog lays patiently in the rain outside the hospital for his owner.

Then, the doors to the hospital open, and a woman is being wheeled out, who just came out of surgery. The dog runs up to her and sniffs her and gives this woman all his attention.

Aside from this being a commercial about organ donation, it portrays a dog’s companionship and loyalty that they have for their owner.

Soon after, this got me to Google a bunch of different things with dogs.

The first search engine that came up was a link to “A dog’s purpose, according to a 6-year-old.” I read this brief story, and quickly, it brought tears to my eyes.

It was about a veterinarian who went to a family’s house to put their dog, Belker, who was dying of cancer, to sleep. The parents believed that it would be good for their six-year-old son, Shane, to observe the procedure, in hopes that he might learn something from the experience.

The veterinarian explains how the little boy seemed to be calm as he was petting his dog for the last time and seemed to accept Belker’s transition without any difficulty or confusion.

Here’s a little excerpt from the story:

We sat together for a while after Belker’s death, wondering aloud about the sad fact that animal lives are shorter than human lives.

Shane, who had been listening quietly, piped up, “I know why.”

Startled, we all turned to him. What came out of his mouth next stunned me.  I’d never heard a more comforting explanation.  He said, “People are born so that they can learn how to live a good life – like loving everybody all the time and being nice, right?”

The six-year-old continued, “Well, dogs already know how to do that, so they don’t have to stay as long.”

This touched me because it’s true. A dog knows how to love everybody, no matter what they come from because their love is unconditional love. And, it’s a bond that can never be broken.

If dog’s lived forever, it would be more than great.

But sadly, just like little kids grow up, dogs get old.

I’ve never lost a dog, but it gives the chills and a cloud of sadness above me when I think about losing my wire-haired Jack Russell Terrier, Romo.

I’ve had him for two years now, and he’s been nothing but the greatest reason to smile.

They say all dog’s have a purpose in life. They also say that dog’s choose their owners.

I guess I can personally say Romo chose my family.

When my dad and I went to Shake-A-Paw, we went just to look, not actually buy.

I walked passed the cutest Jack Russell, which is my favorite breed, in the window. He put his paw on the window then I put my hand on the other side of the window, and he cocked his head to the right.

At the moment, I didn’t realize that was his way of saying I choose you, but in reality, thinking about it now, it was.

It was nine months after my grandmother passed; we were all still upset about it.

But, once we brought Romo home, he filled the emptiness.

So, maybe Romo’s purpose was to help fill that missing link.

He did nothing but bring unconditional love and licks to the family starting from the moment we took him home two years ago.

The sight of his white stubby tail wagging brings a smile to just about anyone’s face. You can’t go a day without a smile on your face, especially when he gives you his puppy dog face.

Going back to the organ donation commercial, the dog’s loyalty and companionship with his owner are two traits my dog has. This is probably even more of the reason I cried the way I did after watching it. I pictured it was Romo. And, just like the little six-year-old in the story, I agree with his thoughts on what a dog’s purpose in life is because I can relate to receiving unconditional love from a dog.

As I said before, little kids grow up and dogs get old. I know as I grow older, Romo will be getting older, too. It’s not something I want to picture right now, especially since he’s still a pup, but it’s inevitable. It will happen one day.

But for now, I don’t want to think about anything happening to my dog, Romo!

P.S., a quick shout out to my dog: Thank you for being the world’s best dog anyone could ever have! ♥