Chase a Passion, Not a Career 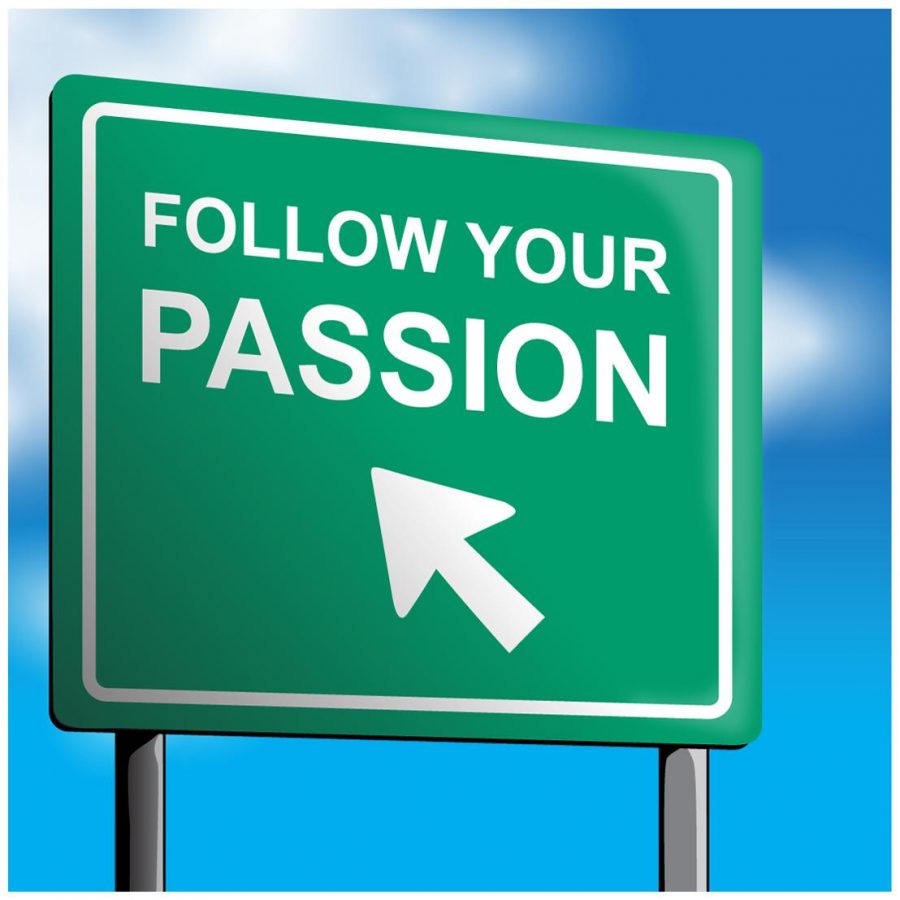 As children, the world is our playground. We are brought up with the thought that knowing what we want to be when we grow up was a necessity.

And when we’re asked what it is we wanted to be, we used to say things like Police officer, astronaut, dancer, singer, teacher, Doctor, and so on.

We were able to do anything we wanted or become whoever we dreamed of, simply because we said so and believed it.

And yet, somewhere along the way, those dreams got lost.

We instead select a path that is guaranteed to give us security and stability. We lose sight of the real dreams at hand.

I know for a fact, I fall into this.

When I was in pre-k, I used to say to anyone who asked me, “I want to be a teacher when I grow up.” Then, came the stages of wanting to be an archeologist, until I found out that meant I’d have to study science. And science isn’t my forte.

It wasn’t until seventh grade, that I made my decision – a time when I started watching crime drama shows like Criminal Minds and Law and Order: SVU. Everything on those shows looked so intriguing that I had my heart set on working in the law enforcement field.

I went through high school studying architecture because there was nothing remotely close to law enforcement in a vocation high school. It was rather a ‘rest stop.’

At the same time, I was interning in the district attorney’s office for three years. I felt like the internship ensured me that law enforcement was the correct path I was taking. It opened my eyes to the cruel world out there and helped me realize real things happen to real people, and justice needs to be served.

And then, in the blink of an eye, I was in college and taking classes for my major…

Yeah, I might be successful in completing these courses while also maintaining a high GPA, but since taking them, I can only look back in disgust.

You see, I never look forward to the classes when walking into them, and never feel fulfillment when walking out of them.

I feel like I’m force feeding myself an education that doesn’t excite me, all for stability and security.

I started to realize this last semester while I took three journalism courses for my minor. The alarm in my head started ringing, but I simply pressed snooze to continue chasing my legal studies career path.

That was until this semester.

I’m currently taking Managing Human Conflict I, and one of the assignments was to write the script for ourselves in ten years. This included, where we live, what we drive, what our jobs are and so on.

This was my chance to write my dreams on paper. It sounded easy, but it wasn’t.

No matter how hard I tried, I couldn’t see myself in the legal studies field. Instead, it was journalism.

That’s when the alarm went off again. This time, it was louder than ever before.

At 12 years old, the real world seemed so far away. I wanted to do something because it looked “cool” and paid a lot, despite the fact how dangerous it was and if I didn’t see myself chasing down perpetrators and holding a gun or speaking in front of a courtroom.

Now, at 19 going on 20, I’m closer to the real world than ever before. It’s a scary place to be, because you’re at a point in your life where you wonder if your decision to study something is the right choice.

For me, the more classes I take in the legal studies field, the more I realize that I’m not as passionate about it as I am with journalism.

“The saddest thing in life is wasted talent,” that’s the quote I have above my bed at home and at college. Every night before I go to bed, I’d look at it and continuously think about writing.

In one of my previous columns, I Write, But I’m Not a Writer, a part of me feels as though a few of the things I wrote, I wasn’t being truthful. I guess by doing that, I thought it would give me ammo in forcing myself to stay with legal studies.

Because to be honest, I do dream about being listed as a writer or even an editor for a newspaper or magazine. I spend some nights wondering what my biography would say. I don’t mind the thought of hoping that an important publication will choose to publish me; life’s about taking chances.

Writing is something I love. Writing is the adventure I crave. I enjoy putting my feelings out on paper and telling other people’s story.

Writing is the one passion in life that has no limits.

It’s just when reality settles in, and you think about having to pay bills on a tiny income…

I don’t believe that anymore.

I saw an example of this in my family law class. A woman in her mid-50s, told us how becoming a paralegal has always been her dream since she was younger, but couldn’t. Instead, she worked on Wall Street in order to provide for her daughter and herself. She explained to us how, if she could go back and have a redo, she would because money compared to what you want to do are two different things.

If I don’t earn six figures every year, I’m okay with that. I just don’t want to be the person that works for a living, in a job that I don’t get any satisfaction from.

Dream careers don’t just happen. They require a lot of drive.  I know journalism is one of those careers that you could do everything right and still not find a job, and I’m okay with that because I’m willing to go above and beyond doing something I love.

Had I had these same feelings when studying legal studies, of course I wouldn’t have decided to leave it. However, I was forcing myself into a corner that simply was not meant for me.

Turning a passion into a career is overwhelming and terrifying. Especially when you’re not sure what your parents will think or say about it.

They’re the ones that get us ready for this highway called ‘life’ and when the fork in the road comes, they let us make our decisions. We follow the road our hearts tell us to. And regardless of what your decision is, they’ll still be behind you on your way to your destination.

Following your heart will result in more happiness, more success, and more benefit to the field, as opposed to simply following a career based on how prosperous it will make you in the end.

I’m glad I came to this realization now, instead of later on in life.