What Almost, But Never Truly Was 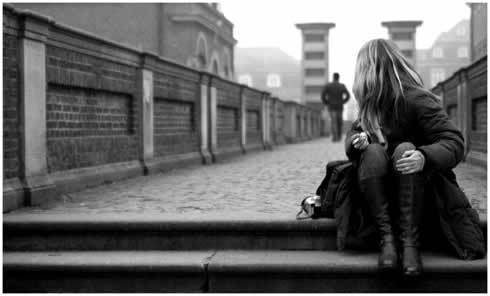 I liked him. He liked me. It was a ‘puppy love “romance,”’ you can say. Everyone we knew thought we were dating secretly, some even referred to him as “my boyfriend.”

Sounds a hell of a lot like a boyfriend, right? Well ,he wasn’t. He wasn’t my boyfriend. He should have, but he wasn’t. Instead, he was my “almost.”

And for some reason, the guy that “almost was,” is the toughest to get over.

Think about it. The relationship that was a questionable “almost” there, and harder to define, are the ones that are usually the most draining and yet, toughest to let go.

Why, though? I mean, it should hurt less, right? Because it wasn’t an actual relationship, right?

My “almost” hurts more than losing a “boyfriend.” It hurts more because there’s that shoulda-coulda thesis that my brain does constantly, and I’m left with a flower full of ‘what ifs.’

We could’ve been something great.

We should’ve been together.

We could’ve and should’ve tried harder.

What if he was my boyfriend?

Could we do the distance, if we were?

If only I said and did something differently, then maybe things would have worked out. I don’t know.

A lot of my friends didn’t grasp it. They kept telling me, “You guys weren’t even dating, you can’t be that upset,” to make it seem as though saying it made it hurt less.

If anything, it made it hurt more.

Why is that? Why can’t someone hurt just because it wasn’t official?

It’s as if without those petty, childish titles, the relationship has no credibility and no remarks worth getting upset over.

Yet, in reality, titles don’t tell us if we should or shouldn’t be upset. Being upset left me to only constantly wonder ‘what the hell was I thinking’ for letting such a great guy like him slip away.

You have to understand something, my “almost” is my almost because of one thing: timing. Timing was not on our side.

I met him Valentine’s Day 2012 when I was with my ex. From that day on, we grew closer. He did everything to make sure I was happy. Often times, the smile on my face was thanks to him.

He’d ride the train with me when he could’ve taken the bus and be home about 20-25 minutes earlier.

Thinking back, when we went to the movies during spring break during high school; he took the bus all the way to the train and waited for me. We took the bus to the movies, and it was pouring that day. Me, being me, I forgot an umbrella, so he held his over me. Again, me, being me, I wouldn’t let him hold the umbrella and wanted to do it myself, an old man came from behind us and said something that we both laughed at.

“Aw, how cute, young love! That’s what a boy is supposed to do; hold the umbrella and be a gentleman!”

When I went off to college, it was hard to keep in touch, but I was glad he texted me every so often. I was actually shocked when he told me he was joining the Navy instead of going to college. Never in a million years would I think he’d join, but as long as he was happy, that’s all that mattered. I had no say or anything in it, but deep down, I was worried.

I may not be his girlfriend, but I worry about him like one. With him, I was always able to be my crazy psychotic, weird self. When we talk, we always pick right back up where we left off. Our conversations lately aren’t much because of the time difference, but they’re still something.

When I see his name pop up on my phone, I feel this ridiculous smile on my face, but it’s one of those smiles that is genuine. And that makes me wish that timing was on our side.

If it was, perhaps something great could have been gained from it. Who knows what would’ve happened. I don’t have the answer, and I may never have it.

There are times where I wish it were an actual breakup between the two of us. If it were, then I wouldn’t constantly go through my whole shoulda-coulda routine. If it were, then at least that meant we had a chance. But we didn’t.

I was young and stupid back then. I don’t know why I didn’t open my eyes sooner. I could’ve tried harder, but who knows what would’ve happened.

Maybe there’s a reason he’s my almost, but never truly was.

“I’ve never met someone who can make me smile just by saying my name, or give me butterflies while I’m in their presence, but you.”