How Do I Ask for Help 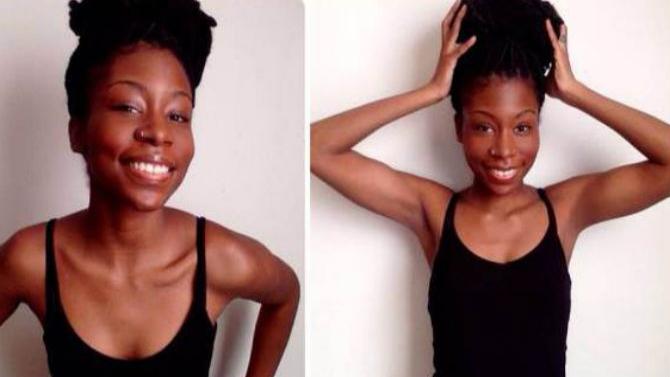 Recently a motivational blogger/friend of mine committed suicide after battling with depression and mental illness. I had never met her in person however; I had interviewed her for a magazine that I work for and had grew interest in her love of self-empowerment. The owner of For Brown Girls, Karyn Washington died April 8th at an apparent suicide; Washington was just 22 years old. The news came to me through social media and I was immediately surprised. The Karyn that I had seen (via Youtube and interviews) was so life like, optimistic and positive I couldn’t believe what I had read.
I began searching mutual friends Facebook accounts to read what they had to say about the ‘apparent ‘suicide and to my eyes it was true. I immediately began to cry I mean snot bubble cry for a second I had lost all faith in humanity. How can a person such as Karyn commit suicide? Karyn started a website titled For Brown Girls at the young age of 19, she dedicated her site to empowering brown skin women to feel comfortable in their own skin. A lot of women and men began to pick up on Karyn’s organization and soon her site became a hit. She has started her own You Tube channel that has brought a lot of hit fans. I just couldn’t understand how someone of karyn’s character can do such a thing.
Suicide is such a serious thing the thought of saying suicide makes me cling I just couldn’t understand where Karyn’s personality and suicide could ever meet so I began to dig. I went into her activity on her Facebook account I searched majority of our mutual friends and to my surprise Karyn was grieving a mother she had lost months prior. My heart dropped and I immediately envisioned my mother’s face. As a child I would constantly tell my mother if she ever died I would commit suicide just so I could spend the rest of my life with her. She would cry and I would apologize but that was what I felt. To read that Karyn had took her life because coping with the death of her mother was too much instantly got to me. I began to take it personal, every time I closed my eyes I saw Karyn’s picture and the face of my mother and a tear would roll down my cheek; where was her friends, where was her family. These were selfish questions I asked myself until I began to analysis my own answers. Sometimes all the support you need is surrounding you yet you can still feel so alone. In a crowded room you can still feel it’s just you. This was answers I told myself and I began to feel for Karyn. We experience up’s and down’s in life but the loss of a mother cannot be compared for the loss of a boyfriend , this too will not pass so when registering that how can you tell a person you cannot end your life? I do not think Karyn took the right route out but who am I to judge when at the age of five I acknowledged suicide by telling my mother we would both leave this earth together?
Although, plenty of people are blaming themselves for Karyn’s suicide there is no one to blame. There is no way to physically feel the pain that someone is enduring and there is no way to determine that a suicidal individual is crying out for help. Karyn’s death has greatly affected hundreds if not millions of people, she will be heavily missed. Sadly we must use this tragedy to acknowledge the importance of suicide, it can happen to me and it can happen to you.