Cap And Gown For Two 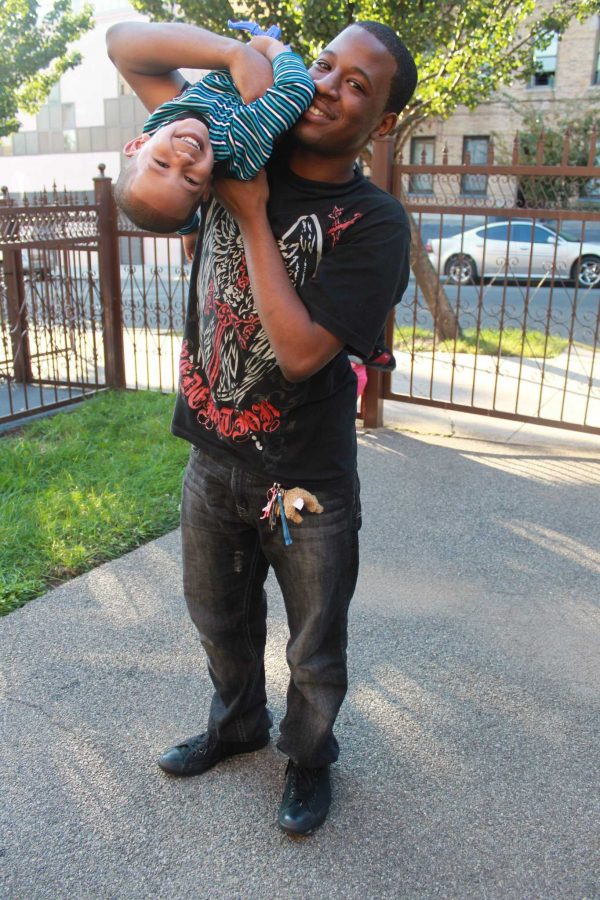 Being a single mother in college with an infant can be extremely stressful and overall tense. Young women have explained their issues and troubles they are faced with everyday caring for their newborns however, what about the fathers? It is very common to hear of a single mother trying to make ends meet while going to school but what about a single dad. Sometimes the stress is even more than a woman can imagine.

“The day she told me she was pregnant was actually the same day I had met with an adviser and choose my upcoming fall classes, talk about bad timing”. Words spoken from Chrisshaun Hill after remembering the day he was told his girlfriend was expecting their first child. “ I immediately wanted to call up the school and asked to be withdrawn from classes but something inside of me told me to wait it out and so I did.” Waiting had seemed to be his only option while friends and family members constantly voiced their opinions on why dropping out would be Chrisshaun’s best option.

According to a 2013 USD A report, the average middle – income family will spend roughly $12,000 on child- related expenses in their babies first year of life. By age two, parents are up to more than $12,500 a year and this is the expenses based on middle income, and working at a fast food restaurant at the time surely did not fit in Chrisshaun’s baby budget. Chrisshaun began thinking of ways that he could not only help the mother of his future child but himself. He retired his Taco bell name tag and began working at the Vitamin Shoppee where he was soon promoted to become key holder. “ Everything happened so fast. I remember applying for the job and getting a call within the same day, I did explain that I had a child on the way I always wonder if that was primarily the reason why my manager decided to give me a try”.

According to ABC News the percentage of single father households have risen to 62 percent in the past ten years, not including young fathers attending school. According to data analysis, single dads tend to be less educated owning a highest education of a high school diploma and place in the category of lower class. Adding a shocker to women who are single parents but still categorize in middle working class. “Working throughout the morning and attending school at night to come home to a sleeping baby seemed to be the first year of my son’s life” Chrisshaun says as being asked about his son Chrisshaun Jr’s first year adapting to his busy parent’s life. Although Chrisshaun is not considered a single parent he is the only person receiving income in his household at the moment which he explains as being extremely stressful. The weight of working full time going to school full time and being a full time parent seems to weight a lot onyoung adults mainly young men.

“My teachers, managers and staff are extremely understanding when it comes to my child”. Said by Valene Rajoon when asked about her leave of absent from school and work to give birth to her now four year old son Landen. “I honestly do not think I would have gotten as much leeway if I was a guy I feel like people have more sympathy for us women”. Valene describes her experience becoming a young mom and deciding to go back to school after having her son. “I took a total of four months off from work and a total of 4 weeks off from school. I followed online classes and had someone drop off and pick up homework it was as if I was there just not physically”.

Chrisshaun and Valene both are graduates of Bronx Community College. Interesting enough Valene was able to be medically excused for four weeks of class where as Chrisshaun was only able to miss a week. “I figure since I physically did not birth my son I could not compare to Valene’s need for more excused time. Although I had just had a child I understand the school’s reasoning”. Chrisshaun’s logic for why a father is not allowed the same amount of maternal leave as a woman. In today’s society a woman is sympathized, valued and giving great appreciation for being a single parent. The percentage of single moms who have graduated college in the year of 2013 has increased a total of 23 percent. Due to school funding daycare centers, scholarships, and child allowance in classes which leaves you to think just how hard a man has it. Women are praised upon and giving that extra care of help while a single dad is expected to have it all together and be able to provide. Being a single young mother attending school is hard, but being a single young dad is simply just scary.