What to Do When Meeting the Family This Holiday 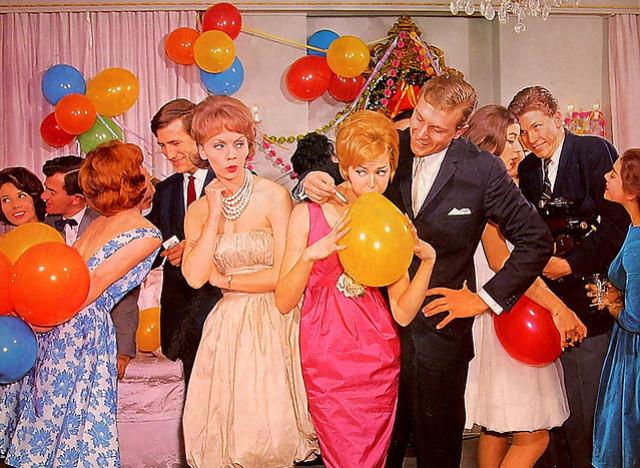 So you’re meeting your boyfriend’s parents this holiday and are completely clueless as to what you should do? Fear not when meeting your spouse’s parents the key phrase to remember is that less is more. Wearing less flashy clothing, wearing less makeup and doing less to your hair is always best. Being the only girl to seven brothers I’ve had my share of meeting girlfriends during the holidays and in some cases they have resulted in complete disasters. I’ve seen females come with short body fitting dresses, which in all cases is an absolute downfall. Your goal is to make your spouse’s parents think you are a saint and can do no wrong, wearing a revealing dress only leaves room for negative opinions.
I’ve seen my sibling’s dates wear pounds of makeup. This can be great for later laughs, wearing caked up makeup is not only bad for meeting the parents but just bad in general you never want anyone to think that you are trying too hard even if you know you are. Makeup especially lipstick sends the wrong message. While you’re stuffing turkey and ham down your mouth the last thing you want to be concerned with is lipstick smudging. The worst thing to see at the dinner table is a table filled with food and mouths with stained lipstick.
The next thing to keep at a minimum is hair. If you must get dolled up curls are the absolute most that a woman should be doing to her hair. You never want to outshine the parents or siblings! This too I have learned from pervious experiences that my siblings have encountered, bringing a guest home for the holidays that look overly done up, have always resulted in epic fails.
Always bring a gift, no matter how late you may be running it is best to bring a gift to someone’s home when you are coming during special occasions. If you are of age I normally prefer a bottle of wine. If you are really nervous you can bring two one white one red, this is a dead giveaway parents love wine during the holidays its easy and smooth not to mention affordable. Never try to overdo the gift by spending too much money sometimes the family will feel as though it’s just too much. Try not to be too chatty but make conversation, if you are not talkative all that will be said about you is that you are too quiet and that’s just as bad as not saying anything. Being too talkative can lead to awkward conversations and in some cases blank stares no one wants an overly talkative guest whom they’ve just met.
Final and most importantly make sure that your relationship or bond with this person is serious enough to meet their parents. The beginning stages of a relationship should not involve meeting the parents; this should be saved until last. If you have any doubts concerning your relationship or that person meeting the parents should not happen, happy holiday’s guys!