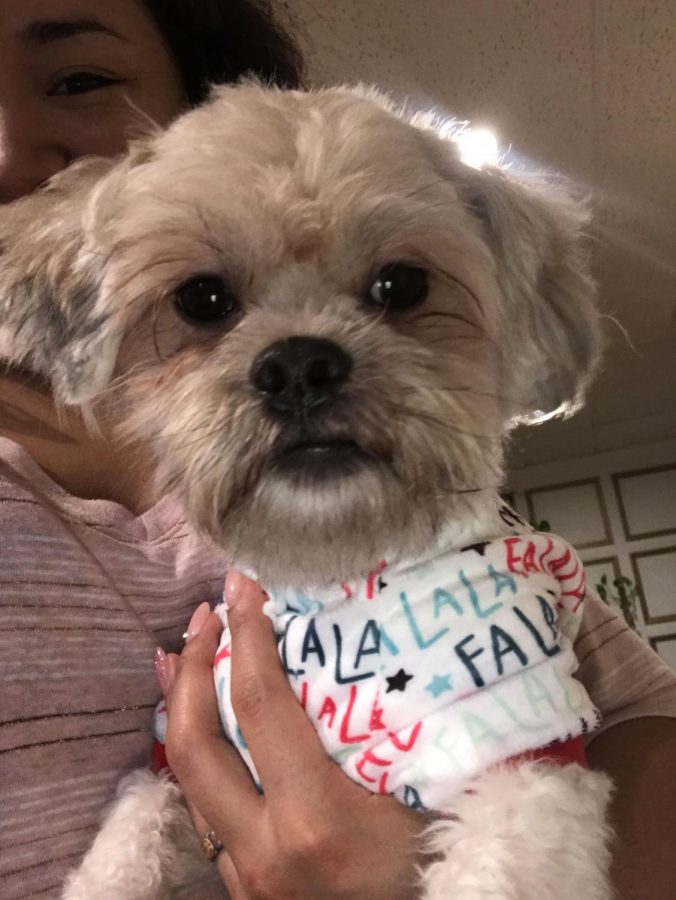 About a month ago, we save a little dog from suffering. He will turn two years old at the end of December. He is a shih tzu, and he is the sweetest happy dog.

I am always thinking about all those animals are in shelters centers or in need of adoption. However, if you think about it, there are a lot more pets suffering in places call “home” than in a shelter or foster families.
Here is the story of Milo, a sweet black and brown shih tzu. A couple of months ago, my husband met Milo for the first time. He works as an exterminator on the weekends and he visits houses, apartments, restaurants and anywhere he is required to.

One day visiting one of the scheduled houses, he was introduced to Milo. He was in a cage, dirty, with his long and tangled hair. He seemed happy and playful. He felt bad because the lack of care on him was obvious. 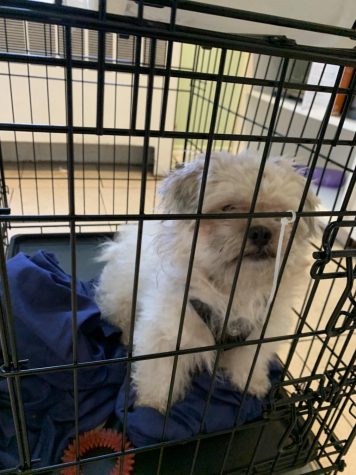 My husband asked his owner the name, and the owner let the dog come out of his cage. Milo was crying and wanted to meet the new guy.

My husband asked him if he was serious about it. The owner said yes and that he would give the new owner everything. The food, the cage, toys and everything that belongs to the dog and for free.

We let my aunt know because she was looking for a dog and she said yes right away.

The owner said to my husband to let him know when we would pick up the dog. We call the day after to let him know that we found a new family for Milo, but he did not answer. 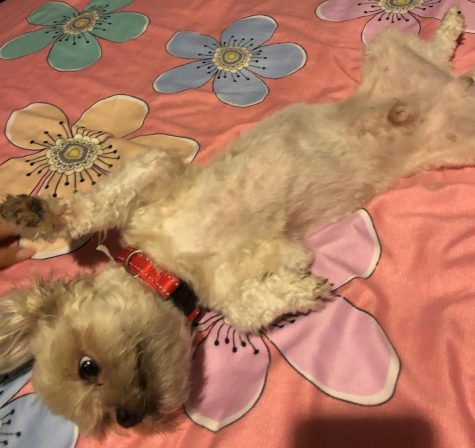 We thought he didn’t want to give the dog away anymore. My aunt kept asking if we had news about the doggy but no messages or calls from the owner.

After a month, my husband went back to the same house. The owner from Milo asked him if we were still interested in the dog. My husband explained to him we broke my aunt’s heart when he never answered.

He apologized because he ended up without a phone and he had to get a new prepaid line. But he only had a couple of weeks left at that house and he needed to get rid of the dog as soon as possible.

We talked to my aunt again and explained to her what had happened. She got excited and after a couple of days we went with her to pick up Milo.

He was just as my husband described. All dirty and careless. Long, tangled and dirty hair. It was like he had never been showered. He jumped around us as he knew us from his whole life. I wanted to hug him and squish him, but his odor penetrated my nose and I couldn’t breathe.

I held him and show him some love because that’s what he was showing back to us.

We took all his belongings and without a goodbye, his owner said, “thanks, good luck”.

How cold and loveless. I can’t understand how people can own pets and not love them. One thing is to not be able to keep him but was it necessary to have him as a stray dog?

We thought he would cry his first nights because even though it wasn’t a good home where he used to be; it was his safe place to be. However, he was happy. He adapted to his new life right away. It was like he knew we saved him from that miserable life he had. He knew his cage days ended up right that moment. 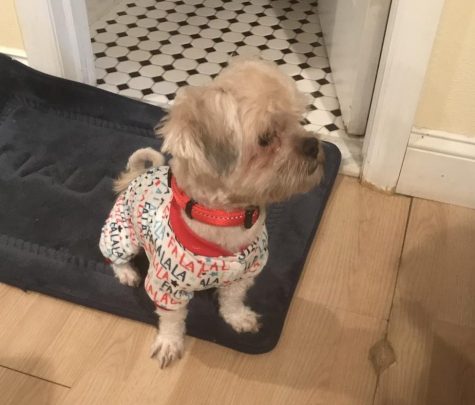 My aunt and cousin went to Petco after they picked him up and bought him everything. A new bed, clothes, shampoo, grooming kit, a new collar with a leash and toys.

Now, he is such a spoiled boy. He gets dressed, haircuts and baths regularly. He has his own bed and has a cat sister. He enjoys sleeping with her cat sister, or he also loves to cuddle with his new owners.

He has such a happy and lovely life and I am so happy we could meet him and save him. It is so fulfilling to see him happy with his new life. 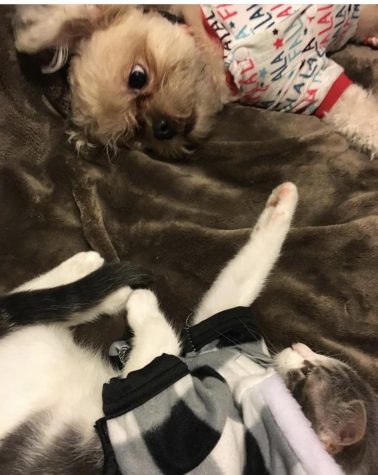