How can a city that has already lost so much bare to lose anymore. 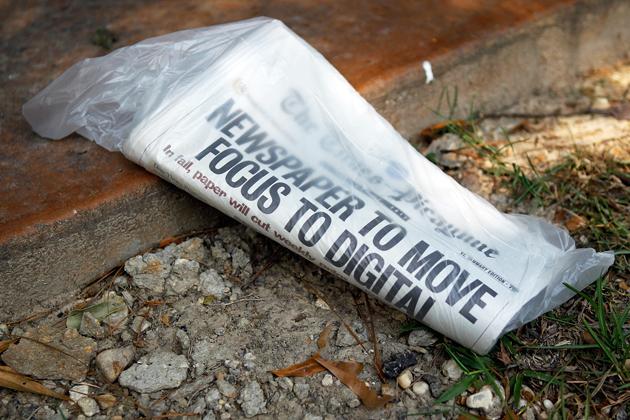 It is hardly news that the newspaper business is on the ropes, Morley Safer reports on a recent episode of 60 minutes. He says that some papers have folded completely and others have reduced the number of their pages. More newspapers, along with magazine companies, are having to cut back. Online publications are becoming popular with websites that allow readers to get the full copy of the newspaper online but not directly in their hands. Some companies though do not put their entire publications online and as a result readers are missing out on a lot of the news and information that they were used to getting. This is extremely upsetting for the magazine and newspaper industries but this has become a reality for many publications.

Printing an everyday publication or even a weekly or monthly publication has become too costly in many cases. For example the famous magazine “Newsweek” has stopped printing their magazine entirely and has gone digital where you can only get their information from their online format.

Another big publication that had to scale down is “The Time-Picayune.” That newspaper having to scale back was an outrage for the people of New Orleans, Louisiana since “The Time-Picayune” is a very famous and well-known newspaper and the main newspaper that the people of New Orleans get their news from. People trusted “The Times-Picayune” and especially when hurricane Katrina hit “The Times-Picayune” was still in business reporting day by day of the tragedy. Getting information online has become the way more then half the world gets their information but what about the millions of senior citizens who do not know how to use a computer and do not care to learn at their age. Putting newspapers online puts senior citizens at a big disadvantage and what about poor people who cannot afford computer one citizen of New Orleans stated when was spoken to by Morley Safer on 60 minutes.

“The Times-Picayune” was established in 1837 and got their name because when “The Picayune” first started the newspaper only cost one “Picayune” and a picayune was the name of the old Spanish “small denomination” coin that the state of Louisiana used. Apart from the coin, the word has an adjective meaning of petty or having little value. The newspaper came out daily until the recent announced that it would only be printed three days a week. This was not the type of news the people of New Orleans wanted to hear especially after all the horrible tragedy they recently have gone through. People felt that they could always count on “The Times-Picayune” and hundreds of people were setting up marches to try and save their newspaper but “The Times-Picayune” knew they could not stay in business running their paper everyday and so they compromised on printing it three days a week and adding an online addition that would come out every day. Most people of New Orleans do not want to get their news online. They liked the way things were where they could sit down every morning with their cup of coffee and open up the pages of “The Time Picayune.” The people probably would not mind so much if the online edition were being published if they could also count on being able to pick up a hard copy every day. Knowing that “The Picayune” was always there, reporting what the people of New Orleans wanted to know, made people feel safe in a city that has gone through so much destruction.

This news broke out last October 2012 making New Orleans the largest American city without a daily newspaper. “The Times-Picayune,” with a circulation of about 155,000 on Sundays and 134,000 weekdays, has seen New Orleans through the best of times, and the worst of times as well, and nobody wanted to see their beloved paper go under because this paper was part of the fabric that held together this unique American city Morley Safer of “60 Minutes” stated. New Orleans is a city like no other that dances to the beat of their own drum and the tradition of opening up “The Times-Picayune” everyday is something the people of that city will miss greatly. People were afraid that the legendary newspaper that was published daily for 175 years would now, not being published everyday, make for another terrible blow for a city that has already been through so much. Morley Safer adds in his “60 Minutes” report that the fact of life is that newspapers are folding all over the country and it has become a dying business. Even though that is true for the newspaper industry this does not mean that people are going to have to like what is happening. People want their news and New Orleans is a city big on their traditions. Their newspaper was the one thing left that they felt they could count on until now.

Classic American writers such as O’Leary and William Faulkner wrote for the paper and it has won several Pulitzer Prizes for its outstanding reporting and journalism over its hundred years. “The Times-Picayune” had “much success in a city that generally does not work well, with schools that are not great, public housing that does not go very well and with problems from their police. With all of that they still always had a really good newspaper, reports David Carr who reports about media for “The New York Times.” Morley Safer asks David Carr that if the paper works then why is it going under? David Carr answers that delivering a newspaper is a really hard business and an expensive business as well. “The Times-Picayune” said that it only really works being printed three days a week because if it operated more days it would have losses.

Technology and the bad economy are significantly impacting the world and the world has to adapt to the changes. Having an online publication can save a company from going out of business altogether and reduce their spending to only a fraction of the cost. An online edition is not the same as holding the paper in your hands but it will have to do because companies are trying to save money wherever possible. Up until now “The Times-Picayune” was still making a profit but the trend lines for all newspaper under the company entitled “Newhouse” could not survive including “The Times-Picayune” because as David Carr reports they were down 8% – 10% every year. As a result, Steve Newhouse who is the chairman of the company’s digital side took over a restructuring to build a great website that would in some way almost take over the print edition. However, to the people of New Orleans an online publications was definitely not the same and they felt that they would be losing a lot and not gaining much with the hard copy only being printed on Wednesday, Friday and Sunday. “The Time Picayune” did not anticipate how frantic and outraged the people of the city were going to be.

The people of New Orleans are going to have to get used to getting their news only three days a week and going on line to read their news the other days. But people all over are seeing many of their favorite publications cutting back and this is the sad but true reality of the media industry. Just like many bookstores are closing and people are using tablets to read books instead, many newspaper and magazine companies are looking into alternative ways to get the news out to their readers in a more cost effective way. If you can deliver the same information through digital form then why not and save loads of money then without having to pay for printers, paper suppliers, people to generate the machines, truckers who ship the papers and warehouse workers.

The final result may not be as good as literally turning a page in your hands but you are still getting the same information and gaining the same knowledge reporters have stated. People who preferred newspapers often say that it is a better reading experience seeing wide pages with many articles and images next to each other then narrow pages online. Also some people find a printed copy more convenient because it is portable and having the printed copy is a reminder to go back and finish reading it. Online news is more an “out of sight out of mind” concept.

“The Times-Picayune” is under the company of Nola and so the newspaper’s website can be viewed at www.nola.com and the website is updated everyday. Another, not as popular, newspaper in New Orleans is called “The New Orleans Levee” and it is also moving its focus to digital and will only be publishing a hard copy three days a week as well since it is also under the Nola Company. The website www.nolevee.com is where you can read “The New Orleans Levee” newspaper.  So in some way the newspapers under Nola will still be sticking around. But there is nothing like keeping an old tradition of reading the morning paper everyday alive and the people of New Orleans are learning to adjust just like they have adjusted to everything else they have been through. 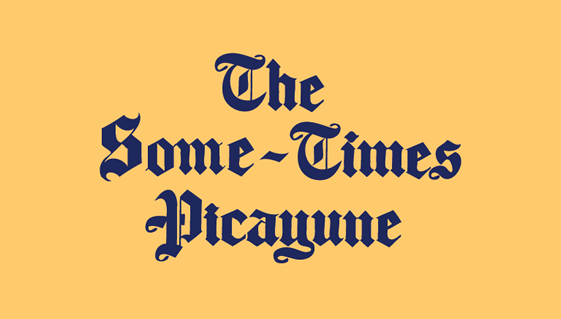 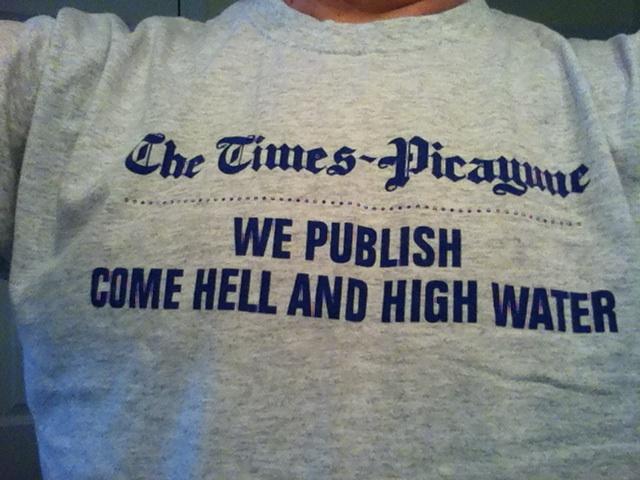 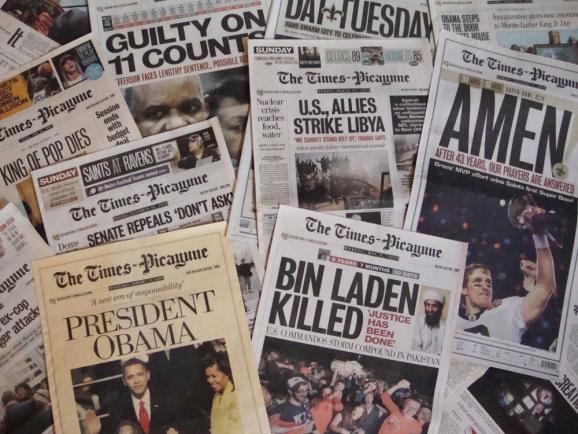 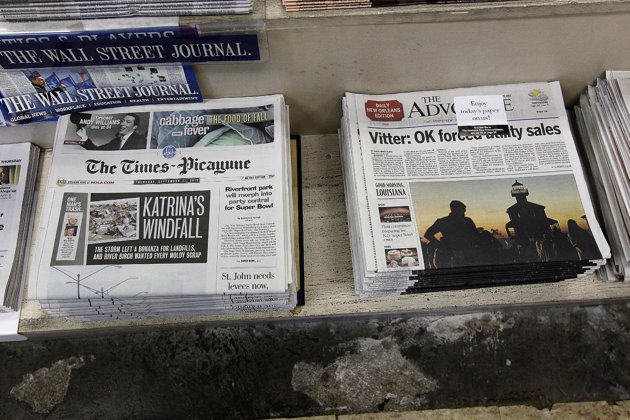 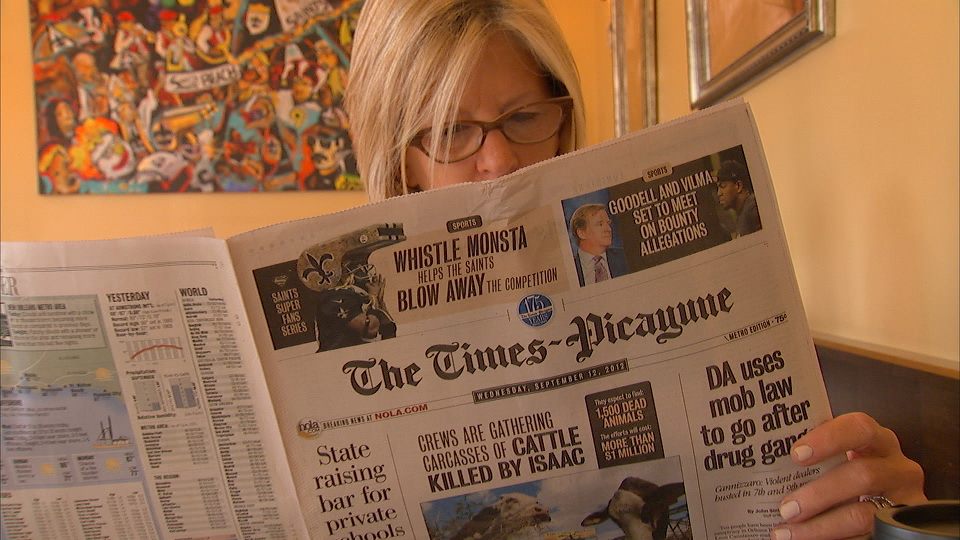 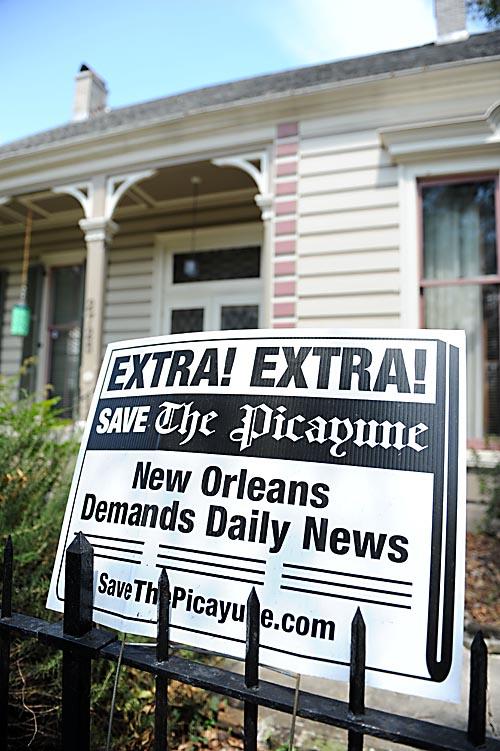 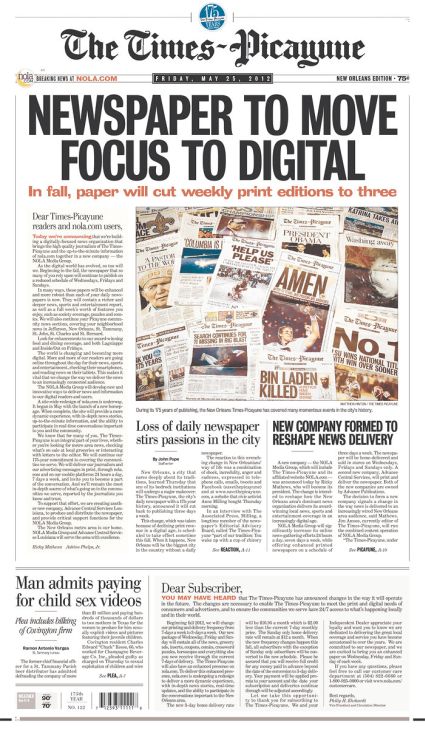 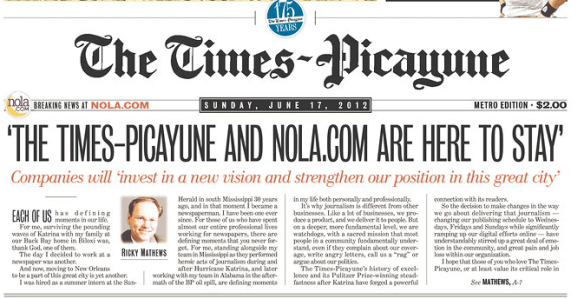 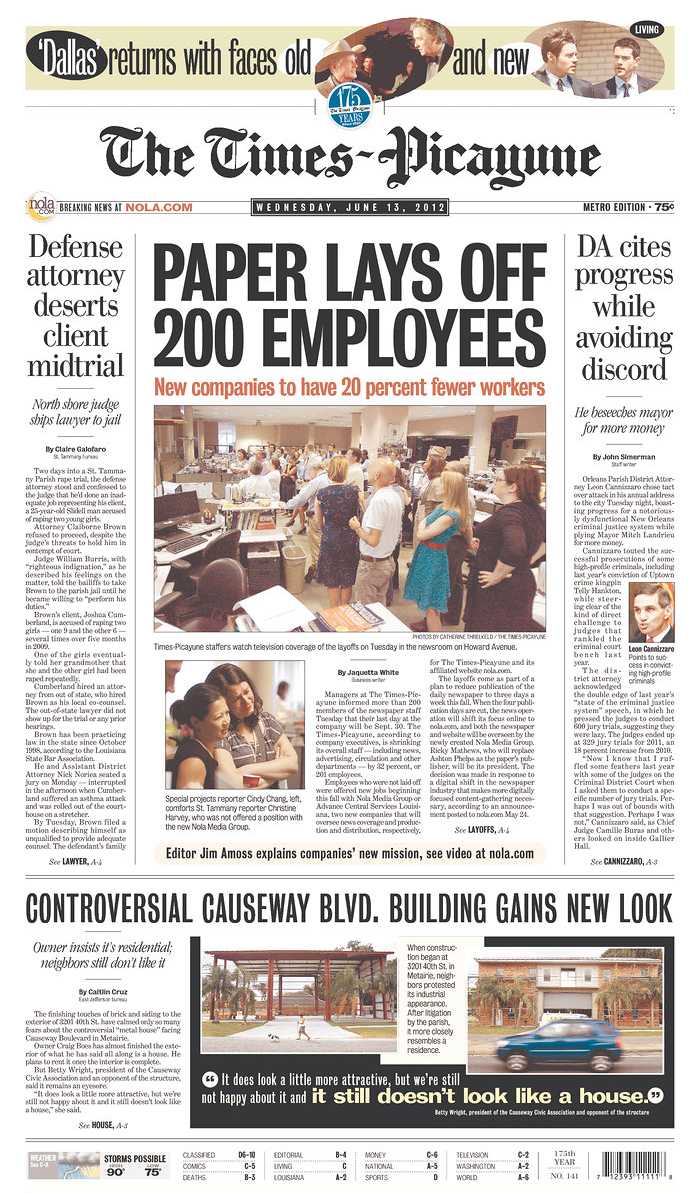 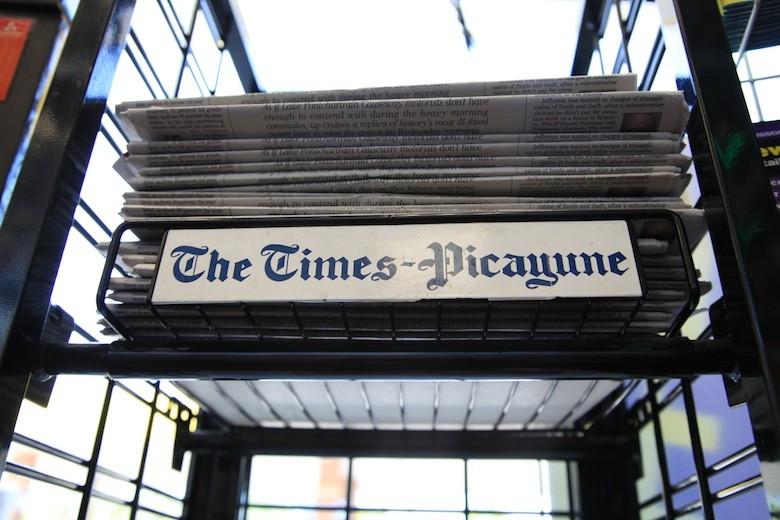 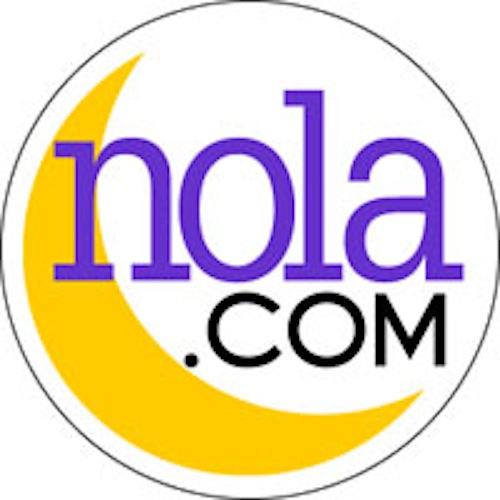 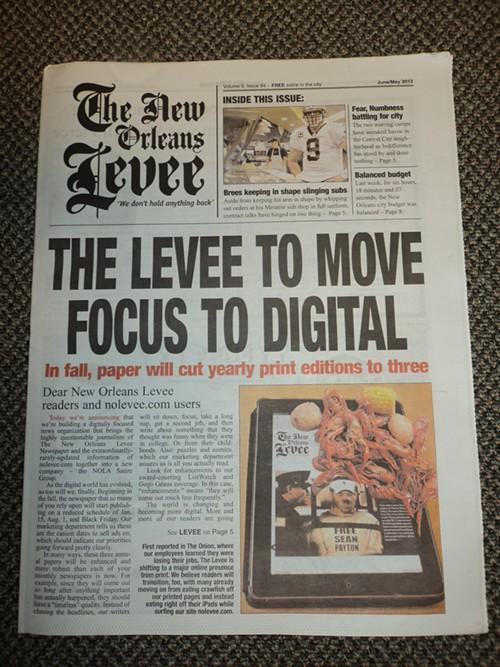