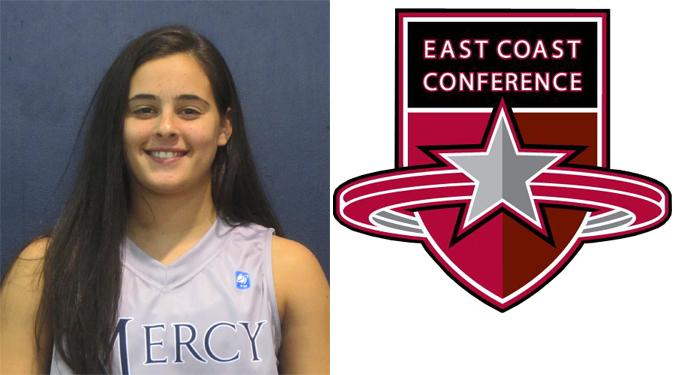 It is finally that time of the year. It is basketball season, and for the Mercy Mavericks Women’s basketball team, the season has gotten off to  a fairly strong and promising start. The team has played three games up to this point. They started off the season on Saturday the 16th against Georgian Court, then the 19th against Keystone, and their third game was their home opener against Yeshiva.

In the opening game of the season, the Mavericks put up a fight all the way until the end. After trailing by just two points at halftime with a score of 37-35, the Mavericks once again kept it competitive in the second half, but just could not come out with a victory. The team fell by a score of 74-69, but their were many positives in this game. Freshman guard Maggie Salomane was the leading scorer for the Mavericks, scoring a game high 23 points. Salomane also totaled five rebounds, four assists, and three steals. The young guard sowed that she is certainly capable of putting up big numbers, and it is a positive sign for the Mavericks for the remainder of the season.  Mavericks Tanayzha Austine also registered a double-double, scoring twelve points, and grabbing 10 rebounds.

In the second game of the year against Keystone, once again Mercy was in it up until the final buzzer. Salomane and Pam Sosa led the Mavericks in scoring registering twenty points, and twenty two points respectively. Once again Austine was able to register a double-double scoring 16 points, and grabbing ten rebounds in the affair. Mercy held a seven point lead going into the half, but Keystone would outscore the Mavericks 41-33 in the second half in rout to a thrilling 71-70  the victory taking place on their home court.  From just the first two games, Mercy lost both games by just a combined total of six points.

In their first home game of the year, everything was working well for the Mavericks. The Mavericks beat Yeshiva college by a score of 95-67. It was the first game victory of the year for the  Mavericks, and started off very strong at home in front of their own fans. Pam Sosa led the way with a game high  twenty six points. Sosa also grabbed eleven rebounds, which was her first double-double of the young season. All five starts for the Mavericks had at least nine points in the game, and Augustine was just one point away from starting off the season with three consecutive double-double. Mercy was in full control of this game from the start, going into halftime winning by a score of 58-33. A stat that stands out is the number of steals the Mavericks had. The team was able to register eighteen steals in the game, which shows the strong defense that they were able to play all game long. They also outrebounded Yeshiva by seventeen.

While the Mavericks record is 1-2, they very easily could have been sitting at 3-0. Although they lost some close ones, the team has shown they can stay in games till the final buzzer. The Mavericks will look to build off their first win in their next game against St. Thomas Aquinas on the 30th.