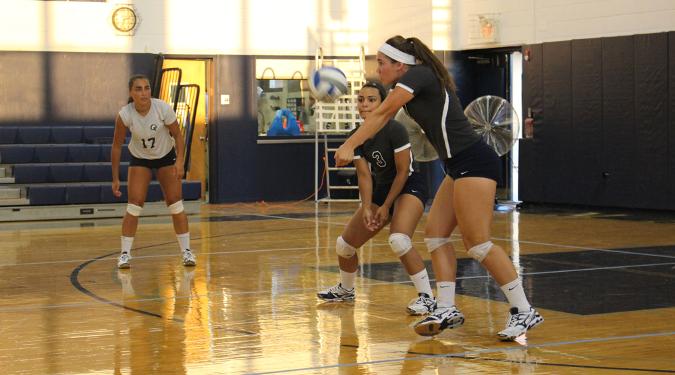 The Warriors hung close early in the first set but the Mavericks limited their attacking errors to win, 25-22, and take the 1-0 lead.  Mercy rode the momentum to a dominant 25-14 victory in the second set to come within one of clinching the match, and despite a late push from Nyack, held on for the 25-23 victory to sweep the match.

White tied her season high of 21 kills for a three-set match and posted her second-highest hitting percentage of the season with a .333 clip.  Senior McKenna Ronan  made 29 assists while sophomore Floriana Rraci recorded 14 digs.

Head Coach Kelly Wengerter and the Mavericks will head upstate for a pair of East Coast Conference matchups at Roberts Wesleyan College (5-5 overall, 1-2 ECC) and Daemen College (0-12, 0-3) on Saturday, Sept. 27 and Sunday, Sept. 28.