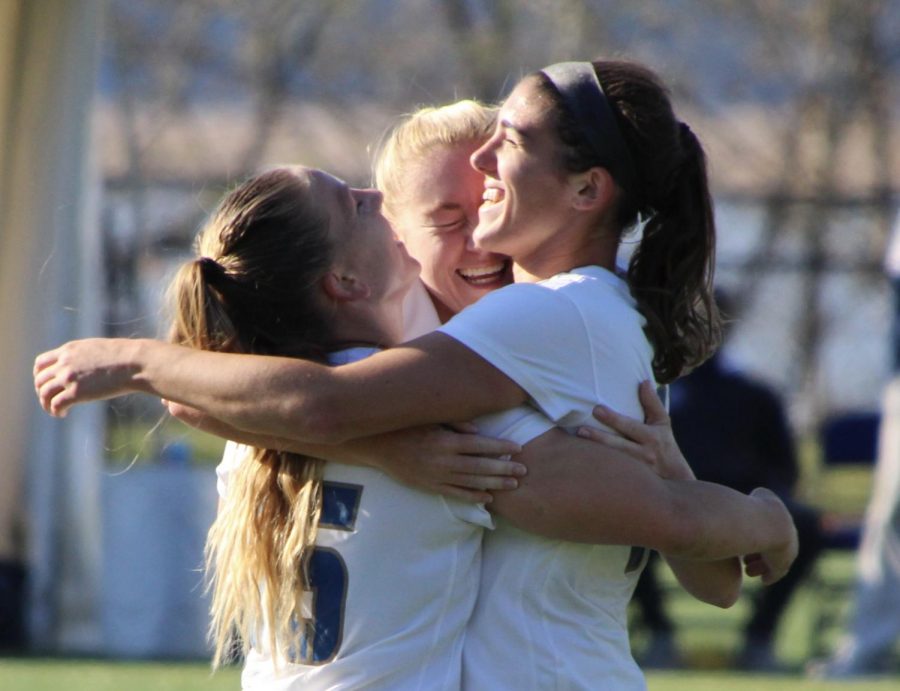 And then there were four.

The women’s Mercy Soccer program hasn’t lost in a month, winning the ECC tournament without giving up a goal and then rattling off three wins in the NCCA tournament to find it sitting in the Final Four and heading to Kansas City to compete for a championship.

The Mavericks (18-3) are the second in the tournament and now face the University of Central Missouri on Nov. 30. Central Missouri (24-0) hasn’t lost a game all season and will also be making its first Final Four appearance. The advancing team will face the winner of the other bracket, No. 2 UC-Colorado Springs (17-4-1) and No. 1 Carson-Newman (20-0-1) of Tennessee. The championship will be played on Dec. 2. 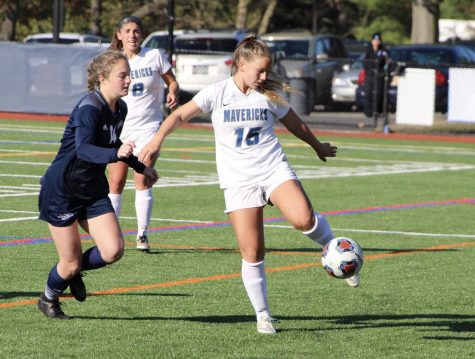 The Mavericks’ postseason quest began on Nov. 3 in the semifinals of the NCAA tournament. The Mavericks were the second seed and had a first round bye. The Mavs defeated Southern New Hampshire (15-3-5) by a score of 3-1 at Mercy Field. Mercy led in shots on goal (13-9) and corner kicks (5-1) took the lead 39 minutes in when Corinna Ferrante was assisted by Kendall Wright and chipped a shot over the goalkeeper’s head. Trisha Luis tied the game at the 58th minute after a penalty kick. Heidi Serna took a pass from Haley Noble to take the lead at the 84th minute, and then Serna helped set up Natalia Elizarraras two minutes later for the final goal. 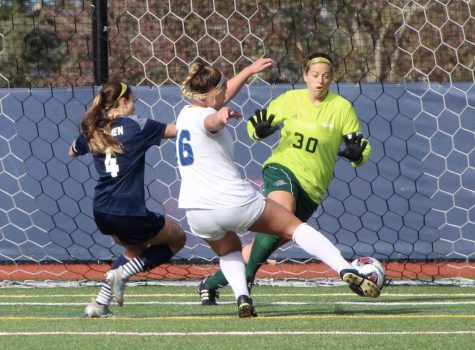 Led by a hat trick from senior Heidi Serna, the Mercy College Women’s Soccer Team took home their second East Coast Conference championship with a 3-0 win over LIU Post one day later. This is the first time Mercy has beaten LIU Post in program history.

Serna was assisted by Noble, Jess Brandt and Trista Seara.

By winning their second ECC Championship, the Mavericks had secured a spot in the NCAA Tournament. This is their third NCAA appearance in the past five years.

Excited for the tournament was senior midfielder, Heidi Serna. After scoring a hat trick in the ECC finals, Serna felt that her team was ready for the upcoming tournament.

“Coming off the game with a hat trick was a great feeling. I feel like it boosted our team’s confidence up a lot and going into the tournament with the win was just what we needed. The game was a great test for us, and we were able to see the level of competition we will be facing in the NCAA.”

That confidence paid off as the second seeded Mavericks moved to 17-3 on the year with a 3-1 win over No. 3 Southern New Hampshire University in the NCAA round of 32 after a first round bye. The prior matchup between the two teams resulted in a 2-1 win for SNHU. This game, the Mavericks came out on top, with Serna leading the team again with a goal and an assist. Also adding a goal for the Mavericks is junior Corinna Ferrante, and sophomore Natalia Elizarraras.

And then came the rematch against LIU. The Mavericks and Pioneers met twice this year in previous games. The first matchup between the two resulted in a Pioneer win. The latest matchup however resulted in a smashing 3-0 Mavericks win to take home the ECC Championship.

Mercy shut out LIU, 2-0, on Nov. 17 despite being outshot 15-7.  Noble scored 11 minutes into the game after finding the ball all alone by the left post. Noble later assisted Serna at the 80th minute when she scored off a header. Melissa Torres recorded seven saves in the net.

This victory set a new school record for wins for the women’s soccer team, and advanced farther than any team in program history in the NCAAs.

Next up was the Atlantic Region Champion West Chester University of Pennsylvania, and this game came down to the wire. Elizarraras scored a goal five minutes in after being assited by Noble. The Mavs held the lead for nearly 75 minutes until Kaitlyn McNamara scored on a penalty kick at the 82nd minute for WC (17-3-3). Noble hit the cross bar with two minutes left in the game and the team were forced into overtime.

The first two periods of overtime saw wild near goals, as WC hit the crossbar on a shot, which was later followed by a cross bar miss by junior Ileen Mejia.

Torres made four saves during the game. Both teams swapped goal keepers during the penalty kick portion as Ashley Price replaced Torres for Mercy.

The first six kicks by the teams were all success at the score stood at 3-3 after goals by Ally Boots, Brandt and Elizarraras.

Price would stop goal kicks by Mandy McCarthy and Shannon Cooley as Serna notched the go ahead score to give Mercy the 4-3 victory.

Next up for the Mavericks will take on Central Missouri in the national Semifinal on Nov. 30 at 3 p.m. in Kansas City, Missouri.