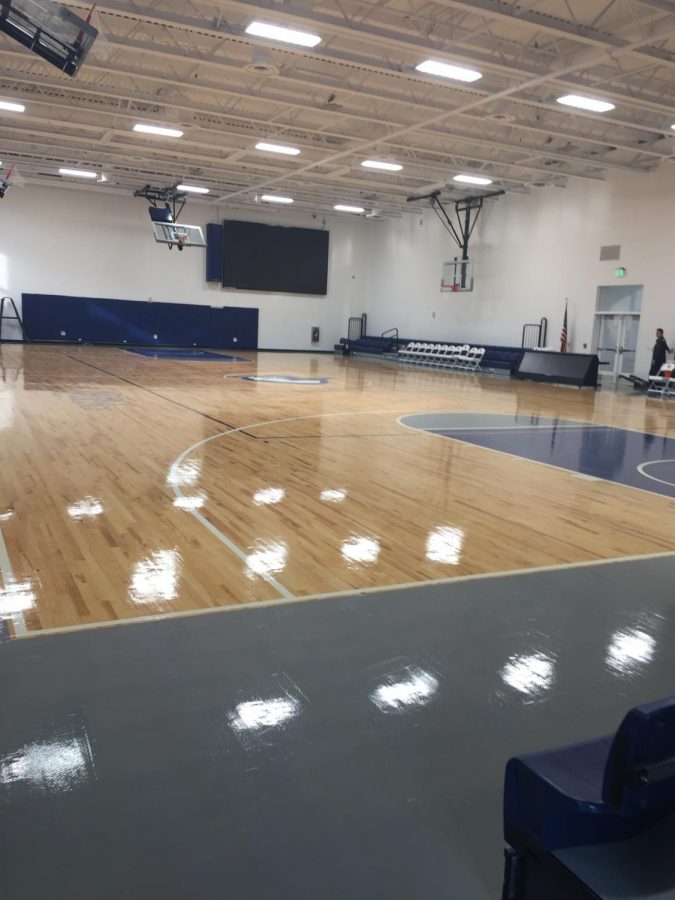 After renovations to the Mercy College Gym in Victory Hall for two years, it is finally set open up in October. It’s something that most of the athletes and students have been waiting a long time for.

The new gym was set to be completed by August of 2018, but after a slight delay, the first week of October is now the new date.

The new gym in Victory Hall on the Mercy College’s Dobbs Ferry Campus will provide a first-class facility for the athletes that will be up to date with NCAA regulations. It will also be a much better playing environment for athletes as well as well as the fans.

While the gym was closed because of the renovations, many of the sports teams that would normally use the gym for their games and practices were displaced to other locations across the Westchester County and Bronx area. The men’s and women’s basketball teams have been playing their home games at Westchester Community College while the volleyball team has had their games at various locations.

Kyle Goodhart, Sports Information Director, believes that all of the athletes handled it well having to consistently travel to other facilities for games and practices.

“Everyone has been very professional about the situation and they all handled it as best as they could.”

The Mercy Mavericks volleyball team was the first to set foot in the new gym as they played their first game at home on Friday, Sept. 21 in an unofficial opening where they defeated Queens College, three sets to zero.

Some of the upgrades include a new basketball court, new locker rooms for both the Mercy Mavericks and the visitors and a new video board which is set to be installed just before the official opening of the new gym. Just outside the new gym will also include the new offices for the athletic department as well as a new training room for the athletes.

It has been a long time since the Maverick fans have been able to see the teams play in their home gym. This is something that the fans are definitely looking forward to.

Kyle believes that the new gym will increase the level of fan support to what was already a string supporting fanbase.

“We’ve always done pretty well with attendance for the basketball and volleyball games. I think that the new gym will help bring even more fans to come support the teams.”

The seating that the newly renovated gym has will allow for an increase in the amount of people that can attend the games to nearly double what the old gym was able to hold.

While the gym was being renovated, the only courts that students had to use where the outdoor courts in the parking lot. This meant that during rainy days or cold weather, their would be nowhere for people to play basketball on campus during those times.

Nick Khandalavala, a Mercy College junior who remembers spending time in the old gym, thinks that the school was in need of a new gym.

“The new gym at Mercy looks magnificent. It’s much cleaner and is more modern than the previous gym.”

As well as being the new home for the sports teams, the gym will also be used for special events that are taking place on campus.

Although the new facility is nearly complete, contributions such as donations are still being accepted to the school which could lead to various parts of the gym being named after donors including bricks, the scoreboard, student section, and more.