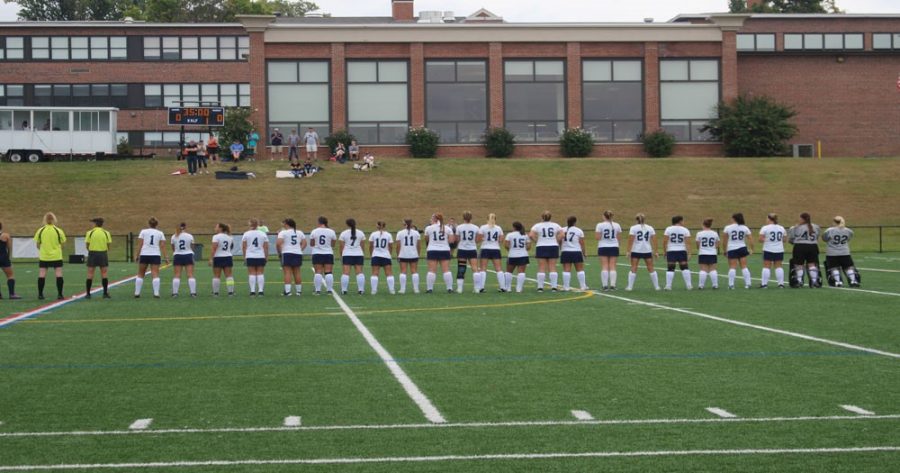 The Mercy College women’s field hockey team just got the biggest win of the season after snapping a five-game losing streak after winning an overtime thriller against St. Thomas Aquinas college on Oct. 10.

Senior Alicia Williams made the goal in over time for the Mavericks giving them the much-needed victory.

Cheradyn Petit had nine saves on the day which propelled the Mavericks to this victory as well. Williams goal put her at four for the season, which leads the team on the year.

Mercy got off to the start they needed because of an early goal from Sabrina Anderson. The Mavericks were up one until after twenty-six minutes of action it became 1-1. The Spartans then took the lead going up 2-1 shortly after a goal from Lotte Strijbos.

Angela Robbins answered for the Mavericks tying the game at 2-2.

This game was going to go right down to the wire but the Mavericks were ready for the challenge. Williams struck again scoring the game winning goal in overtime.

On Sept. 15, the Mavericks also had a huge win against American International College. The Mavericks won by a score of 2-1 at their home field. Senior Kayly Bryan hit the goal off an assists from Angela Robbins.

During the 43rd minute of action the Yellow Jackets took on early lead after applying pressure on the Mavericks in a highly contested game.

Mercy did not waste much time and responded quickly tying the game 1-1 when Robbins capitalized on a turnover turning it into points.

Mercy gained momentum off that goal and Robbins got into the action again and fed Bryan who shot a bullet in the lower right corner of the cage giving the team a 2-1 victory. Shots were even at 14 a piece. The Mavericks will look to continue to duplicate their energy and win more games going forward.

Mercy began it’s season facing the eighth ranked Kutztown University and lost 3-0. It then dropped a 2-1 overtime loss against St. Thomas Aquinas. It faced another ranked opponent next, this time Pace University, which was ranked eighth. Othe losses were to Adelphi, 3-0, Bellarmime, 1-0, and No. 9 ranked Lindenwood, 3-1. Before the St. Thomas Aquinas victory, the team dropped games to Molloy, 2-0, and New Haven, 3-2.