Men’s Soccer on a roll; Jumps to 17 in Ranking 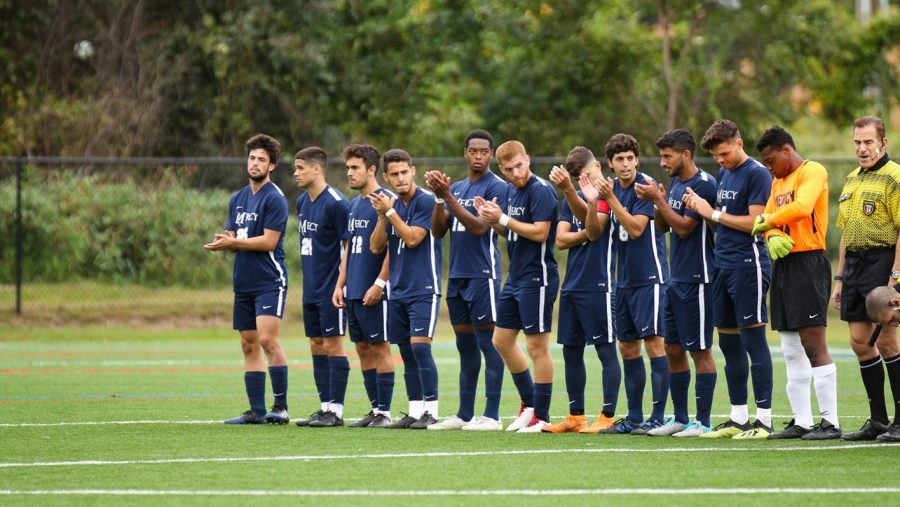 After the Mercy Mavericks Men’s soccer team defeated Molly College 4-1, they are now off to their best start since 1989 through the first nine games of the season. The team has a record of 7-1-1 with a big game against LIU Post coming up this Saturday. With the win against Molloy the Mavericks are also now 4-1 in the ECC.

In the win the team got scoring contributions from four different players including Manuel Achondo, Diego Arosemena, Kevin Rodriguez, and Maximiliano Rebolledo-Camus.

The Mavs trailed 1-0 early in the game but responded with a goal of their own shortly their after to even up the score. Once they were able to grab a 2-1 lead in the second half they never looked back and would two more goals on their way to a win.

The team is now on a three game winning streak and after a postponement against Holy Family University. The team will look to continue its hot streak when first place LIU Post comes into town.

This will be a critical game for the Mavs as the two teams are both 4-1 in ECC play and have similar records overall. In the overall standings Post is in first place with a record of 8-3 and the Mavs are right behind them. It will be important for the Mavs to get out to a lead against Post as they have not recorded a loss when doing so this season.

With the teams success this season, it has helped them move up eight spots in the United Soccer Coaches Poll. The team jumped from the twenty-fifth spot up to the seventeenth spot. This comes after their two most recent victories against Molloy and Daemen.

As the season moves on the team will look to continue to move up in the rankings and stay hot in time for postseason play.