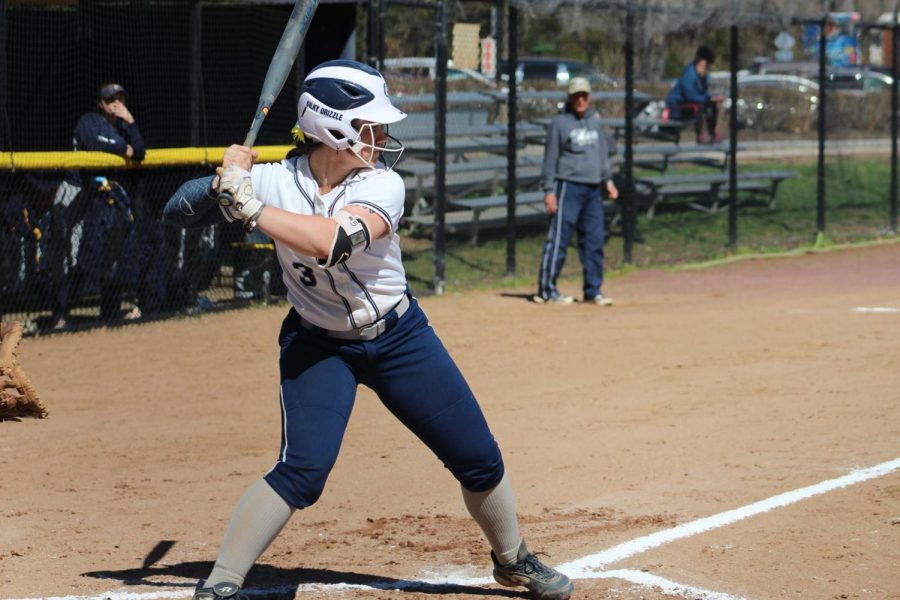 The Mavericks softball team earned a victory in game one of a double header against Pace University thanks to a walk-off home run by freshman first baseman and catcher Jordan DiGiacinto to give them their eighteenth win of the season.

With the score tied at six going into the bottom of the seventh inning, DiGiacinto came to the plate to lead off the inning, and with one swing gave the Mavericks a 7-6 victory.

The home run by DiGiacinto was her second homer of the game and capped off a 2-for-3 day with three RBIs, two home runs and three runs scored.

The Mavericks opened up the scoring with two runs in the bottom of the first to take an early 2-0 lead. After scoring runs in the second and third inning as well as a pair of runs fourth, the Mavericks went into the fifth leading 6-2.

Pace responded by scoring a pair of runs in the top half of the fifth and sixth inning which evened up the game at six.

After freshman Sabrina Gonzalez pitched a scoreless top of the seventh, the stage was set for DiGiacinto to notch her second home run of the game leading to a dramatic 7-6 win.

After dropping the second game of the double-header by score of 6-3, the Mavericks are now 18-16 on the season.

The Mavericks also saw senior outfielder Mikayla Newham and sophomore first and second baseman Hannah Mueller each record their 100th career hits in the past week.