Isnardi and Corace lead Mavericks to Dominant win over Bridgeport 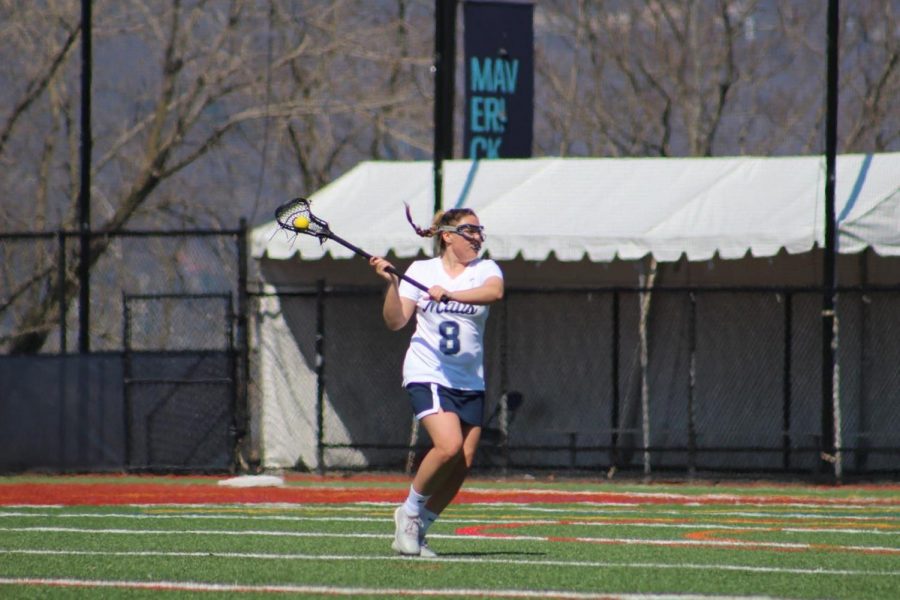 The Mavericks were powered by senior midfielder Hunter Isnardi, Sophomore midfielder Briana Corace as well as junior attacker Katherine Sanchez who combined to score 13 of the Mavericks nineteen goals to lead to a dominant 19-5 win over Bridgeport. Both Isnardi and Corace also tallied a game-high five points in the win.

The Mavericks are currently on a three game winning streak and have an overall record of 11-4.

After another two goals from Sanchez and one from the Corace the Mavericks extended their lead to 6-0. Isnardi  tallied her second and third goals of the half to help put the Mavs up 8-0 and they went into the half leading 9-2.

Mercy didn’t take their foot off the gas and continued pile on with a dominant second half outscoring Bridgeport 10-3. Less than three minutes into the second half Corace and Isnardi each scored to extend the lead to 11-2.

Two goals from Bridgeport made it an 11-4 game but the Mavericks once again scored eight straight goals started by Isnardi to put the game away.

In total the Mavericks had seven different players score in the victory with Isnardi leading the team with a game-high five goals followed by Corace and Sanchez each scoring four goals.