Baseball wins series Against St. Thomas Aquinas for the first time since 2010 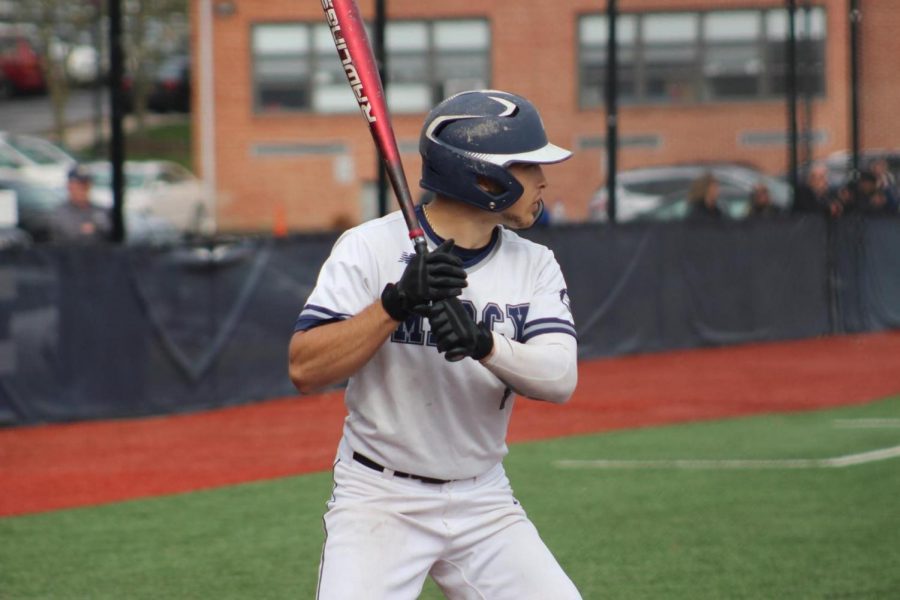 Mercy earned a 7-6 victory over their ECC rival St. Thomas Aquinas for the first time in nearly a decade.

Junior John Mooradian had a huge game earning 4 RBIs for the Mavericks. He was also a perfect 4-for-4 on the day. This win secured their first season series win over St. Thomas Aquinas since 2010.

Andrew Jemison went 2-for-4 for St. Thomas Aquinas and batted in three RBIs. The Spartans started off the scoring affair in the top of the first and led the Mavericks, 1-1. This score remained until the bottom of the fifth inning. The Mavericks then took a 2-1 lead to be in control of the game. Outfielder Adonis Garcia hit a single to start off the hitting with a single. Later Luis Grullart got hit by a pitch which advanced Garcia to second. A groundout then advanced runners, and later senior Nicolas Hagerty brought Garcia home due to a sacrifice fly ball. Grullart came in on a wild ball and the Mavericks got the lead.

In the sixth inning, the Mavericks advanced their lead to 3-1. The seventh inning was big for the Spartans as they scored five runs and took a 6-3 lead in the ball game. The Mavs fired back by scoring three runs to even up the ball game.

Mercy was able to take a 7-6 lead in the eighth inning due to a wild pitch which brought outfielder Anthony Murphy in to score. Pitcher Andrew Hernandez then allowed no runs in the ninth which helped the Mavericks secure a victory.

The Mavericks and Head Coach Chris Schoen will look the build on this victory as they they host Lincoln at 3 p.m. on Friday, April 26th.