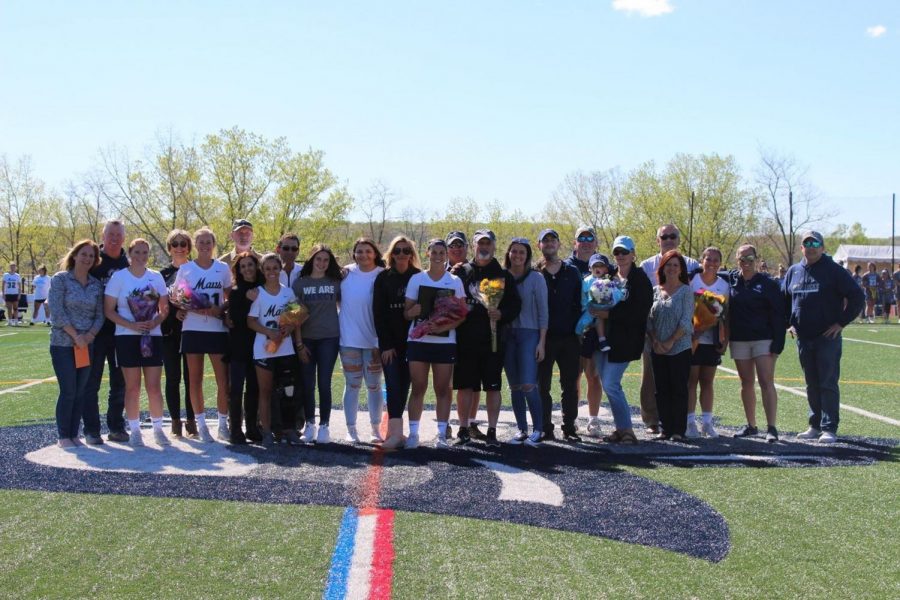 The Mercy Mavericks women’s lacrosse team ended the regular season on high note by closing out the season on a five game winning streak going into post season play. The Mavs defeated NYIT on April 24 by a score of 14-9 to finish with an overall record of 13-4 and a 7-1 record in the ECC. The victory secured Mercy a first-round bye in next weeks ECC Tournament while handing NYIT its first ECC loss of the season.

Mercy got off to a hot start by scoring five goals in the first seven minutes of the game to jump out to an early  5-0 lead. Junior attacker Katherine Sanchez and Isnardi were the first two to put the Mavs on the board. This was followed by another goal from his Isnardi which was her second on the day, and also one goal each from senior defender Erin Dingman and sophomore midfielder Briana Corace.

NYIT cut into their deficit with a couple goals to make it a 5-2 game, but the Mavericks reeled off eight straight goals extend to a 13-2 lead going into halftime. Overall the Mavericks had seven different players score goals in the first half with Sanchez and Corace leading the team in first half scoring each with three goals.

The second half however was not as kind to the Mavericks offensively as they only scored one goal. The Bears started the second half scoring five straight goals to make it a 13-7 with just over four minutes remaining in the game. The Mavs lone goal in the half came from sophomore attacker Casey Shimborske to give her three goals on the day to make it a 14-7 game.

After two more goals from NYIT to make it a five score game, the defense of the Mavs held up to help secure the victory on Senior Day.

The Mavericks await their opponent in the ECC Semifinal matchup which will be May 2 at 4 p.m. at Mercy field.