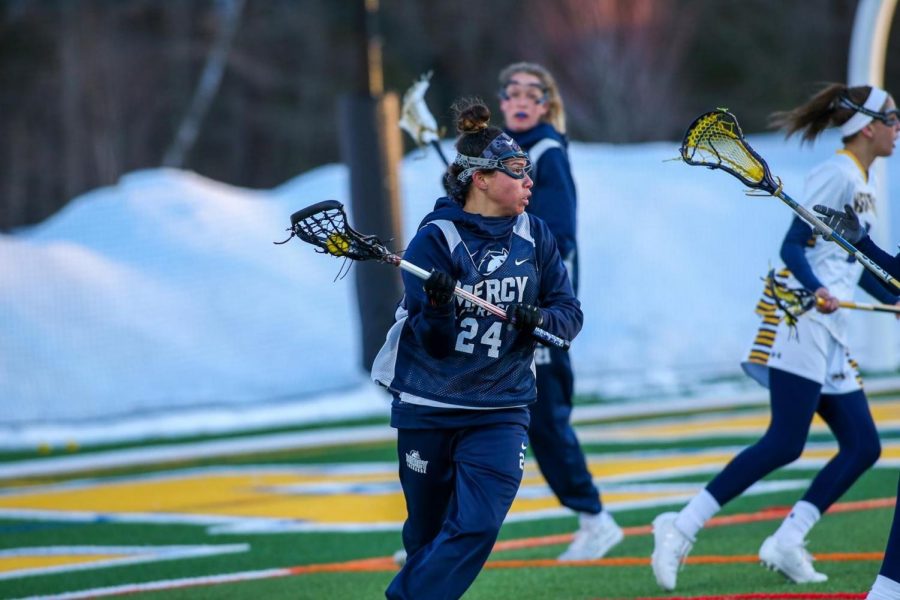 In the Mavericks only regular season meeting against Molloy back on March 29 in Dobbs Ferry, Mercy earned a 21-13 victory led by junior attacker Katherine Sanchez scoring a career-high eight goals. Of her eight goals, five of them were scored in the second half to help the Mavs pull away and secure the victory. The Mavs also got six goals from senior midfielder Hunter Isnardi to give the duo fourteen of the teams 21 goals. In that game, the Mavericks outshot the Lions 40-31 and had a 21-13 edge in ground balls. Mercy also held a 21-13 edge in draw controls and went 5-for-8 on free-position shots.

This time the Mavericks will be playing on their home turf where they were 5-3 during the regular season looking to punch their way to the ECC Championship game. Overall, the Mavericks have a four game winning streak against Molloy dating back to 2016.

With a victory against Molloy Mercy will clinch a spot in the ECC Championship game for the second consecutive season.