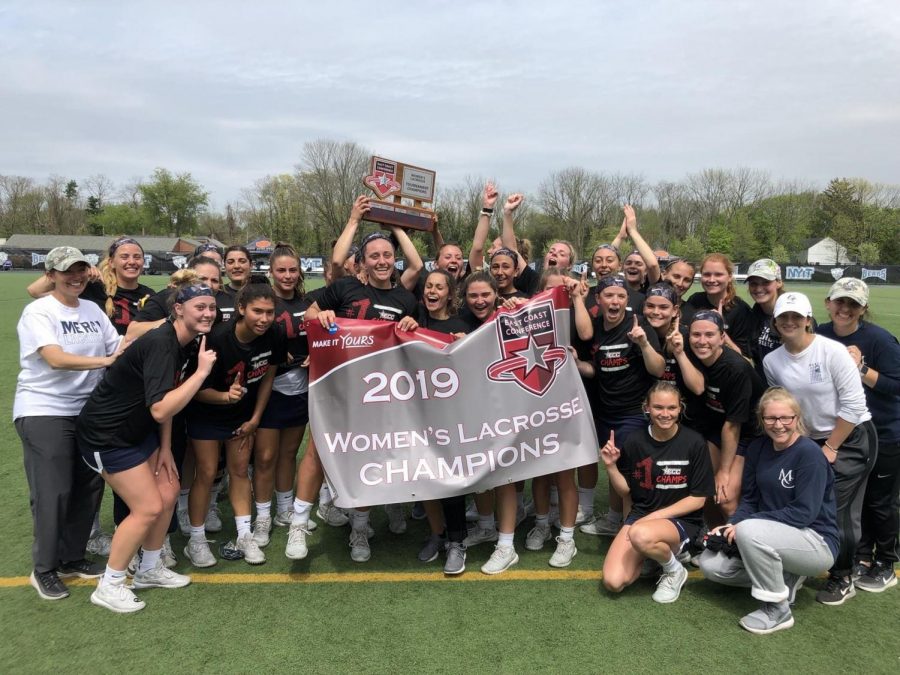 The Mavericks, who were the No. 1 seed, defeated LIU Post, who was the No. 3 seed, for the first time in program history.

Along with Isnardi’s six goals, she also recorded an assist and three ground-balls and was named the tournament’s Most Outstanding Player.

The game started with the Mavericks trailing 1-0 following a goal by LIU just over one minute into the game. Isnardi answered by scoring a free-position goal for her first of the day to even up score at 1-1 with just under three minutes gone by in the half.

Post answered with a goal of their own to retake the lead, but the Mavericks went on another one of their signature runs by scoring four straight goals to take a 5-2 lead.

Sophomore midfielder Briana Corace and freshman defender Juliana Keenan each scored goals off assists from sophomore attacker Casey Shimborske. Isnardi followed that up by scoring two straight goals to give her her second and third goals on the day.

After Post ended the 4-0 scoring run by the Mavericks, Shimborske scored her first goal of the day and put the Mavericks up 6-3 with 10:33 left in the half. Post scored three straight goals to end the first half to even the score at 6-6 going to the break to take the momentum away from the Mavs.

The second half went back and fourth between the two teams with neither side being able to pull away from the other. Isnardi gave the Mavericks an 8-6 lead by scoring two straight goals to open the second half, but Post answered with two goals of their own to tie the game once again.

After Post managed to tie the game, Isnardi scored her sixth goal of the day just a minute later to put the Mavs back on top. Mercy added to their lead by scoring two more goals from Shimborske and Corcae to make it 11-8 and although Post scored another goal, time would run out and the Mavericks held on to secure the ECC Championship title.

The Mavericks victory over LIU Post comes just one year after losing to Post in the ECC Championship game.

With the victory, the Mavericks have also clinched a berth in the NCAA Tournament for only the second time in the program’s history. The Mavericks earned a No. 4 seed by virtue of going 15-4 and winning both the ECC Regular Season and Tournament Championships.

The Mavericks are set to play a first-round matchup against No. 1 seed Le Moyne College in Syracuse on Friday, May 10 at 11 a.m. The winner of Friday’s game will face the winner of  No. 2 seed LIU Post/No. 3 seed Adelphi on Sunday May 12 at Le Moyne.