The Woman's Mavericks soccer team have started the season firing on all cylinders, winning four of their first five (4-1) 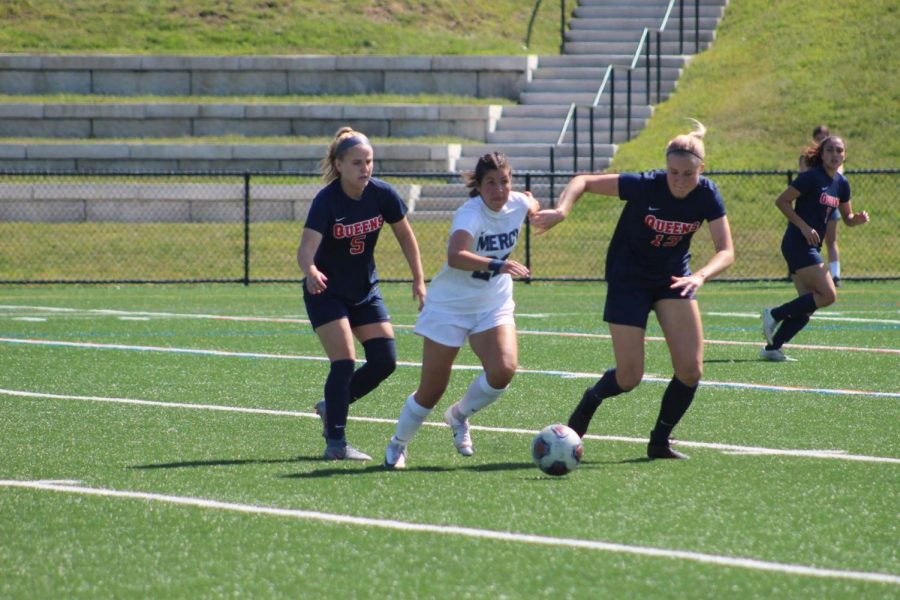 The Mavericks lost their first game of the season 4-2 on the road to Southern New Hampshire University. Following this, the Mavs kicked it into a new gear, winning four matches in a row.

During the win streak, they’ve allowed their opposition to score only once.

This streak hasn’t come without its dramatic moments. On Sept. 18, captain and senior back, Trista Seara, scored the winning goal in the 108th minute of double overtime to defeat Wilmington University (Del.)

A few days later, the Mavs kicked off East Coast Conference play with a game-winning goal in the 69’ minute from senior Mackenzie Warner to defeat Queens College, 1-0.

The Mavericks have had stellar defense and goaltender play to open the season, including three shout-outs in their first five games. Junior Melissa Torres has established dominance in the net with 21 saves so far.

On the other end, their offensive success has been a team effort. Three players have two goals this year (M Natalia Elizarraras, M RaeAnn Ioannou, B Trista Seara). But Seara, whose six points leads the entire team, has contributed both of her goals result in game-winners.

Mercy looks to add to their 4-1 record with two games this week. They host Holy Family University at Mercy Field on Tuesday, September 24th @3pm. They then travel to Daemen College (N.Y.) looking to start 2-0 in conference play for the fourth year in a row, on September 28 @11am.