Volleyball Win 3 Of 4 Games In A Week

The Mercy Mavericks Volleyball team is on fire! They have now won three of their last four-games 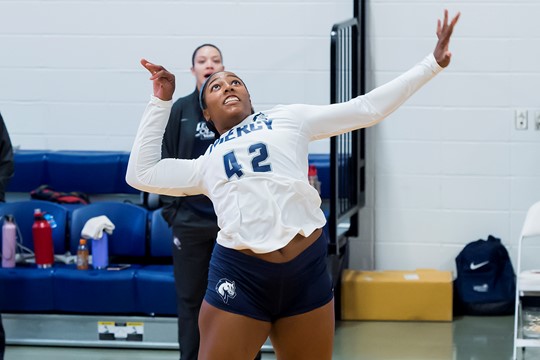 The Mercy Mavericks Volleyball team is on fire! They have now won three of their last four-games 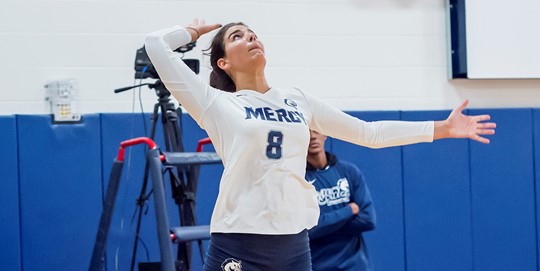 In the losing effort, Mercy had a hitting percentage of .067 with 26 kills and 36 digs and Daemen hit .296 with 43 kills and 40 digs. Garcia led the Mavericks who had a game-high 23 assists and a team-high eight kills from sophomore Vulic.

In the third game of the week, Mercy would travel up to Rochester NY to face Roberts Wesleyan College and picked up a critical road win.

Leading the way was Nunez Casal with a career-high 19 kills.

Playmaker Natalia Garcia assisted the way to victory with 44 assists. She now has 483 assists this season. This was her 7th game of 30+ assists in a game this season.

Head Coach Georgia Efthalitsides and the Mavericks resume action on Wednesday, October 9th when they play at Molloy at 7 p.m.